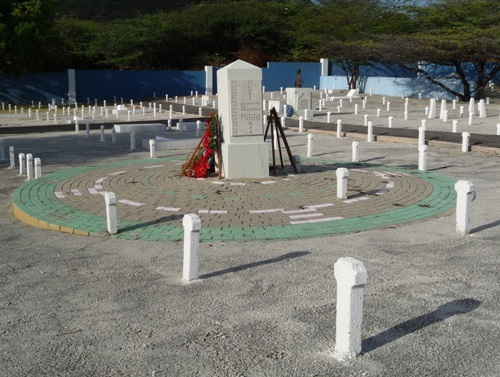 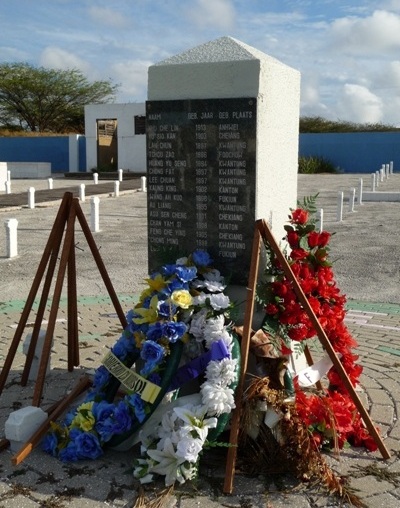 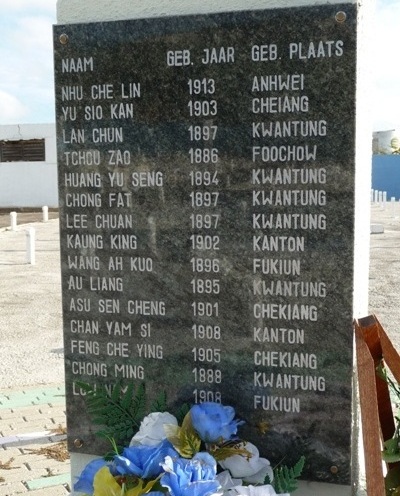 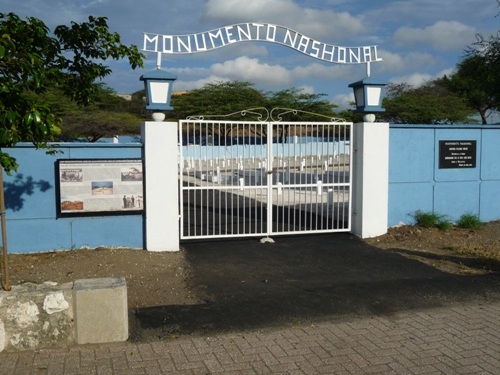 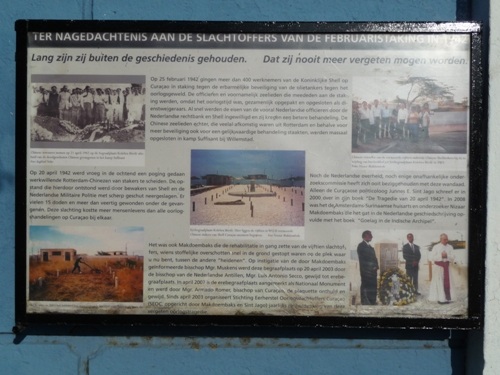 On the Kolebra Bèrdè cemetery in Kas Chikitu (Willemstad, Curacao), an unconsecrated burial ground for unbelievers and sinners, a mass grave can be found for 15 Chinese merchant sailors enlisted on Dutch ships. They were shot dead on April 20th 1942, related to a strike.

Over 400 Chinese sailors employed by the Dutch had been on strike on the island since February 1942, to extort protection of the merchant vessels from the violence of war. When the ships were torpedoed they had no chance of survival. Because it was wartime employer CSM (Curacao Shipping Company, later Royal Shell) and the colonial government wanted to break the strike as soon as possible, if necessary by force. This resulted in a tragedy.

Since 2003 the graveyard and the graves there (also see: Dutch War Graves Kolebra Bèrdè) are being maintained and cared for by the Stichting Eerherstel Oorlogsslachtoffers Curaçao (SEOC; Foundation for the Rehabilitation of Curacao War Victims). Annually, on April 20th a commemoration is organised by the SEOC, since 2016 in collaboration with the Curacao authorities, who have officially declared April 20th Day of Remembrance for "The April murders".