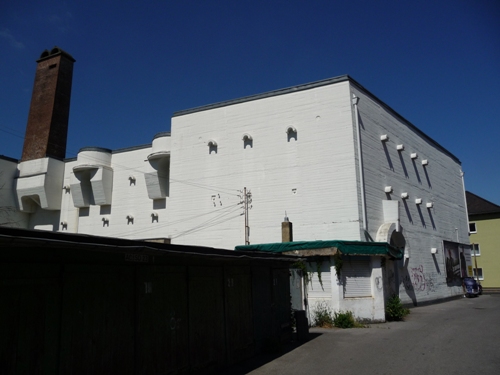 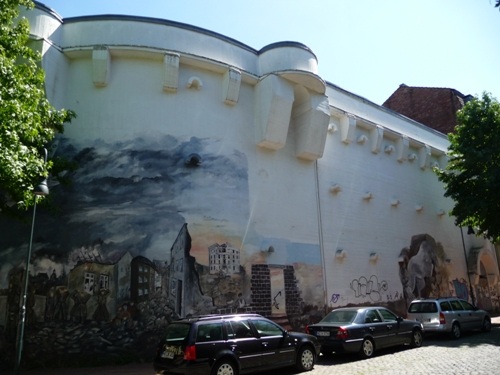 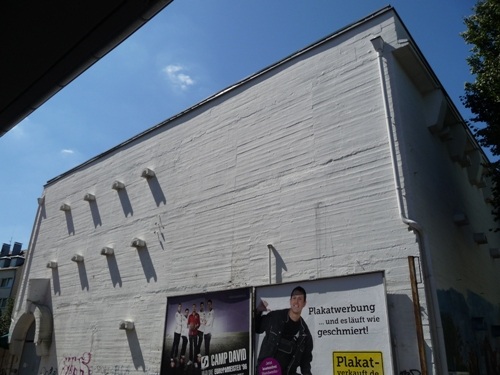 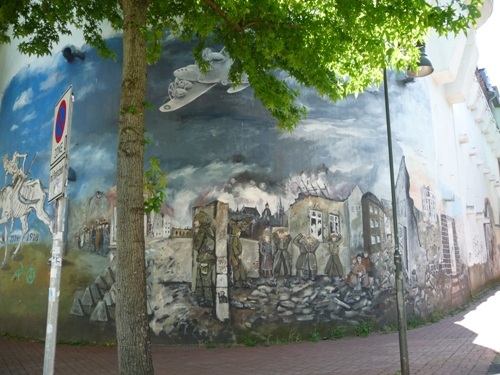 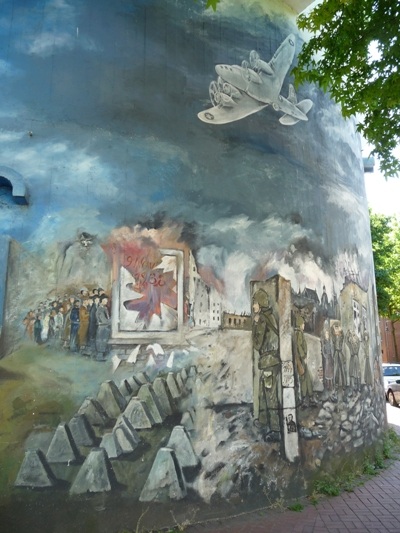 This air raid shelter (in German: Hochbunker) is situated at the Scheibenstraße, close to the centre of Aachen. During bombardements people could find shelter here.

This mural on the air raid shelter in the Scheibenstraße show the hostory of Aachen. A large part of the mural tells about World War II. Shown are the persecution of Jews, the West Wall, the bombardments (but also the liberation), the destruction and the capture of German soldiers by American soldiers.