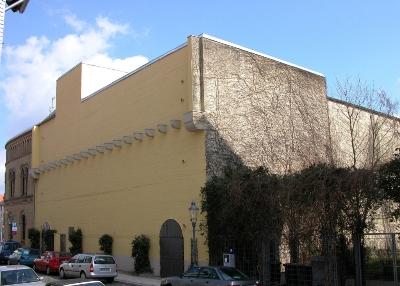 This air raid shelter (in German: Hochbunker) was build in 1940/1941, on the location of the former synagogue of Braunschweig which was destroyed in 1938. Officially, up to about 820 people could find shelter during bombardments but sometimes more than 4000 people found protection. The bunker had 4 floors. The outer walls has a thickness of 1.10 meters, the roof a thickness of 1.40 meters.
Because of bomb-explosions nearby the bunker shaked and the surrounding area was completely destroyed, but the bunker was able to protect the people in it.