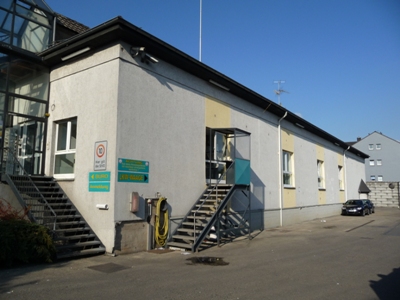 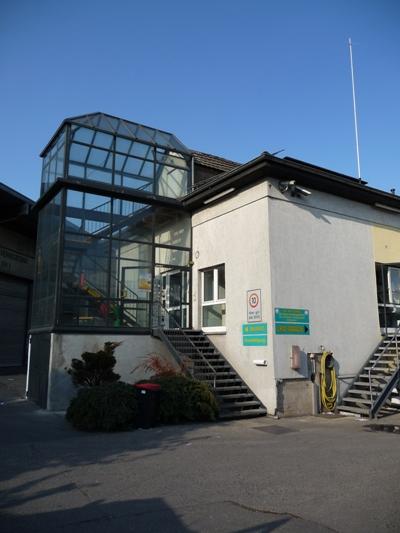 This relatively small air-raid shelter (in German: Hochbunker) is situated at the Weißwasserstraße (Fringsgraben). People could find shelter here during bomb attacks.

The bunker is now a factory building. Opposite the street was a similar bunker which, until recently, was in its original state. This bunker is now demolished but on Google Maps is still visible.