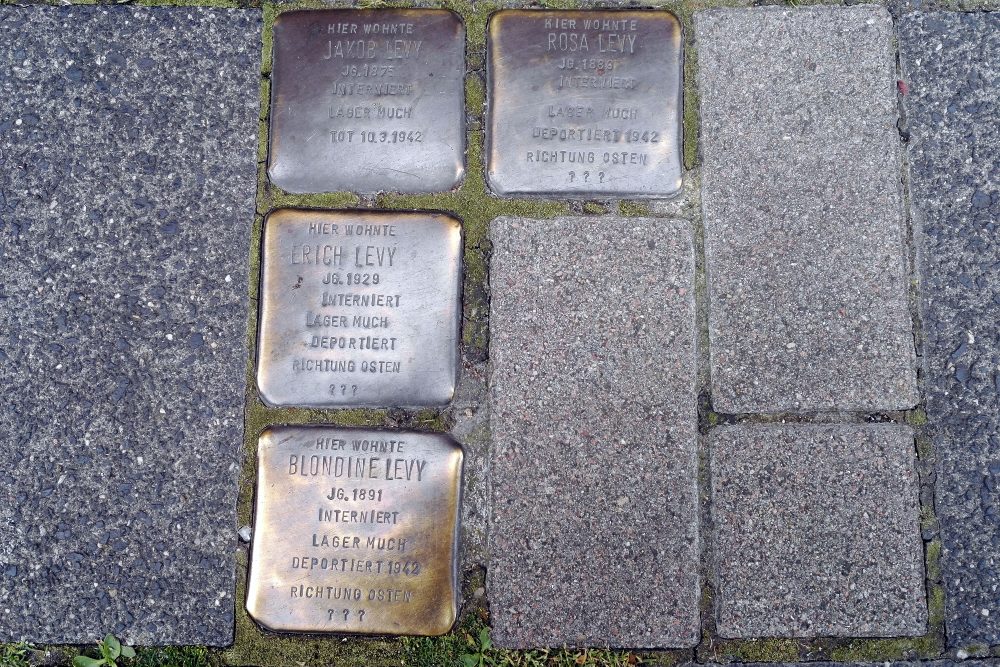 The small brass plaques, in the pavement in front of houses of which the (mostly Jewish) residents were murdered by the National-Socialists, mention the name, date of birth and place (mostly a concentration camp) and date of death.