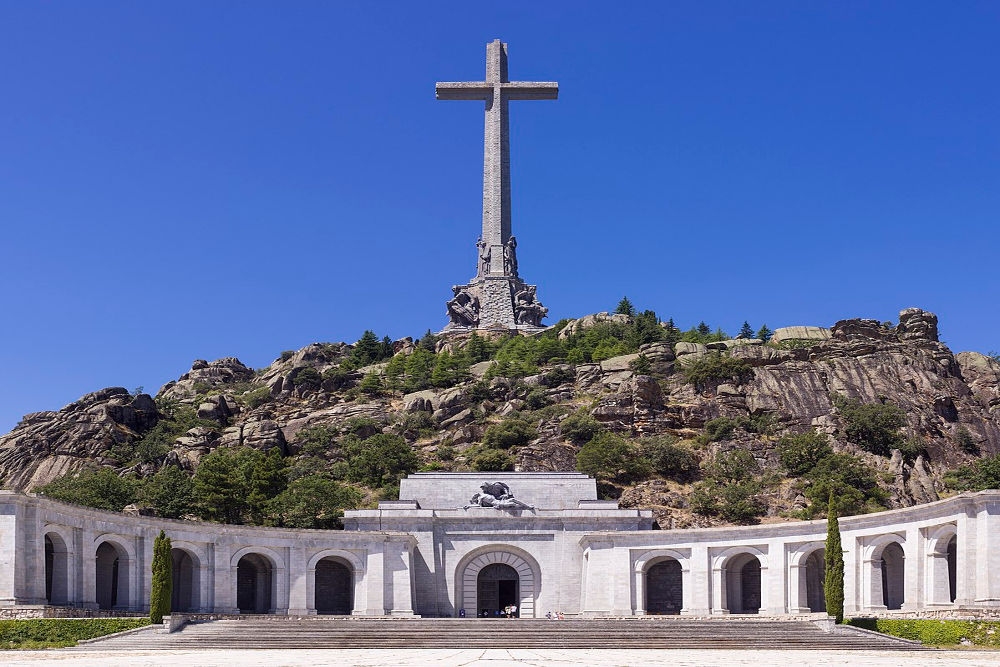 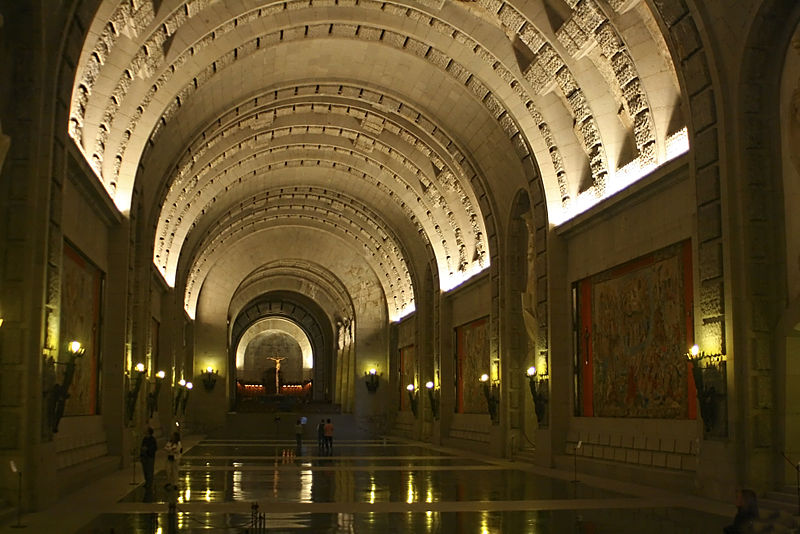 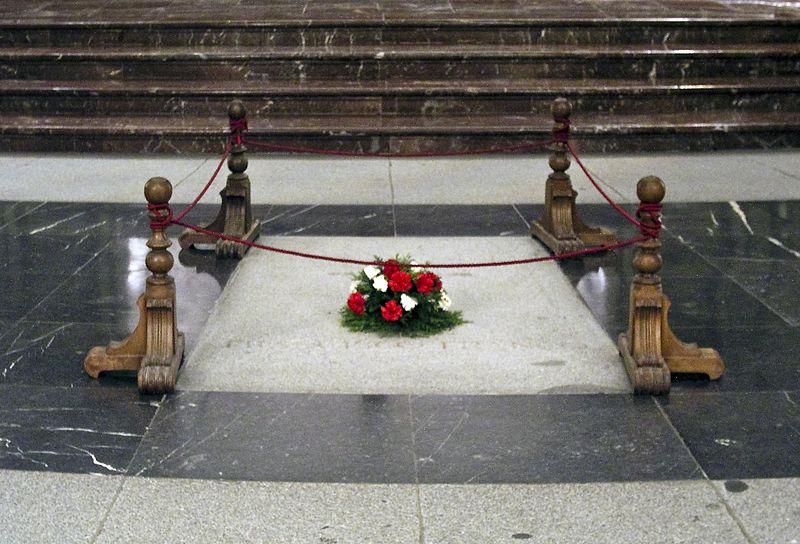 This basilica (Basilica of the Holy Cross of the Valley of the Fallen) is hewn out of a granite ridge. The dimensions of this underground basilica, as excavated, are larger than those of St. Peter's Basilica in Rome. The basilica commemorates the 40,000 victims of the Spanish Civil War, Nationalists as well as Republicans, who were transferred from other cemeteries and mass graves in Spain and are buried here. The names of the identified victims are accounted for in the register.

This cross, the largest cross in the world with a height of 152.4 metres (500 ft), is erected over a granite outcrop 150 meters over the basilica. It commemorates the Nationalists who were killed in the Spanish Civil War.

Francisco Franco (4 December 1892  20 November 1975) was a Spanish general, dictator and the Caudillo (the military and political leader) of Spain from 1939 until his death in 1975. He ruled Spain for 36 years. Before that, he was the leader of the Nationalists in the Spanish Civil War.

His grave was located in the basilica, behind the altar. He was the only person interred in the Valle de los Caídos who did not die in the Spanish Civil War. On 24 October 2019, his grave was transferred to another location.