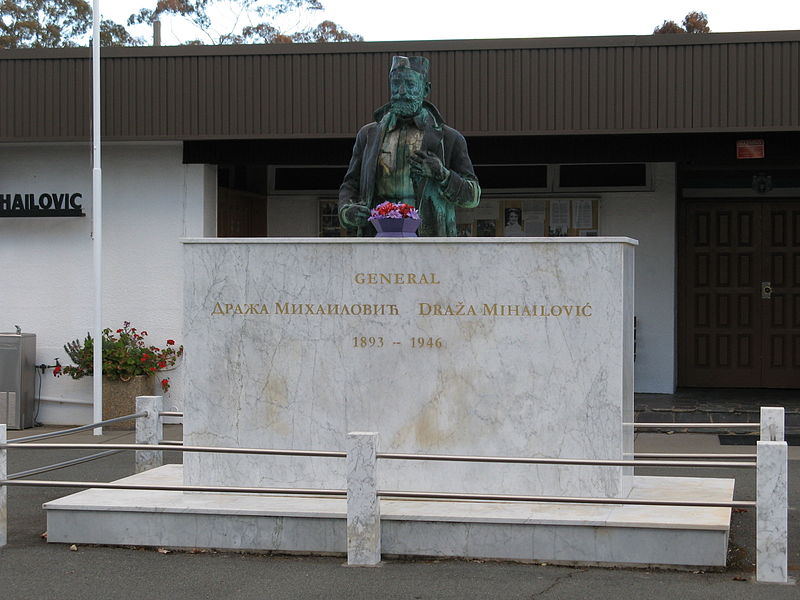 This memorial at the Serbian Church commemorates Dragoljub (Draa) Mihailović (26 April 1893  17 July 1946), also known as Uncle. He was the commander of the Royal Yugoslav Army (Chetniks) in the country during World War II, which were resistance forces against the enemy which occupied Yugoslavia.
Through the undaunted efforts of his troops, over 500 US Airmen were rescued from the Enemy Occupation Forces and returned safely to friendly control. For this he was awarded the "Legion of Merit" award by President Harry Truman.
Because certain units of the Chetniks decided to fight against the Partisans and therefore collaborated with the occupiers, Mihailović was arrested after the war and executed by the Partisans.