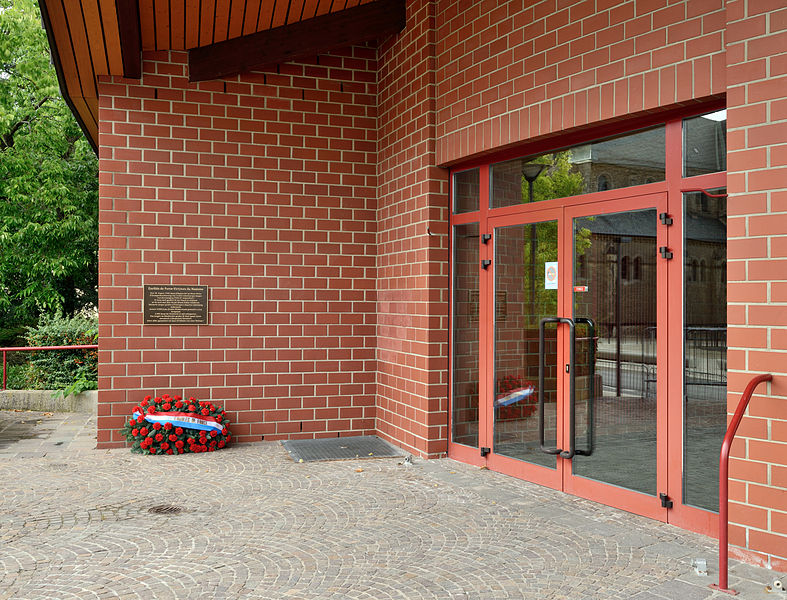 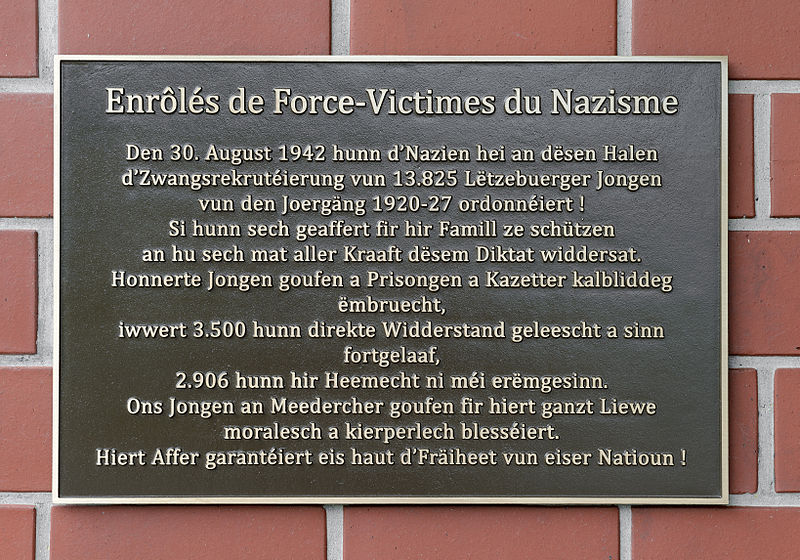 This plaque on the Salle Hall Victor Hugo commemorates the "Enrôlés de Force": the men from Luxembourg, born between 1920 and 1927, who were forced to fight in the German Army in World War II. Many of them were killed in action or died in prisoner-of-war camps on the Eastern Front.
In this hall, the conscription was made public by gauleiter Gustav Simon, on 30 August 1942.