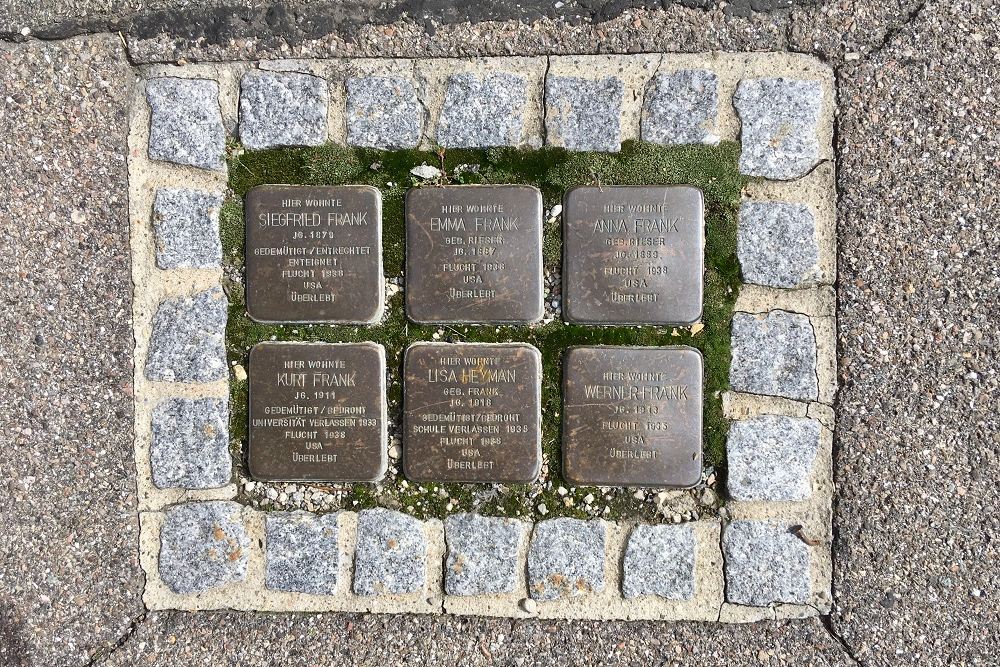 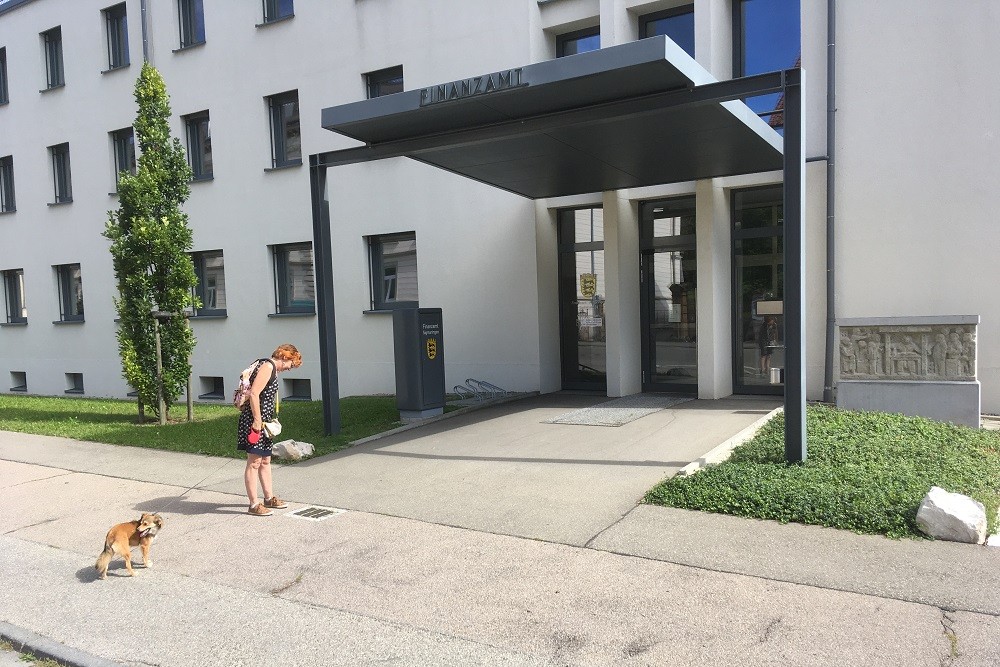 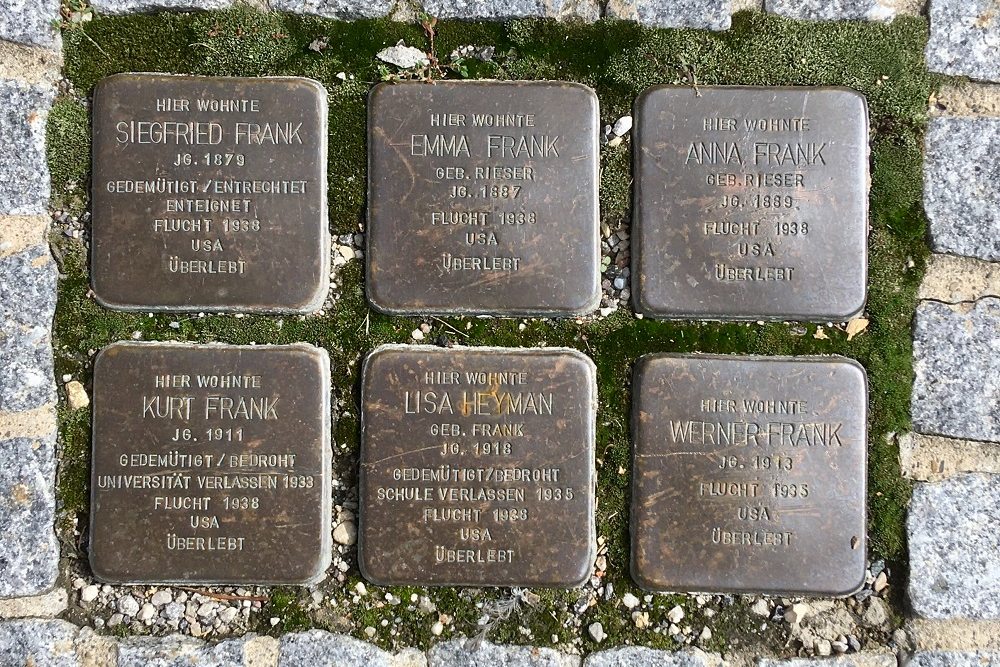 The small brass plaques of 10 by 10 cm, in the pavement in front of houses of which the (mostly Jewish) residents were persecuted or murdered by the Nazis, mention the name, date of birth and place (mostly a concentration camp) and date of death. In this situation, all involved fled Germany and survived the Second World War.