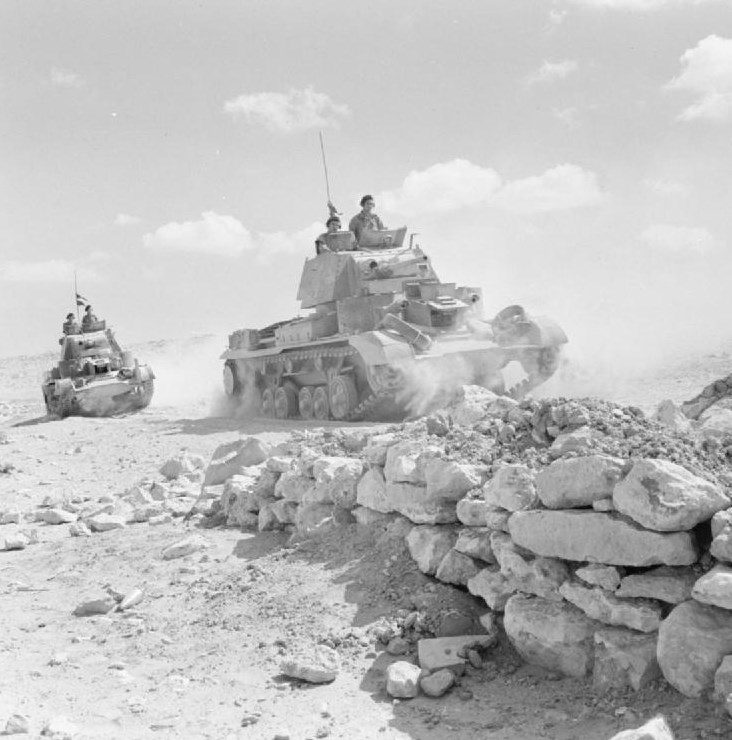 Desert patrol in the Tobruk area is carried out by cruiser tanks such as that seen above, among others. Most of the officers and men who form the crews of these tanks have taken part in the war in Libya since it began. "Our patrols were active in the Tobruk area" is an official formula which conveys little to the man in the street, but those few words may cover many a story of strange adventure in the desert sands where British tanks are a tempting but elusive target for Axis artillery and dive-bombers. Photo, British Official; Crown Copyright.

Typical of small-scale encounters between British and German troops in Libya was the following incident, in which a captain and 44 men of a famous rifle regiment were engaged. Telling of his succes