This is the story told by Pilot Officer Holbrooke Mahn, 23-years-old American member of the Royal Canadian Air Force, who spent 14 days in a small dinghy in the North Sea following the crash of his Hampden bomber.

While we were flying off the Frisian Islands at about 200 to 300 feet the port engine of my kite suddenly failed. We did not have time to jettison the bombs before the crash. The dinghy had been successfully released and a gunner and I hoisted the dazed navigator into it. The tiny craft was full of water, but we dared not bale it out for fear of losing what gear we had in the dark. All our iron rations, pigeons and other gear had gone down with the aircraft.

At sunrise the weather was fairly sunny, and we managed to get our feet and clothing dry, but we found our food was contaminated by petrol. The water, however, was intact. We had two containers of approximately one quart each. We put out a sea marker and estimated a drift of eight miles to the northwest on the first day. We all felt fairly comfortable, including the navigator, who was fairly well recovered by this time.

We drank no water at all on the first day, and decided to ration our small supply to one sip each in the evening. Two quarts won't go very far among three men. The first night was quite calm. We tried out the flares, but they, like the food, had been too much damaged for use by the force of the crash.

The second and third days were much the same as the first. We all felt fairly cheerful, but on the fourth day things got worse. A high north-north-west wind sprang up and the heavy swells soaked us to the skin. For the next six days I got very little sleep  we baled continually. We had to drink more water than the sip we had agreed to, and we finished our first bottle on the fifth day.

On the evening of the eighth day, about two hours before sundown, our spirits were suddenly revived. A Junkers 88 circled our craft. Thinking our rescue was near, we drank the last of our water. But then a Beaufighter dived to the attack and the Junkers headed for home. As the Beaufighter dived low over our dinghy, we waved, but it made off and we never saw it again.

Shortly after sundown the navigator died.

The ninth day was cloudy and rough, and there was an easterly wind which drove us away from the Dutch coast. At about four to five o'clock four Hudsons came over us on a parallel course, at about 600 to 700 feet, but our tiny dinghy was not spotted. The Hudsons came and went for about an hour or an hour and a half and then went away.

Now the gunner lost hope. He was much weaker than I, and next he began drinking sea water. I took away the can and threw it into the sea. I had no desire to drink sea water, I did not want to die that way. About this time it began to rain and I tore off a piece of canvas from the dinghy and caught some of the rainwater. I tried to persuade my companion to drink some, but he would not do so. I therefore drank it all  several tablespoonfuls.

Soon after drinking the sea water the gunner became delirious, and two hours later he died. It was quite a struggle, in my weakened condition, to remove his body from the dinghy. On the 12th day, however, I had to stop baling entirely owing to weakness.

On the 13th day I had my first food since the day of the crash. A seagull alighted on the edge of the dinghy. It stuck its head under its wing. I grabbed it, cut of its head, and sucked the blood. I also ate the fish in its guts. I was not struck with repulsion, but had only a desire to get something to eat. The bones and feathers were found in the dinghy when I was picked up. Barely had the 14th day of agony begun  it was 12.45 in the morning of June 18  when help arrived and I was rescued. 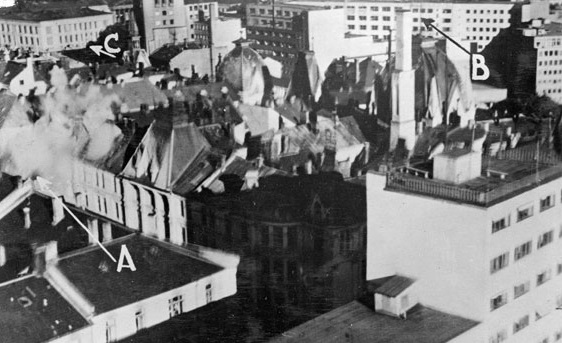 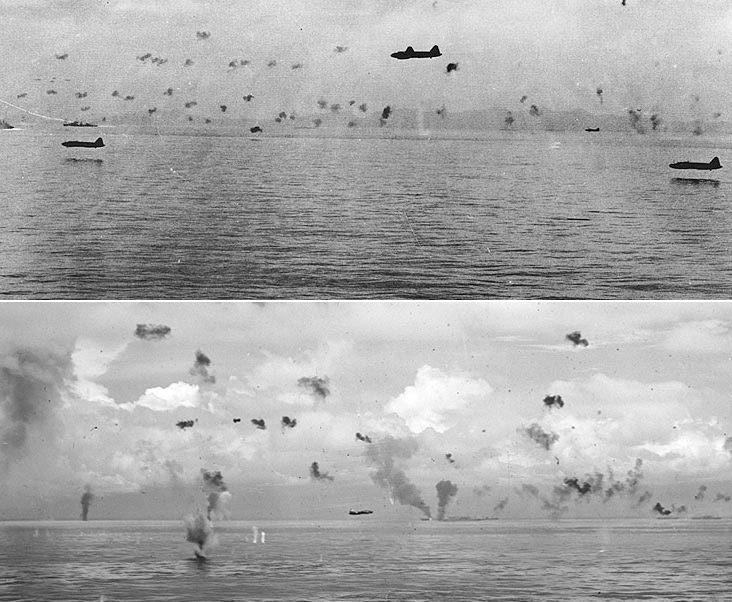