Surrounded by Nazi tanks in Southern Tunisia, a "lost" American battalion was led for more than nine miles, through the enemy lines and back to its own base by Major Robert R. Moore, of Vallisca, Iowa, who told to Reuters Special Correspondent, Alan Humphreys, this story of how it was done.

We were holding positions on the Djebel Lessouda  just north of Lesouda, about 25 miles east of Sbeitla  when the Germans threw more than 100 tanks round us in the dawn attack they launched on Sunday, February 7. We were well dug in, and for three days we stuck there. We beat off several attacks, did not suffer a single casualty, and captured some prisoners.

These included a German captain. "My comrades will soon come", he told me. "There is nothing for you to do except surrender." He is still a prisoner, and I should like to see his face now. By Tuesday evening we had eaten all our food. Ammunition was perilously short, when an American plane swooped over us and dropped a long yellow streamer. Inside was an order from the commander telling us to withdraw during the night to a point where protection and guides would be waiting.

The battalion moved out during the night and marched along a road. A sentry rose from a slit trench and challenged us at one place, but I did not answer. I just kept on, and he apparently assumed that such a large force so far behind the German front could only be Germans, and he got back into his trench. I had given instructions to the leading troops not to fire in any circumstances for fear of prejudicing the chances of escape of those behind.

We reached the rendezvous and I was looking around when I was challenged. It was an unpleasant sound. The Germans had got there before us. I did not answer and went back to the column, where an officer asked: "Who was it?" I told him, and gave the order to keep going. We went on. We were challenged again, and still I did not answer.

Then machine-guns opened up and hit the middle of one company, who suffered about twenty-five casualties. The Germans began firing along the ditches, so the officer commanding the following company led his men down the middle of the road. All came through untouched.

The next company had gone to the right and came pat without even being fired at. Finally we caught up our protection and guides. I heard the familiar challenge, and asked "Are you American?" The reply came back: "Are you that infantry outfit?" I Said "We are, and I'm glad to find you!" 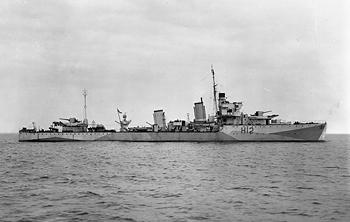 Marshal Timoshenko, it was announced on March 1, 1943, had launched an offensive against the German 16th Army in the region of Lake Ilmen, and had captured the towns of Demyansk, Lychkovo and Zaluchye