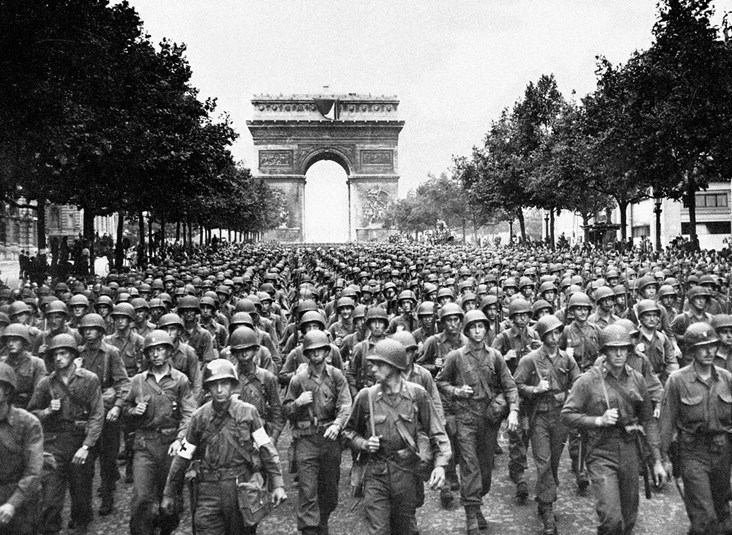 Thousands of U.S. Troops, with tanks and other armoured vehicles passed through the streets of Paris on August 29, 1944, on their way to the front. In a two-hour procession massed infantrymen marched down the Avenue des Champs Elysées to the Place de la Concorde, where Lieut.-General Omar Bradley, commander of the 12th Army Group, and General Charles de Gaulle took the salute. In the background is the Arc de Triomphe, draped with the Tricolour. Photo, Associated Press.

How We Blasted the Huns with Flame in France

I Was There! - Our Kill-or-Capture Raid on Thira Island

The enemy-occupied Greek island of Thira was the recent objective of a raiding party, as described here by Sgt. Instructor D. B. Henderson of Perthshire. He tells how the German radio station was dest