I visited a R.A.F. Casualty Air Evacuation Unit in Belgium that was formed in November 1944. Commanding it is Wing Commander J. Clarke Taylor, graduate of Glasgow University, a R.A.F. regular M.O. The unit has three Flights, with the H.Q. and B Flights at one Belgian aerodrome and A Flight at another. This unit evacuates patients from eight base hospitals. Squadron Leader J. G. M. McMurchy of Manitoba is O.C. B Flight. Each Flight has one Senior Nursing Sister with the equivalent rank of Flight Lieutenant and three Nursing Sisters with the equivalent rank of Flying Officer. There are three doctors per Flight, and each Flight has an operating theatre.

From an Advanced Landing Ground type of evacuation centre in Holland severe cases are evacuated direct by air to the U.L. Light cases fly back to Belgium, go into Base Hospital for treatment, and are kept in base hospital if they can recover within 31 days. At the base hospital the Medical Air Liaison Officer makes arrangements for the most serious cases to be evacuated thence by air to the U.K. The Unit made a record in transporting one casualty from the front line to U.K. hospital in 12 hours. But a paratrooper holds the absolute record. He was shot while in the aircraft, went back to the end of the line and in due course flew home in the same plane.

The forward shuttle between Holland and Belgium began in mid-September 1944, and is carried out by Handley Page Harrows converted to Sparrows. This flying unit, known officially as the Sparrow Flight, has six aircraft, one of which had been damaged by flak, and the first pilot and one of the wounded passengers hit. In command is Squadron Leader I. C. Murison, of Edinburgh. The main evacuation is carried out by Dakota air transports. The aircraft carry 13 lying and seven sitting cases, and on their return journey fly in blood stores, stretchers, and other articles. They do not bear the Red Cross, because they may be used for carriage of men or stores not within the Convention. There are no Red Cross aircraft, as such, in Europe, although the R.A.A.F. has Red Cross aircraft in the Far East.

This C.A.E.U. can reach a peak of 500 cases per Flight per day  a total capacity for dealing with 1,500 cases daily. In the main airfield casualty clearing ward men lay in rows on stretchers waiting for the ambulances to take them to the Dakotas. Their stretchers stood high off the floor on the special steel stands (these were made in Belgium) that are now used in the field for stretchers. I spoke to one of the men. He smiled. It was a sad smile. Yes, he was glad to be going home, but he had not expected to be going home like this. How did you expect to go home?  I asked. On my own pins, he said. Poor fellow! He was an amputation case. But, in an earlier war, he might never have gone home at all.

The ambulances ran up close alongside the aircraft. Orderlies lowered the upper stretchers to the floor of the ambulances with smooth operating winding-gear, lifted the stretchers out carefully and carried them the few yards to the open door in the side of the Dakota. They were lifted in manually and placed in position in tiers of three on either side of the tunnel-like interior of the aluminium alloy fuselage. Sitting cases were helped up the companion that the aircraft carries for ordinary passengers. Each Dakota had a W.A.A.F. Air Ambulance Orderly, quietly going about her work of seeing that all her patients were comfortably settled. During the flight she can provide food or drink, administer morphia or oxygen as required. They seemed to like their work, and take pride in it. One I spoke to had completed 43 trips and flown 200 hours, duly entered in her logbook.

All kinds of patients come to the air ambulances from the C.A.E.U. One of the ladies of the Sadler's Wells Ballet company contracted antrum trouble, and as a member of E.N.S.A. was treated in the base hospital and then sent home by air. The big hatch in the fuselage is closed. The engines start. The air ambulance taxies to the end of the runway, rises and climbs away above our heads. An hour later the casualties will be passing over England, soon to be landed on their destination airfield.

Where the Allies First Broke Into the Reich

We entered Holland by crossing the swollen river over a wood and pontoon bridge, for the original bridge lay wrecked in the Maas. The Germans had evacuated Belgium too rapidly for much damage to be done to the towns and villages by fighting, and the first badly damaged place I saw was Sittard, Dutch Limburg town of 15,000 inhabitants.

We were then on our way to the active front, and visiting the sector where the first bitter fighting took place on German soil, the area between the Maas and Roer rivers, from Aachen in the south to Roermond in the north. Here stands Sittard in the coal-mining district of Holland. The slag heaps made familiar pyramids. Underground the mine galleries continue across the frontier into Germany, and at that time the farther shafts and galleries were in German hands, so that it was impossible to work the Dutch seams; this undoubtedly aggravated the coal situation on the Continent, and must have had an adverse reaction on the coal situation in Britain.

It was past midday and we stopped at a hotel in Sittard, but there was nothing to eat or drink  no tea, no coffee, no beer. Fortunately we carried sandwiches in the car. Continuing along a narrow road we crossed the frontier into Germany. In Hongen, a small agricultural village, there was not a house undamaged; roofs and floors were fallen in, and thatch lay about the ground: the air was filled with the horrid odour of burnt-out homes. Heinsberg, two miles from the Roer river, was worse. It was smashed up, not just knocked down. (Heinsberg, Düren and Jülich were bombed by Bomber Command in daylight on November 16, 1944, the first support of its kind given to U.S. forces.) Heinsberg had the appearance of having been burgled, an effect created by the evacuation of the place by its former inhabitants, who had fled deeper into Germany, taking what possessions they most valued with them, and leaving the remainder scattered about by the fury of their search to find what they thought most worth taking.

A cash register stood awry in one shop, still marking the last sale made. Outside one house the pavement was strewn with cheap professional photographs of German soldiers, lying, presumably, where they had fallen when someone fled. Among a road block of military vehicles held up by mud more than axle deep amid treacherous bomb-and-shell-holes, I saw a solitary German woman civilian walking through the village; it was the short daytime period free from curfew.

When such villages are captured, German civilians, who remain behind, usually in hiding, are sorted out. They are examined, and disinfected with DDT (dichloro-diphenyl-trichlorethane), the disinfector that saved Naples from disastrous typhus. This white powder, shot inside their garments by a spray gun, kills all lice. Many German civilians from this frontier area were sent back to Holland to live in camps which the Germans had formerly prepared for Dutch internees, but when it was safe to allow it some of them were given permission to return to their homes.

It struck me how few birds were to be seen. In the course of a whole day I saw only three magpies and four crows. I saw no song bird anywhere in Holland, and few in Belgium. Whether they had migrated in search of food, or had themselves been killed for food, I cannot say, but only in the desert have I before travelled so far and seen so few birds. The only wild animals I saw over a wide area were two hares.

Just ahead above the Roer river, little Auster planes were spotting amid clustering flak bursts; higher up a big formation of Thunderbolt fighters came west returning from a mission. United States troops were taking over from British in that sector. In the wide space of a harrowed field an American A.A. battery was setting up its 90-mm. guns. Many of the men came from the north-eastern States and preferred the dry cold of the period of snow and frost to the damp weather that had followed. A tiny white puppy gambolled about one gun platform; they called him Snowflake.

Taking a short cut, we stuck more than axle deep in the mud of a road that had been but a farm road before war swept over it, and had a hard job to reach Sittard again, recognizing our direction from the fighter that had belly-landed in a field where unrecovered mines lay still buried; this is one of the hazards of the modern forced-landing in time of war.

We passed over the magnificent Juliana Canal to reach Susteren, Dutch town less than two miles from the German frontier and three from Maeseyck in Belgium, at the narrowest part of the Maastricht appendix. Here several houses were newly damaged, and their Dutch owners were removing their belongings and taking them back on horse-drawn vehicles. From Maeseyck we wanted to go to Weert, but the direct road was too badly damaged by frost, flood and traffic, and in the growing dusk our Humber car roared away up the fine road towards Roermond, a Dutch town then in German hands, on the farther side of the confluence of the Roer and Maas. A short distance from the river we turned left for Weert, where the canal was dry and barges and boats were stranded on the canal bed.

Previous and next article from Seeing the War at First Hand

Why Our Soldiers are Fittest in the World

No one who has studied the present war can fail to be struck by the relatively low fatal casualty rate in the British and United States land forces. This is not due solely to the kind of war that is n

Many of the roads in Belgium and Holland are surfaced with stone, cut in the shape of cubes and laid close together, without mortar or cement, on top of the levelled soil. Such roads stand up reasonab

Why Our Soldiers are Fittest in the World

No one who has studied the present war can fail to be struck by the relatively low fatal casualty rate in the British and United States land forces. This is not due solely to the kind of war that is n

Many of the roads in Belgium and Holland are surfaced with stone, cut in the shape of cubes and laid close together, without mortar or cement, on top of the levelled soil. Such roads stand up reasonab 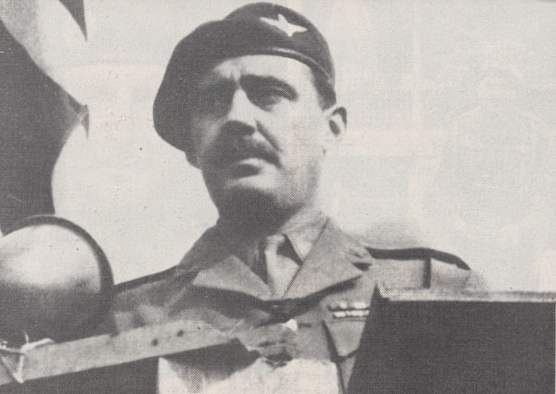