Motto: "We Act with One Accord"

Formed at Thetford, Norfolk, on February 1, 1916, the squadron flew to France in Jan. 1917, where it was allocated to the Cavalry Corps, association with which is perpetuated in the unit badge, which bears a horse's head "winged". It was reformed in Bomber Command in Nov. 1940, and on March 11, 1941, became operational, attacking docks at Le Havre and Hamburg.

On June 30 it undertook its first daylight operation, at Kiel, and in September three Halifaxes made the 1,700 miles round trip to Turin in Northern Italy. The year 1941 ended with a heavy daylight attack on the Scharnhorst and Gneisenau at Brest. On Feb. 12, 1942, six Halifaxes took part in "Operation Fuller", the attack on the Scharnhorst, Gneisenau and Prinz Eugen, in their escape up the Channel to North German ports. The Tirpitz, lying near Trondheim Fjord, was twice attacked in April, and on April 29-30 the squadron took part in the historic 1,000-bomber raid on Cologne.

Using the Pathfinder Force technique, 10 Halifaxes led an attack on Milan on Oct. 25, 1942. The Schneider locomotive and armament factory at Le Creusot was attacked on June 19-20, 1943, and on August 17 the German experimental station at Peenemunde (engaged on rocket projectile development) on the Baltic coast, and in September the rocket weapon sites in the Pas de Calais area.

No. 35 began to play its part in the landings in Normandy shortly after midnight on June 6, and in October it bombed the German gun batteries on Walcheren. On the cessation of hostilities, "Operation Exodus", the repatriation of Allied prisoners of war, was carried out by the Squadron.

By L. Marsland Gander, who as War Correspondent of The Daily Telegraph saw the capture of Monastery Hill and the town of Cassino in May 1944. The jagged, piled masonry of Cassino today poses one of 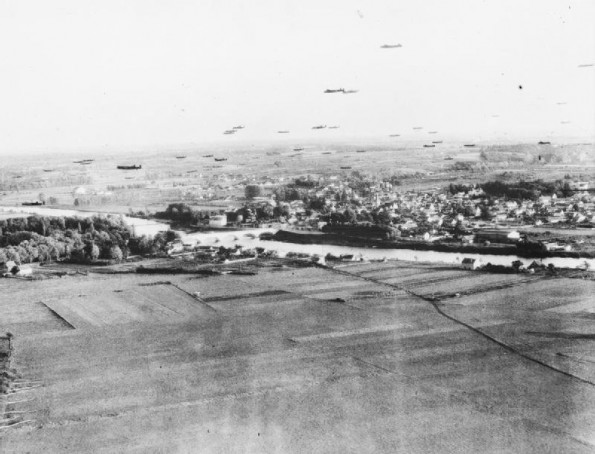