Passengers two miles out at sea on the last ship to leave Cherbourg on June 19 saw the whole quayside fall in ruins as British Marines blew up the docks. This story of the end of the great French port was told by a French naval officer when he arrived in England.

On June 18 we were told to expect a British tank division, which had fought a gallant rearguard action on the Somme, where the front was cracking, and then later on the Seine.

They came rumbling into Cherbourg in the evening. Half the population had already left. Those who had resolved to stay were putting up their shutters and barricading themselves in their houses. The Germans were only a few miles away.

We started embarking about nine o'clock in the morning. Outside on all the roads leading into the town French infantry were guarding the approaches from behind barricades.

All along the quays there were British Marines drilling holes to lay dynamite. The big quay were passengers used to land from America was a weird sight. Hundreds of army vehicles stood wheel to wheel. Under this quayside were hundreds of sticks of dynamite.

The first to be got aboard were the British tanks. An officer volunteered to take two small tanks out of the town to clear the roads of any Germans.

When he got to the last barricade guarding the town, the French infantry holding it told him they were awaiting orders to evacuate and move south.

The British tank officer said to them: "Well, have a good look at these tanks, and don't fire when we come back, if you are still here."

The two tanks sailed through, and after patrolling a mile of two they turned back. Immediately they got to the barricade the officer opened the turret of the tank and waved his British tin helmet. Then he had to duck back as a machine-gun opened fire on him from the barricade.

There was nothing for it but to fight, and, after about fifteen minutes the tanks demolished the barricade and overcame the defenders. Anxious to find out why they had been attacked, the officer got down and examined the arms of the dead. They were all German, though the barricade defenders wore French uniforms. They were parachutists dropped overnight.

When the two tanks arrived at the quayside the embarkation was almost complete. They had only just time to go on board themselves. Power had been cut off, and the cranes could not be used to lift the tanks on board. So they were sent crashing down the rocks to the sea. At twelve o'clock the last ship put out. I was on board. The only craft in the harbour was a small motor-boat manned by British marines, lying in the shelter of the breakwater, and waiting to touch a switch which would send the docks of Cherbourg, and all those lorries lined on the quayside sky high.

From two miles out at sea we saw the great port's end. The long lines of quays lifted slowly into the air, then suddenly broke into segments, while hundreds of minor explosions broke out. Then a great column of smoke rose up over the port and hung there like a black cloud in the sky as we headed for England.  ("Evening Standard.") 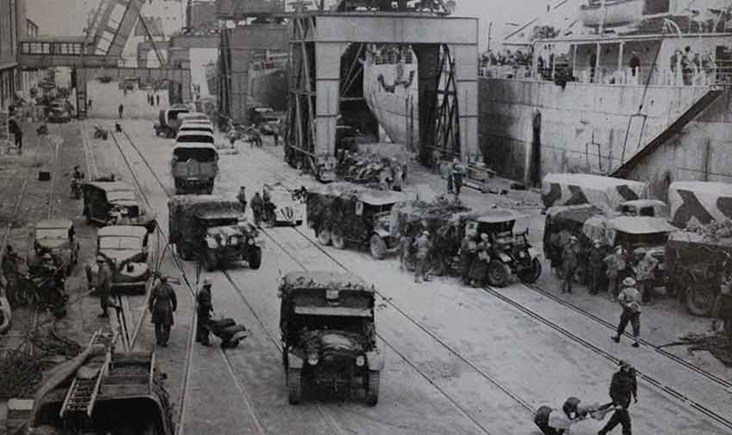 During the final retreat of the B.E.F. From France, it was possible to save far more equipment than was the case when the men from Dunkirk were taken off, under heavy fire, from the sands. Men and material after the retreat from Paris southward were embarked from ports that were well equipped for handling heavy cargoes. Here is the scene at Cherbourg when an almost endless stream of British Army lorries rumbled on to the quays and were safely embarked for Britain. Photo, British Official; Crown Copyright.

Volunteer demolition squads from the Royal Engineers helped in the destruction of French harbour works. One of these parties working at Brest had the added excitement of being marooned off the Breton

I Was There! - Jerry Machine-Gunned Our Little Boat

While engaged in whelk-fishing a few miles from their home port, three fishermen  Cyril Grimes, Roland Grimes and Joseph Barnes  were machine-gunned by a German 'plane which swooped upon their small

Volunteer demolition squads from the Royal Engineers helped in the destruction of French harbour works. One of these parties working at Brest had the added excitement of being marooned off the Breton 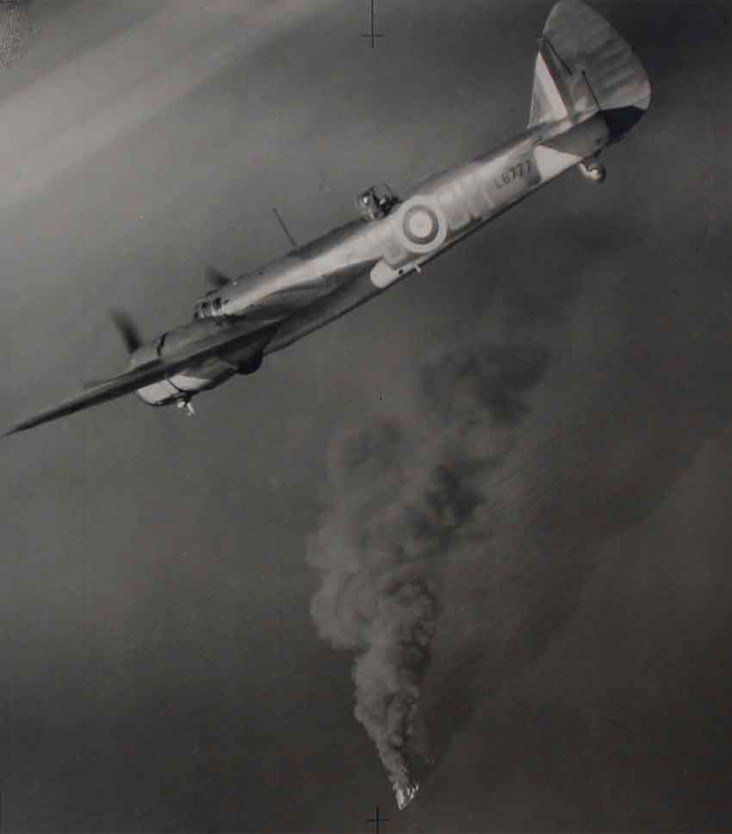 A few Thousand Tons of Oil Goering won't get

This remarkable and unique photograph shows a 'plane of the Royal Air Force actually in action in maintaining the blockade. Our bomber, far above the sea, had successfully attacked an enemy tanker c