Everybody Has A Good Word For A.R.P. Now

Much had been published of late concerning the activities of the A.R.P. organization in particular localities which had received the attention of Hitler's bombers. This article is in the nature of a valuation of the work that was done by Civil Defence as a whole.

For months and months the great army of A.R.P. had a very dull time of it. They had answered the call for volunteers in the spirit of most willing service, and if they did not look forward to any pleasurable experience after all, it's no fun being bombed they fully expected to be called upon very shortly to do their bit when Hitler's raiders were overhead. But the bombers were slow in coming, and it would not have been surprising if some of the first flush of enthusiasm had passed away, and the men and women who wore the badges of A.R.P. and A.F.S., the Red Cross and St. John, had got more than a little tired of waiting.

But even during the long dark days of winter  a winter, moreover, which was more bitter than almost any within the memory of living men  they never relaxed their vigilance. The A.R.P. wardens went on their patrols; the stretcher and rescue parties, the demolition and decontamination squads, practised to make perfect; the first-aiders manned their posts and dressing stations, and the men of the Auxiliary Fire Service on many an occasion proved their value as the reserve arm of the "regulars."

In the War's Front Line

But at last Hitler's bombers did come, and the A.R.P. army showed at once that the months of waiting had not been wasted. They went into action in the most efficient fashion, and from every part of the country where bombs have fallen there come tributes to their courage and their devotion to duty. More than one had been killed while performing his task and others had been wounded more or less seriously.

Today the personnel of Civil Defence  A.R.P., A.F.S., First Aid, Rescue and Decontamination Parties, and so on  totalled one and a half million, and it should not be forgotten that, with the exception of some 200,000, every man and woman in this great host was a volunteer, receiving no payment for the services they rendered in their hours, often very scanty, of leisure. In many parts of the country, including some large towns, the whole of the personnel consisted of unpaid volunteers. In the larger cities it was impossible for various reasons to rely entirely on voluntary service, and here the paid staff made up the essential nucleus of Civil Defence; they formed the stand-by parties who went on duty when actual raids occurred and in the course of every week they put in 72 hours of regular work. There was no difference in spirit, however, between the full-time and the part-time personnel, and in case after case over ninety per cent of the part-time volunteers turned out on receipt of an air raid alarm and they did this not just once in a while but night after night.

In general, the organization built up during the months of waiting had worked exceedingly well when put to the grim test of actual bombing. It had almost become the rule that hardly had the bombs finished dropping when the "first attendance" has arrived on the spot. Indeed, there were many cases when the personnel had gone about their work helping the injured, rescuing those buried beneath debris, fighting fires, and so on while bombs were crashing round about them. Many a life had been saved by their promptitude; many a fire which might have become a big blaze had been put out by A.R.P. wardens armed with stirrup pumps before it had time to spread from the attic or room in which the incendiary bomb came to rest.

It is only natural that actual experience should have dictated certain changes in the actually raided had come to repose in the local Civil Defence.

There has never anything very wrong about the morale of the British public, and their traditional sang-froid had been amply demonstrated. But all the same, the people in some of the "frontier towns" the women who followed their children's example and went early to bed, fully expecting that the middle hours of the night would be spent in their shelter; the workers who after a full day's toil in the munitions factory went to bed with some of their clothes on so as to be ready for the nocturnal dash, these derived considerable help and encouragement from the example of the warden coolly patrolling the streets as he blew his whistle, the A.F.S. men getting to work with their trailer pumps, and the women in overalls and nurses garb ready to deal with the injured whether it be just a cut or a crushed limb.

Less than a year ago Sir Edward Evans, one of the two Commissioners for the London Defence, referred to "Cinderella, the new baby of National Defence," and pleaded that Cinderella had got to be given her chance in life, and she still had a great deal to learn. Now, after the experience of a few weeks air raids, they may say that already the A.R.P. "Cinderella" has not only been given her chance but had shown beyond any question that she knows how to seize it. 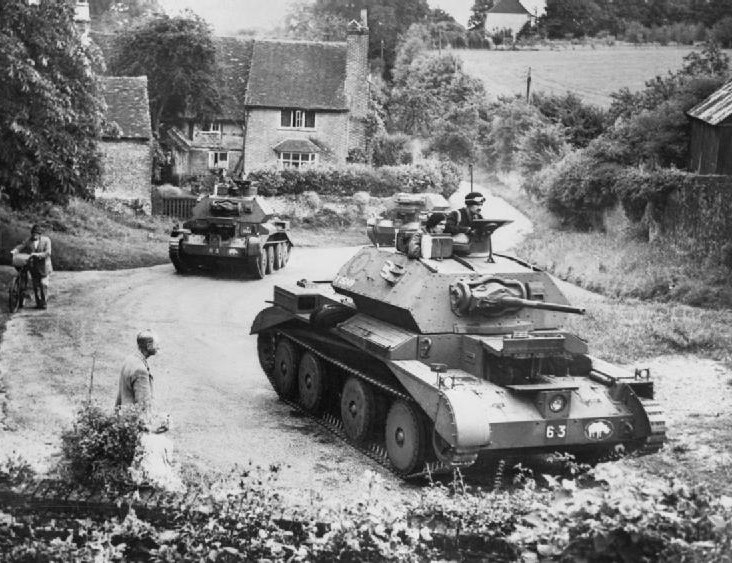 May the Nazis' Stay in Jersey Be Brief!

Good reasons enough have been advanced for the abandonment of the Channel Islands to the enemy; but those reasons do not appeal to everyone. "It was honestly meant", said Lord Portsea in the House of