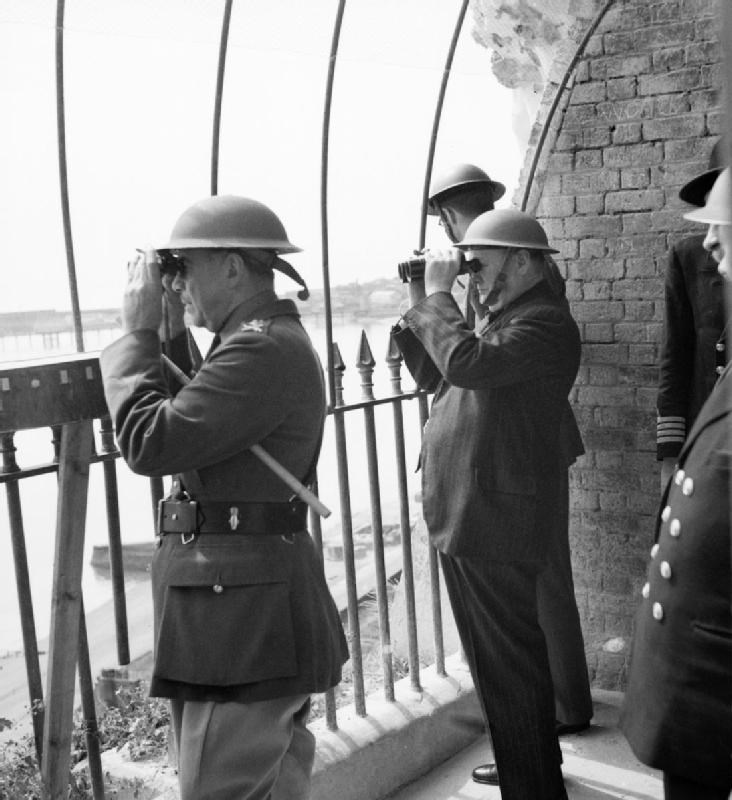 Determined as always to see for himself, the Prime Minister has visited many of Britain's coast defences. On August 28 he was at Dover when Nazi 'planes renewed their attack on the town and there was a fierce aerial fight overhead. Mr Churchill, wearing a steel helmet, mounted to a vantage point and watched the progress of the battle with keen appreciation of the skill and daring of the British fighters. Photo, British Official; Crown Copyright.

C.S.M. Gristock, of the Norfolk Regiment, was awarded the V.C. for most conspicuous gallantry on May 21, 1940, when his company was holding a position on the line of the River Escaut, south of Tournai 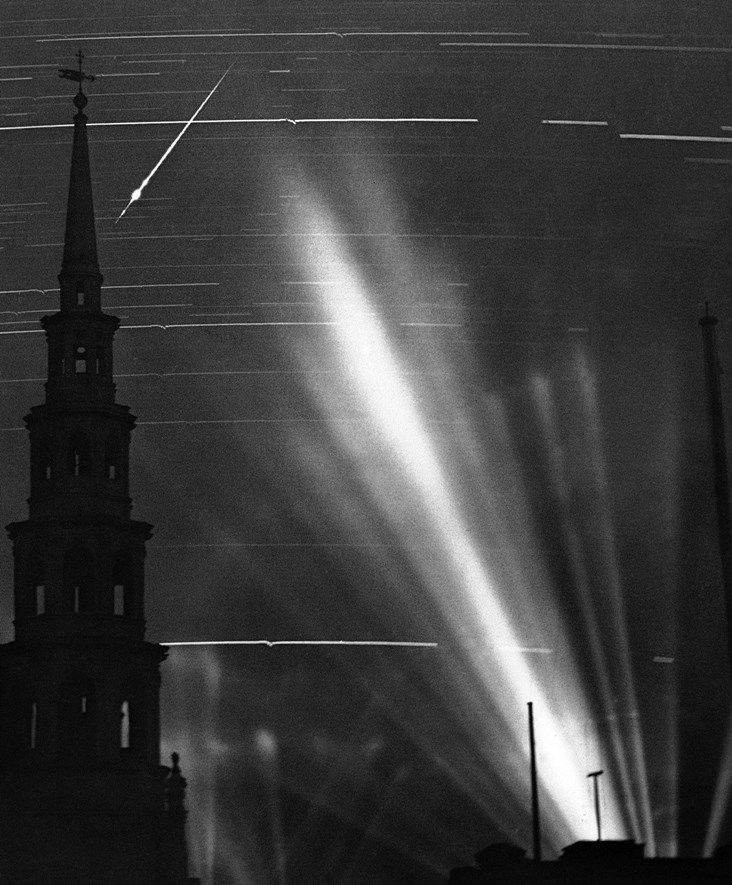 This remarkable photograph was taken from the roof of a high building in Fleet Street during one of the night raids over London towards the end of August. The exposure lasted 90 minutes. The searchl