I Was There! - We Were Bombed on a London Tram

During an early morning air raid on London, on October, trams and buses in a busy street were severely damaged by a bomb, and several casualties occurred among the passengers on their way to work. Here are some eye-witness accounts of the scene by people who had fortunate escapes.

A passenger in one of the trams was Mrs. M. Sell, who works in the offices of "The War Illustrated." she said:

I was on a tram which was going southwards from the City while an air raid warning was in progress. The top, of our tram was empty, as far as I know, but there were a number of women inside. When we heard an explosion a little way off, one or two of them jumped up in dismay, but the conductor joked and made light of it and we went on.

Then we were held up by traffic lights  there were five trams in a row and one or two buses. Suddenly there was a second explosion right on top of us, and we all ducked instinctively on to the floor. Our tram was filled with thick smoke and dust and we could not see one another, but there was no panic and no one even screamed. As the dust cleared and we picked ourselves up we found our hands were filled with fragments of glass from the windows. Still in silence, we emptied our hands and dusted ourselves down I was dazed and could only think of searching for my hat which had been blown off.

When we got out of the tram we found that the one in. front of us had been hit by a bomb, and passers by who had been thrown to the ground were lying on the pavement. Women tore u p their r clothes to bandage the injured, and soldiers working near by took the wounded and people suffering from shock to a shop where they were given first aid before being taken to hospital. In the first shock I had hardly realized that I was hurt, but I had to go to hospital to have glass splinters removed from lily face.

Miss Elsie Mackeson said: The bomb scored a direct hit on the end of the tram behind the one in which I was a passenger.

People were flung all over the place, several of them being buried when the upper floor collapsed on the lower. At first I thought the top of my head had been lifted off. I tried to help some of the others out, but the police and wardens were there in no time so I left it to them.

We were travelling north when there were three terrific explosions. The bus windows were shattered into small pieces and the bus was filled with black fumes.

When the air cleared I saw that the conductor was injured on the head by glass, so I took him to a first aid post. Glass was strewn all over the road outside and men and women were lying about on the pavement receiving first aid. Others were dead.

Trams and buses were sandwiched, and one tram was flattened. Ambulances arrived very quickly.

I Was There! - Our Skipper Proved 'As Cool as Ice'

The heroism of some of the seamen in the convoys was recognized on October 29, when decorations were awarded to them. The story that led to the granting of the M.B.E. to Captain W. H. Dawson, whose sh

I Was There! - I Saw Shells Pumped into Valona

The British battleships which shelled Valona by moonlight on the night of December 18, 1940 took the sleeping Italians completely by surprise, as is shown in this eye-witness story by an Associated Pr

I Was There! - Our Skipper Proved 'As Cool as Ice'

The heroism of some of the seamen in the convoys was recognized on October 29, when decorations were awarded to them. The story that led to the granting of the M.B.E. to Captain W. H. Dawson, whose sh 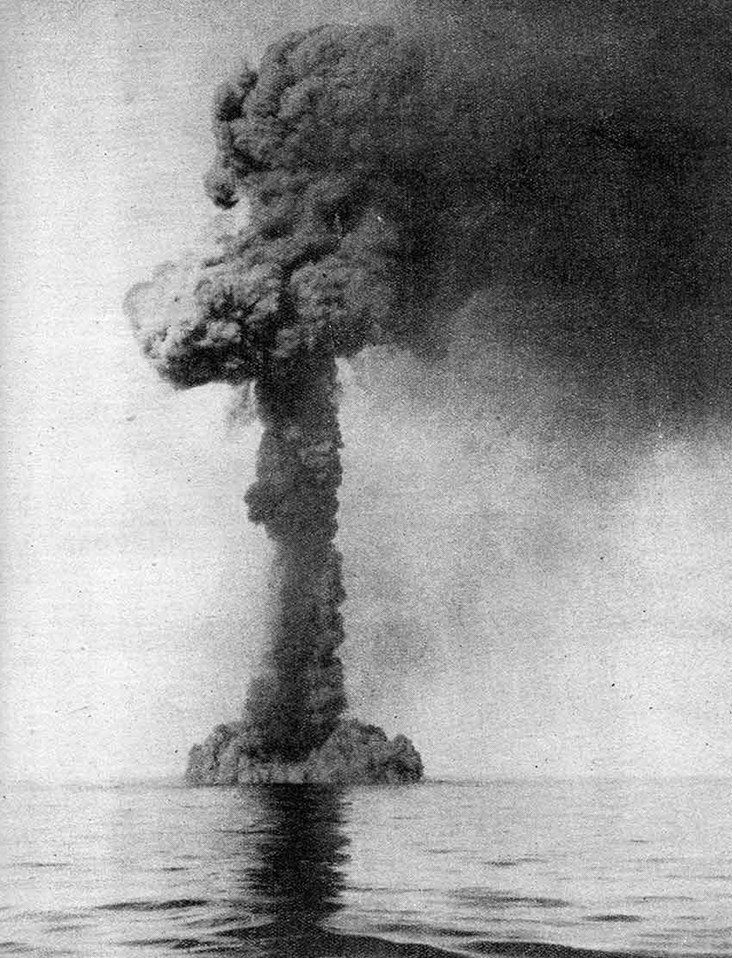 This great column of smoke marks the end of the "Artigliere", an Italian destroyer sunk in the Mediterranean by H.M.S. "Ajax" on October 12, 1940. The British ship engaged three enemy destroyers, in