I Was There! - Every Gun in the 'Illustrious' Roared

Here is a second eye-witness account of the Sicilian Channel battle  this time by a special correspondent of Reuters on board the aircraft-carrier "Illustrious". The "Illustrious" was one of the main objectives of German dive-bombers operating from Sicily, but she triumphantly rode through the attack and was brought into port with her ensign flying and her crew undaunted.

When the first attack came, soon after noon, two torpedo-carrying Junkers swooped down from the sky and loosed their torpedoes. They passed harmlessly astern. Then the main assault developed.

Three Junkers 87s approached out of the clouds. Simultaneously the guns of all the British ships opened up a terrific barrage. More 'planes swooped down. The sky was filled with a confused mass of bursting shells and twisting 'planes. The noise was appalling.

As the leading 'plane dived through the inferno I watched a single 1,000-lb. bomb hurtle towards us. It fell in the sea slightly astern.

Then a wave of 15 bombers dived on the Fleet. My attention was divided between watching these and watching our own fighters taking off from the flight deck of the "Illustrious".

A few seconds after our last machine had flown off a tremendous explosion shook the ship. A 1,000-lb. bomb released by one of the Junkers diving very low had scored a direct hit. The next moment the wing of a German 'plane fell across the after lift of the "Illustrious".

The hit was apparently immediately below the bridge. I have a vivid impression of a sudden sheet of flame and choking smoke. I felt a severe blow on my shoulder from blast, and then I was pulled into the wireless cabin and thrown to the floor. We lay coughing and listening to the sudden roar of aeroplane engines close overhead. The diving 'planes swooped so low that they sounded as though they were landing on the flight deck.

Near misses sent shudder after shudder through the ship. The German bombers converged from all sides and then dived one after another in the face of blazing gunfire. They held their bombs until the last minute, then swerved quickly off. After what seemed an eternity gunfire ceased.

We opened the door. Splintered and riddled steel pipes and wires lay where we had been standing a few minutes before. The deck was covered with foam from the fire extinguishers.

The flight deck was covered from end to end with debris from the bomb explosion. Further forward was a twisted crane, a heap of bomb splinters and empty shellcases.

Through all the action the gun crews never eased for a moment. Every man moved with precision.

Spaces below decks, including the church, were cleared for casualty stations. Wounded were tended as fast as possible. During the period of quiet efforts were started to clear the deck.

The "Illustrious" steamed into port unaided. When we anchored the wounded were quickly taken ashore and the work of cleaning up the ship proceeded.

The 2,473-ton Welsh collier "Sarastone" arrived in port from Lisbon at the beginning of January, 1941, following a battle with a U-boat, which left the latter disabled and on fire. The following accou

I Was There! - My Nightmare Climb Near Tepelini

Difficulties of terrain and weather in the mountainous Greek front line above Tepelini would seem to make fighting almost impossible. The feats performed daily by muleteers and ambulance parties servi

The 2,473-ton Welsh collier "Sarastone" arrived in port from Lisbon at the beginning of January, 1941, following a battle with a U-boat, which left the latter disabled and on fire. The following accou 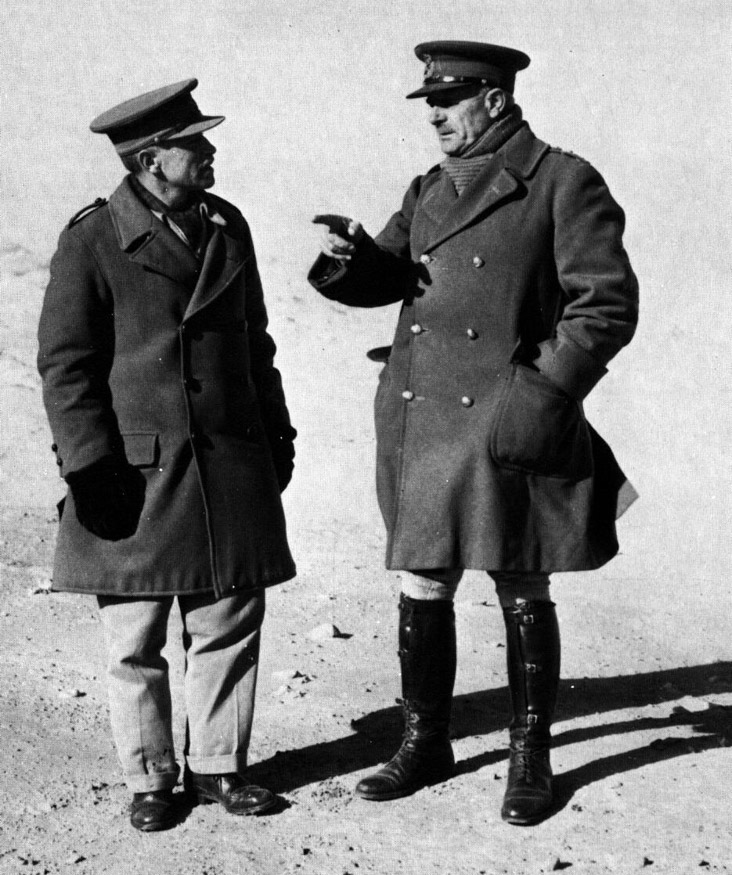 Victors of the Western Desert in Conference