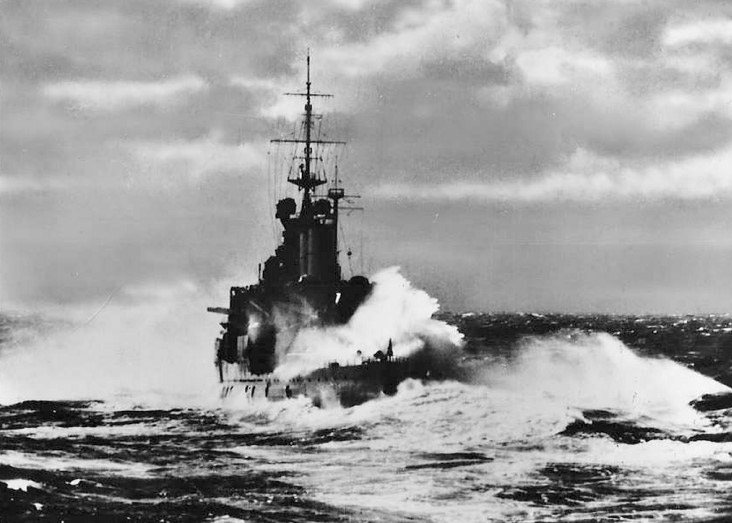 H.M.S. Renown, flagship of Vice-Admiral Sir James Somerville, in command of the Western Mediterranean Fleet, is here seen ploughing through a heavy sea during one of those recent sweeps of the Mediterranean that have had such dire results for the Italian Navy. In rough weather such a great battleship presents a most imposing spectacle. Her huge bulk of 37,400 tons full load, driven forward at a speed of 29 knots by engines of 120,000 horse-power, cuts through all but the biggest rollers and sends clouds of spray over her fo'c'sle. Photo, Central Press.

With dramatic suddenness, Addis Ababa, Haile Selassie's former capital and since 1936 the capital of the Italian Empire in East Africa, capitulated to the British on April 5. The story of its fall is

Our Searchlight on the War

Eyes and Ears of the R.A.F. In future, by approval of the King, the Observer Corps is to be known as the Royal Observer Corps, in recognition of valuable services rendered over a number of years. T