When Rudolf Hess, Hitler's Deputy, landed by parachute near Glasgow on the night of May 10th he was first encountered at Newton Mearns, 8 miles from Glasgow, by a Scottish ploughman, David McLean, whose story of his sensational "bag" is told below in his own words.

This is the story David McLean told after the parachutist he had captured had been identified as Rudolf Hess.

I was in the house that night and everyone else was in bed, for it was late, when I heard a plane roaring overhead. As I ran to the back of the farm I heard a crash and saw the plane burst into flames in a field about 200 yards away.

I was amazed and a bit frightened when I saw a parachute dropping slowly downwards through the dark.

Peering upwards I could see a man swinging from the harness. I thought it must be a German airman baling out, and raced back to the house for help. But they were all asleep.

I looked round for a weapon. All I could find was a hayfork. Fearing I might lose the airman, i hurried round by myself again to the back of the house. There in the field i saw the man lying on the ground, with his parachute near by.

He smiled. As I assisted him to his feet he thanked me in perfect English. But I could see he had injured his foot in some way.

I helped him into the house. By this time my old mother and my sister had got out of bed and made tea.

The stranger declined tea and smiled when we told him we were very fond of it in this country. Then he said, "I never drink tea as late as this. I'll only have a glass of water."

We sent word to the military authorities. Meantime our visitor chatted freely to us and showed us pictures of his little boy, of whom he spoke very proudly.

He told us he had left Germany about four hours earlier, and had landed because nightfall was approaching.

I could see from the way he spoke that he was a man of culture. His English, though he had a foreign accent, was very clear, and he understood every word we said.

He was a striking looking man, more than six feet tall, and he wore a very magnificent flying suit. His watch and identity bracelet were both gold.

He didn't discuss his journey and, indeed, appeared to treat what seemed to us a most hazardous flight as a pleasure trip.

He seemed quite confident that he'd be well treated, and repeatedly said how lucky he'd been in landing without mishap.

He was most gentlemanly in his attitude to my old mother and my sister. He bowed stiffly to them when he came in and before he left he thanked us profusely for what we had done for him.

He was anxious about only one thing  his parachute. He said to me, "I should like to keep that parachute, for I think I owe my life to it."

He wouldn't tell me who he was and we didn't like to press the question. We assumed he was just another German airman who had been brought down.

When officials came on the scene he greeted them with a smile, assured them he was unarmed, stood up and held his arms out to let them see for themselves. Then he was taken away.

Mrs. McLean, the ploughman's 64-year-old mother, asked the parachutist at the door if he was a German. She said:

I didn't feel too friendly when he said he was, but he was so pale and tired, and his ankle was so swollen that i had to do what I could for him. He spoke like a gentleman, and had fine manners. He didn't want us to do anything for him except get him in touch with the authorities.

We felt he was someone of importance because of his clothes and his gold wristlet watch and identity disk. His boots were magnificent. They were as fine as a pair of gloves.

Although he looked between 40 and 50 years old I felt I had to mother him  especially after he showed us his little boy's picture. He wouldn't tell us why he had left Germany and come here, but he seemed glad to be sitting in my cottage beside a good fire.

Some of the Air Transport Auxiliary pilots who ferry aircraft from factories to R.A.F. stations are women  it was on this service that Amy Johnson lost her life  and here one of them describes her w 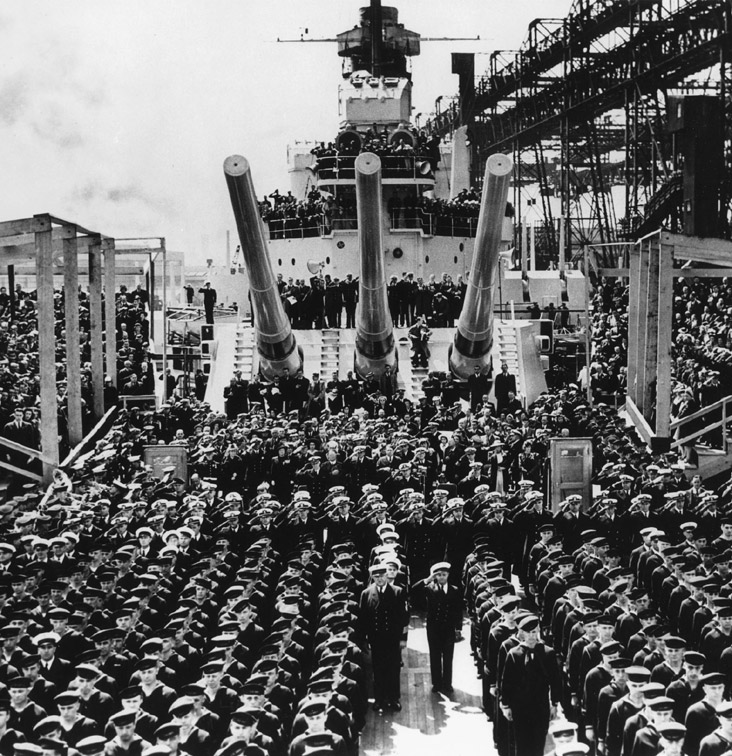 The new American battleship, North Carolina, being placed in commission at the New York Navy Yard. She is one of the Washington class of six ships of 35,000 tons displacement (about 41,000 tons full 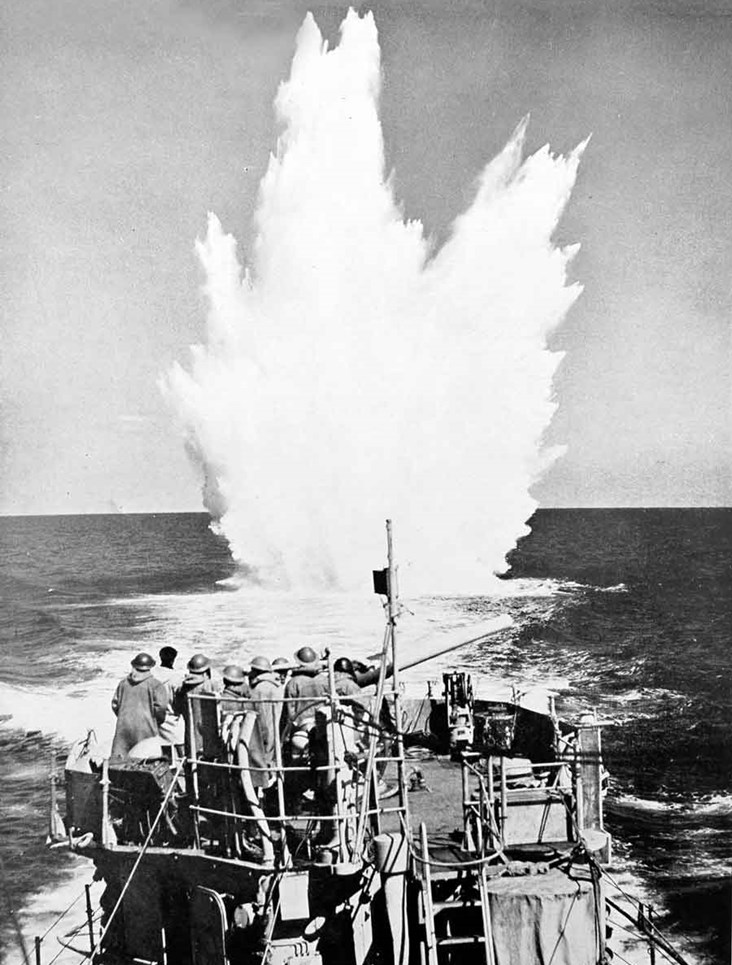 A Depth-Charge has just been huried overboard from this ex-American destroyer, a German submarine being int he vicinity. The depth-charge is one of our most formidable weapons in the Atlantic battle