To attack a neutral country like The Netherlands without immediate cause, even a warlord like Hitler thought to be too risky. He was industriously looking for a motive to be able to carry out his plans. This excuse took not long to come along and received its carrying out under the name of the so called Venlo incident. 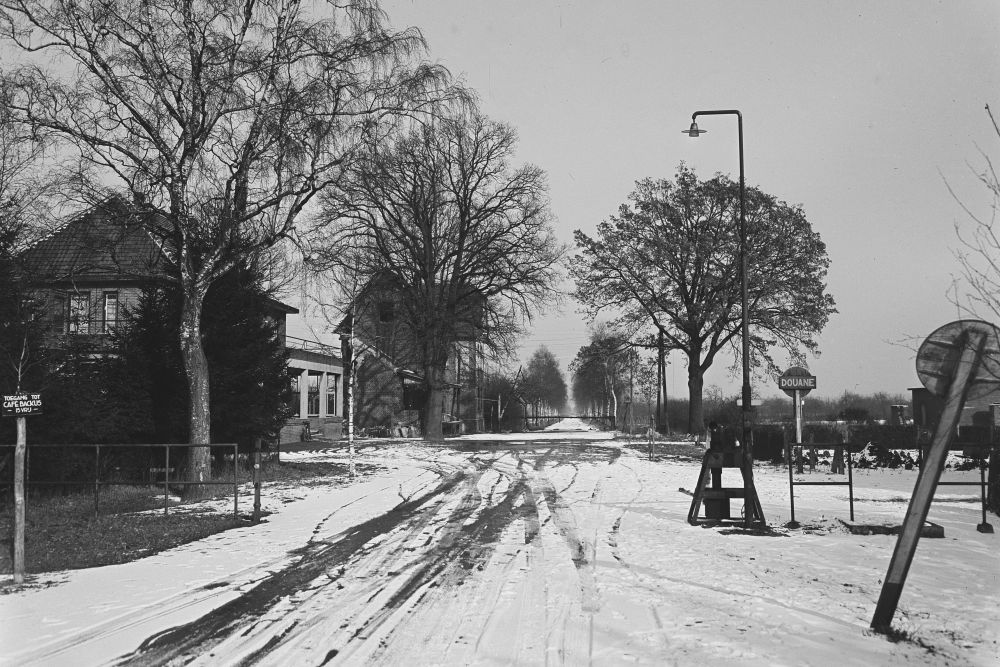 Border crossing at Venlo, seen from the Dutch side Source: Nationaal Archief 902-6027 / Snikkers

Already during the First World War the British Secret Service had established a representation in The Hague. This department operated under the undercover name of Passport Control Service. This service under command of Major R.H. Stevens had been established during the First World War in order to collect information from the neutral Netherlands regarding the German armed forces. In order to achieve this, a large number of Dutch contacts were used that needed to travel frequently to and from Germany because of their profession. The British Secret Service unit in The Netherlands belonged to the Secret Intelligence Service. During the First World War the Service was established as an organization that provided visa for people that traveled to Great Britain via The Netherlands. After the war visa were no longer required but the service continued to exist as a cover for the SIS.

The British Secret Service however had been infiltrated already for a long time by the German Abwehr [Counter Intelligence]. The contact person for the British, Vrinten, had since long been won over by one of its employees, Friedrich Günther, who was a double spy himself. In 1938 another collaborator of Vrinten, Koutrik crossed over to the Abwehr. Mainly through this Koutrik the German Abwehr received all names of British secret agents. Vrinten had been employed by GS III [ Dutch Secret Sercvice] and traveled frequently to Germany as a businessman. His company Zaal & Co. soon became a cover up for the operations of the Passport Control Office. The company succeeded on short notice to acquire a large number of people that gathered intelligence as "spy" for the British. Unknown to Vrinten the German Abwehr had already penetrated his organization by the end of the thirties. Friedrich Günther, an agent of the Abwehrstelle Hamburg had become an employee of Vrinten. As said before, also Kouterik joined the Abwehr. GS III was not aware of all these matters.

Abwehr
Term used for the German military intelligence unit during the WW1 and WW2. From 1935 onwards under command of Admiral Wilhelm Canaris. The organisation often came into conflict with other secret services such as the SD and the Gestapo. During World War 2 under Canaris frequently a source for conspiracies against the Nazi regime until in 1943 a major conspiracy by a number of prominent members of the Abwehr was discovered and the Abwehr was placed under command of Himmler. After the assassination attempt on Hitler in 1944, Canaris was discharged and the Abwehr was dissolved. The conspirators and Canaris were prosecuted and in 1945 they were executed atc oncentration camp Flossenburg.

The Dutch intelligence service was headed by Major General Van Oorschot. Formally his service had no contacts with the British, but in reality there was already for a long time a close cooperation between the secret services of Great Britain, France and The Netherlands. Later on also the Tsjech secret service joined this cooperation. The Dutch Intelligence Service had been established in 1913. Initially the service was represented by one officer only; but later on the service was part of the General Staff [Generale Staf] GS III and expanded rapidly during the First World War. Under the inspiring leadership of Lieutenant H.C. Fabius it succeeded to accomplish much on a modest scale. In The Netherlands during the years 1914 - 1918 many foreign secret services were active; they all wanted to do a good job and were therefore prepared to share much information with the Dutch. After the First World War also the Central Intelligence Agency [Centrale Inlichtingendienst ] the then Internal Intelligence Agency [Binnenlandse Veiligheidsdienst] became added to GS III and was called GS III B The former GS III was charged as GS III A with information from abroad. In the thirties the workload of GS III A increased steadily. The over all command was trusted to Major G.M. van de Plassche. In May 1934 he was supported by Captain C.M. Olifiers who was charged with the German affairs. This man was able to gather intelligence in a sometimes ingenious way. He did so by reading all newspapers and by motivating businessmen to assist him and creating the help of many Dutchmen that had an aversion of everything National Socialistic. Just before World War Two, Major General J.W. van Oorschot was in charge of GS III.

In the period just before the outbreak of war in the west, many political refugees escaped from Germany to, amongst other countries, The Netherlands. Many members of the German Sicherheitsdienst, the Sicherheitspolizei or the Abwehr, used this to unobtrusively enter into the Netherlands. Especially the Abwehr kept busy with gathering military information. Also a certain Dr. Franz Fischer did this. Under the cover of being a discontented German Officer he made contacts with Dr. Spiecker in London. This man in fact worked for the British and provided information from German refugees to the British Intelligence Agency. Along that road Fischer succeeded in providing a lot of false intelligence. The then head of the British Passport Control Service Major Chidson, became aware of this and disrupted all contacts with these persons. He omitted however to inform his successor Major Stevens about this.

In the meantime a new British secret service man had been employed, outside the Passport Control Service. His name was Captain S. Payne Best, living in The Netherlands and married to a Dutch woman. Fischer received the order to contact Payne Best, who on his turn had received orders to contact a certain Dr. Solms whose real name was Johannes Travaglio and who collaborated with Fischer. Solms and Payne Best first met each other in September 1939. This meeting had been organized to take place in Venlo [a provincial Dutch town near the border with Germany]. Solms told Payne Best that a conspiracy had been planned against Hitler and that the leaders of this conspiracy wanted to come into contact with the British through Payne Best. On following planned meetings Solms did not turn up any more. It was pretended that the Gestapo had become aware of the matter. In reality the head of the German Gestapo, Heydrich, had taken over from the Abwehr and had replaced Solms with two of his own SS-officers, working under the aliases of Leutnant Grosch and Hauptman Von Seidlitz.

Abwehr
Term used for the German military intelligence unit during the WW1 and WW2. From 1935 onwards under command of Admiral Wilhelm Canaris. The organisation often came into conflict with other secret services such as the SD and the Gestapo. During World War 2 under Canaris frequently a source for conspiracies against the Nazi regime until in 1943 a major conspiracy by a number of prominent members of the Abwehr was discovered and the Abwehr was placed under command of Himmler. After the assassination attempt on Hitler in 1944, Canaris was discharged and the Abwehr was dissolved. The conspirators and Canaris were prosecuted and in 1945 they were executed atc oncentration camp Flossenburg.

Payne Best in the meantime had contacted the Dutch Secret Service about the conspiracy theory. As a support he had been allocated Lieutenant Klop to accompany him and who was responsible directly to General Reynders. On 21 October 1939 a meeting took place in Dinxperlo [ also at the German border]. Lieutenant Klop pretended to be the Englishman Copper. It was a brief encounter where an appointment was made for a more in-depth discussion. After another superficial contact in Arnhem on 30 October a meeting took place where more members of the conspirators would attend.

At this meeting not Hauptmann Von Seidlitz would participate but a Hauptmann Schemmel which was the cover name for nobody less than Walter Schellenberg of the Sicherheitsdienst turned up. Other participants on the German side were Col. Martini (Professor Croms) and Lieutenant Grosch. Those last two persons were arrested at Arnhem by the Dutch authorities, but Klop succeeded in liberating them so the meeting could take place. The Germans indicated to intend to negotiate about a possible peace process in case they would take action in Germany. Payne Best passed these data to the British Foreign Secretary Lord Halifax who ordered him to carefully continue to gather more information.

It was agreed to plan a third meeting for 7 November. The Germans claimed that (the city) Venlo was too dangerous for them as a meeting place and proposed a pub nearer to the border called Backus. On November 7th unfortunately the so called General, who was the most important counterpart in the German team, could not attend. On November 8th again he had to cancel because of a meeting of all generals with Hitler. On the 9th he would certainly be present.

Payne Best and Stevens, accompanied by Klop, proceeded on that date, the 9th of November 1939, towards the café. Because of the rumors of an imminent invasion by the Germans into The Netherlands, they were not at all very sure of themselves and decided to take their side arms along. Before starting off for café Backus, Klop paid a visit to the border office of the Royal Constabulary [Koninklijke Marechaussee] . He agreed with them that they would send a border patrol along the border as a security measure.

Arriving at the pub it immediately went wrong. At the moment they stepped out of the car, Klop had turned towards the border sentries to announce their arrival, a German car speeded across the borderline with men armed with light machine guns on the running boards. Before Stevens, Payne Best or the driver Lemmens could react they were already handcuffed and arrested by the Germans. Klop who tried to draw his weapon, was shot in the head and was carried away to the hospital in Düsseldorf (Germany), but he perished on the way. The Constabulary border patrol could do nothing anymore. When they arrived the whole matter was over and out. 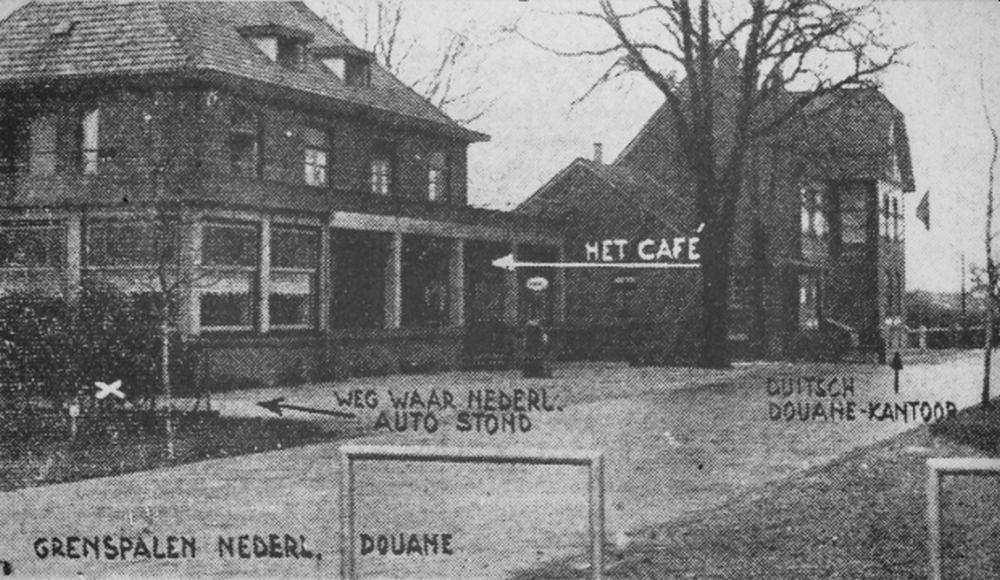 Everything indicated an extremely well prepared action by the Germans. Of course in The Netherlands a shockwave was caused by this violation of its neutrality. The government called on General Van Oorschot to report and he was forced to resign. In November 1940 Lemmens was released as he was only the driver. Payne Best and Stevens would eventually end up in concentration camp Dachau. The kidnapping of the British secret agents and the presence of the Dutch agent Klop, whose signature on his personal papers was gratefully misused by the Germans, provided sufficient "proof" to suspect cooperation between British and Dutch secret services. In concrete form there was nothing, but Klops signature was misused to prove that the neutral Netherlands collaborated in secret with the allies, which would justify an invasion of The Netherlands.

concentration camp
Closed camp where people are being held captive that are considered to be anti- social, enemies of the state, criminal or unwanted individuals. These groups mostly do not get a fair trial or are condemned to doing time in a camp.
invasion
Armed incursion.
neutrality
Impartiality, absence of decided views, the state of not supporting or helping either side in a conflict. 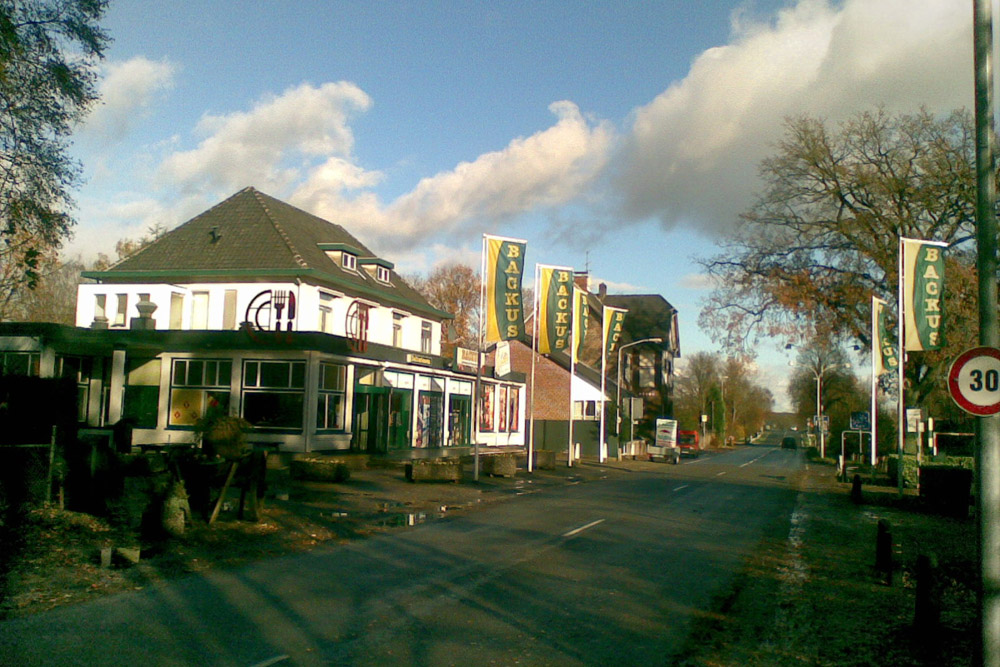