Air Chief Marshal Sir Alec Coryton was in command of No.5 Group Bomber Command from April 1942 till February 1943. His colleagues regarded him as a first-class leader, capable and knowledgeable. Under his command No.5 Group carried out a couple of well-known and daring raids, like the bombing of Le Creusot on 17 October 1942. However, the successful Coryton fell into oblivion when he was released of his command because he was said to be too worried about the fate of the men under his command.

William Alex Coryton was born at Pentillie Castle, Cornwall, on 16 February 1895. He was the fifth of six children of William Coryton and Evelyn Parker. The castle where Alex grew up had been owned by the family since the 18th century. He was educated at Eton and Kings College, Cambridge. Like his older brother John, Alec enlisted after the outbreak of the First World War and served with the Rifle Brigade. John was a Captain, while Alec was a Lieutenant in the 8th Brigade. He was wounded during the first German flamethrower attack, which took place during the Second Battle for Ypres on 30 July 1915. He transferred to the Royal Flying Corps in 1917.

Because of his skill with engines Coryton was selected as an instructor. He was posted to No.40 Training Squadron where he taught Prince Albert (later King George IV) to fly. After his period as instructor he was appointed Flight Commander at 31 Squadron in India in December 1920. Here he served together with Arthur Harris and he became good friends with the man who was to become the wartime commander of Bomber Command. After four years in India Coryton returned to England. He held a post at the Air Staff Inland Area headquarters. Later he was promoted to Squadron Leader and commanded 16 Squadron in 1925. In an attempt to make a career in the air force he attended the School of Army Co-operation and the Senior Officers School in Sheerness between 1928 and 1932. He returned to hold a position at the Air Staff again, this time at the Directorate of Operations and Intelligence. He was promoted to Group Captain in 1938 and became Deputy Director of Operations.

Coryton remained in the background during the first part of the Second World War. Nevertheless, he was promoted to the rank of Air Commodore. He was appointed commander of No.5 Group Bomber Command on 25 April 1942, where he took over from Air Vice Marshal John Slessor. His Group was the first to use the new Lancaster bomber. Under Corytons command No.5 Group carried out a couple of well-known and daring missions. The Group took part in the first Thousand Bomber Raid, the bombing of Cologne during the night of 30/31 May 1942 (Operation Milennium). In October No.5 Group was selected to undertake two daring missions in daylight. 94 Lancasters bombed the French town of Le Creusot on 17 October 1942 and 74 Lancasters made sorties to Milan on the 24th. During the night of 22/23 October, all 85 bombers dispatched to the Italian city of Genua returned safely. This was a remarkable achievement for an attacking force of this size.

The other group commanders, as well as the commander of Bomber Command, Air Marshal Sir Arthur Harris, admired No. Groups successes. Coryton built a good reputation in Bomber Command. His colleagues regarded him as a first-class leader. However, the successful Coryton soon had to leave his post. Although Harris had great admiration for Corytons achievements, he became increasingly concerned about the growing and persistent disagreements at the planning of new operations. Coryton was worried about the fate of his crews and therefore was a critic of small-scale operations to Berlin for instance. He saw no point in these 'political attacks', while the crews faced great risks. He didn't want to sacrifice his men unnecessary. This attitude annoyed Harris. In February 1943, Coryton was reluctant to send his crews to the Ruhr on a night of bad weather. He saw no point in this small-scale attack 'to keep the Germans awake'. Harris had enough of it and sacked Coryton. He was replaced by Air Vice Marshal Ralph Cochrane. Harris wrote a personal letter to Coryton to explain why he had made his decision: "I have repeatedly reminded you that it is for me to say what shall be done and when, and broadly how; and for you to accomplish it. The responsibility for the outcome is mine and mine alone. Where you fail is through your inability to divest yourself of a moral responsibility which is not yours."

Harris made clear to Air Chief Marshal Sir Charles Portal, commander of the Royal Air Force, that his team could not work if one of its members was out of step. As far as Harris was concerned there was no need for an adverse report on Coryton and there would be plenty of jobs for his services. Coryton was transferred to the Far East. In 1944 he was put in command of the 3rd Tactical Air Force. At the end of the year he became commander of the RAF in Bengal and Burma. In February 1945 he was promoted to Air Marshal and became Assistant Air Commander at the Eastern Air Command.

He held this position till October 1945. He then returned to Great-Britain and presided the Research and Development department at the Ministry of Aircraft Production. He was promoted to Air Marshal in 1946 and became a controller at the Ministry of Supply. From May 1950 onwards he held the rank of Air Chief Marshal. He left the Royal Air Force a year later.

Coryton joined the Bristol Aeroplane Company, taking on the role of Chairman in 1955. He became vice-chairman when the company merged into Bristol Siddeley Engines Limited. He held the post until his retirement in 1964.

Sir William Alec Coryton passed away at Langton Matravers, Dorset, on 20 October 1981. He was 86 years of age.

Bomber Command
RAF unit which controlled strategic and sometimes tactical bombing (as in Normandy)
Brigade
Consisted mostly of two or more regiments. Could operate independently or as part of a division. Sometimes they were part of a corps instead of a division. In theory a brigade consisted of 5,000 to 7,000 men.
Marshal
Highest military rank, Army commander.
mine
An object filled with explosives, equipped with detonator which is activated by either remote control or by colliding with the targeted object. Mines are intended to destroy of damage vehicles, aircrafts or vessels, or to injure, kill or otherwise putting staff out of action. It is also possible to deny enemy access of a specific area by laying mines.
moral
The will of the troops/civilians to keep fighting.
RAF
Royal Air Force. British air force
Raid
Fast military raid in enemy territory
Squadron
A military unit in the Belgian navy usually six to eight small ships operating together under one command. The smallest military unit in the Dutch air force of about 350 men. In most countries is the designation of a military unit thesize of a company. It is either an independent unit, such as a battery, or part of a bigger Calvary unit. In the air force it is the designation of a unit of aircrafts. 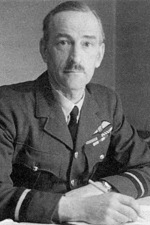