Air Chief Marshal Sir Edgar Ludlow-Hewitt isn't very well-known for his role in the Second World War. He was the commander of RAF Bomber Command from 1937 and also during the first eight months of the war. During his command he started a very important discussion, for which Sir Arthur Harris would admire him later. Apart from that nobody else in the history of the Royal Air Force held the rank of Air Chief Marshal longer than Ludlow-Hewitt.

Edgar Rainey Ludlow-Hewitt was born at Cork, Ireland, on 9 June 1886. He was educated at the Royal Military Academy at Sandhurst. He served with the Royal Irish Rifles from 1905 till 1914. In the meantime he had learned to fly. He was appointed to the Royal Flying Corps, the predecessor of the Royal Air Force, in August 1914. He joined No.1 Squadron as a pilot. During the First World War he was promoted to Wing Commander and commanded No.15 Squadron and No.3 Squadron. Later he commanded 3rd Corps Wing and held the temporary rank of Lieutenant-Colonel. During the war he was awarded the Distinguished Service Order, the Military Cross and Chevalier in the Ordre national de la Légion d'honneur. At the end of hostilities he was promoted to the rank of Brigadier-General and became Inspector of Training at the Royal Flying Corps Training Division headquarters.

On the creation of the Royal Air Force on 1 April 1918 Ludlow-Hewitt became the General Officer Commanding (GOC) the Training Division. A couple of months later he was given the command of the 10th Brigade. It was the first of a series of promotions. In 1922 he became Air Secretary, where he was responsible for staff policy at the Royal Air Force. In 1926 he was given the command of the RAF Staff College and in 1930 he became Air Officer Commanding Iraq Command. Three years later he took over as Director of Operations and Intelligence and Deputy Chief of Staff at the Air Ministry. He was Air Officer Commanding RAF India from 1935. He held the post till 1937, when he returned to the United Kingdom. He was promoted to Air Chief Marshal and became the new commander of RAF Bomber Command.

In this role Ludlow-Hewitt was tasked to prepare his Command adequately for the coming war. An increased budget enabled Ludlow-Hewitt to expand the bomber fleet, as part of the pre-war rearmament.

At the outbreak of World War Two, Ludlow-Hewitt reckoned Bomber Command wasnt able to play a decisive role in the war against Germany yet. The bomber force had expanded rapidly, but the crews lacked the skills of night flying and navigation. Apart from that, his aircraft proved to be extremely vulnerable during daylight operations. He retracted his stance that bombers were able to defend themselves against attacks from fighters during daylight raids. He made his worries public, but by doing so he made the Air Ministry cast doubt on his commanding capabilities.

The doubts increased in early 1940 as a consequence of a discussion between Ludlow-Hewitt and the Air Ministry. The former insisted on the formation of more Operational Training Units (OTUs) to deal with the problems of night flying and navigation. He believed that when no attention would be paid to these shortcomings Bomber Command would suffer irreparable damage within 7,5 weeks. However, the formation of more OTUs would however be at the expense of front-line crews and therefore at operational aircraft available for operations as well. The Air Ministry was reluctant to the plans and sacked Ludlow-Hewitt. Air Marshal Sir Charles Portal became the new commander-in-chief of Bomber Command.

The Air Ministry later also recognised the deficiencies of Bomber Command and intensified the training of new crews. At the end of the war Sir Arthur Harris commented that: "without this policy of Ludlow's, the dog would have eaten its own tail to hurting point within a few weeks, and would have been a dead dog beyond all hope of recovery, within a few months. Ludlow-Hewitt saved the situation - and the war - at his own expense."

Ludlow-Hewitt spent the remainder of the war in relative anonymity. He served as Inspector-General in the RAF from 14 April 1940 till 1945. It was his job to inspect the airfields of the Royal Air Force.

Ludlow-Hewitt left the Royal Air Force in November 1945. At that moment he still held the rank of Air Chief Marshal. Until now, nobody else has held the rank longer than him. Ludlow-Hewitt was appointed Chairman of the Board of Governors of the College of Aeronautics. He remained at this post until his retirement in 1953. Twenty years later, on 15 August 1973, Ludlow-Hewitt passed away, aged 87.

Bomber Command
RAF unit which controlled strategic and sometimes tactical bombing (as in Normandy)
Brigade
Consisted mostly of two or more regiments. Could operate independently or as part of a division. Sometimes they were part of a corps instead of a division. In theory a brigade consisted of 5,000 to 7,000 men.
Division
Military unit, usually consisting of one upto four regiments and usually making up a corps. In theory a division consists of 10,000 to 20,000 men.
front
Largest Soviet ground formation. It was attached to a certain area which gave its name to the units involved. For instance the Voronezh front.
Marshal
Highest military rank, Army commander.
RAF
Royal Air Force. British air force
Squadron
A military unit in the Belgian navy usually six to eight small ships operating together under one command. The smallest military unit in the Dutch air force of about 350 men. In most countries is the designation of a military unit thesize of a company. It is either an independent unit, such as a battery, or part of a bigger Calvary unit. In the air force it is the designation of a unit of aircrafts. 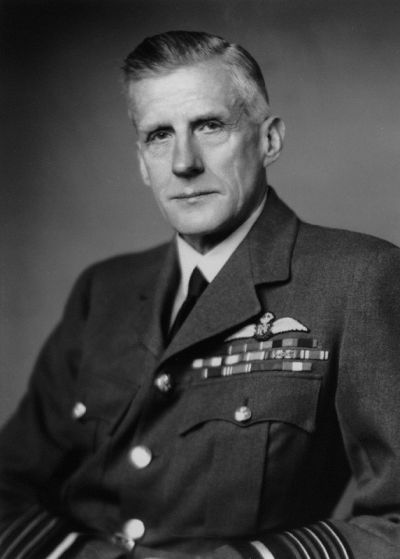 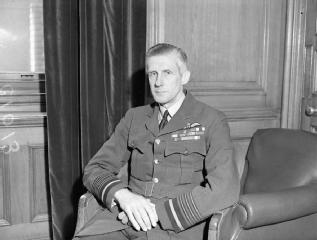