Führer
German word for leader. During his reign of power Adolf Hitler was Führer of Nazi Germany.
Jews
Middle Eastern people with own religion that lived in Palestine. They distinguished themselves by their strong monotheism and the strict observance of the Law and tradition. During World War 2 the Jewish people were ruthlessly persecuted and annihilated by the German Nazis. . An estimated 6,000,000 Jews were exterminated.
Luftwaffe
German air force.
National Socialism
A political ideology drawn up by Hitler based on the superiority of the German race, the leader principle and fierce nationalism that was fed by the hard Peace of Versailles. National socialism was anti-democratic and racist. The doctrine was elaborated in Mein Kampf and organised in the NSDAP. From 1933 to 1945 National socialism was the basis of totalitarian Germany.
Socialism
Political ideology aiming at slight or no class differences. Means of production are owned by the state. Evolved as a response to capitalism. Karl Marx tried to substantiate socialism scientific. 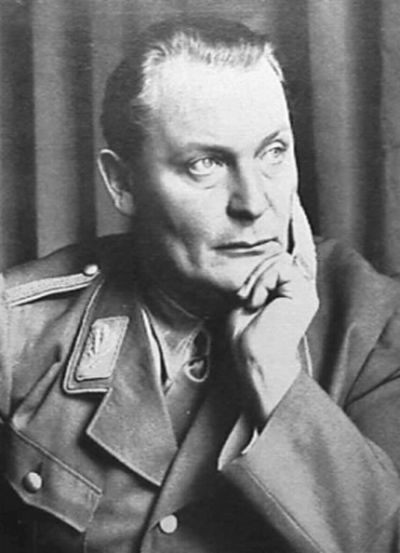