Raeder is indicted on Counts One, Two and Three. (explanation). In 1928 he became Chief of Naval Command and in 1935 Oberbefehlshaber der Kriegsmarine (OBM); in 1939 Hitler made him Grossadmiral. He was a member of the Reichsverteidigungsrat. On 30 January 1943, Dönitz replaced him at his own request and he became Admiral Inspector of the Navy, a nominal title.

In the 15 years he commanded it, Raeder built and directed the German Navy; he accepts full responsibility until retirement in 1943. He admits the Navy violated the Versailles Treaty, insisting it was ''a matter of honor for every man to do so" and alleges that the violations were for the most part minor and Germany built less than her allowable strength. These violations, as well as those of the Anglo-German Naval Agreement of 1935, have already been discussed elsewhere in this Judgment.
Raeder received the directive of 24 June 1937 from Von Blomberg, requiring special preparations for war against Austria. He was one of the five leaders present at the Hossbach conference of 5 November 1937. He claims Hitler merely wished by this conference to spur the Army to faster rearmament, insists he believed the questions of Austria and Czechoslovakia would be settled peacefully, as they were, and points to the new naval treaty with England which had just been signed. He received no orders to speed up construction of U-Boats, indicating that Hitler was not planning war.
Raeder received directives on Fall Grün and the directive on Fall Weiss beginning with that of 3 April 1939; the latter directed the Navy to support the Army by intervention from the sea. He was also one of the few chief leaders present at the meeting of 23 May 1939. He attended the Obersalzberg briefing of 22 August 1939.
The conception of the invasion of Norway first arose in the mind of Raeder and not that of Hitler. Despite Hitler's desire, as shown by his directive of October 1939, to keep Scandinavia neutral, the Navy examined the advantages of naval bases there as early as October. Admiral Carls originally suggested to Raeder the desirable aspects of bases in Norway. A questionaire, dated 3 October 1939, which sought comments on the desirability of such bases, was circulated within the SKL. On 10 October Raeder discussed the matter with Hitler; his war diary entry for that day says Hitler intended to give the matter consideration. A few months later Hitler talked to Raeder, Quisling, Keitel and Jodl; O.K.W. began its planning and the Naval War Staff worked with O.K.W. staff officers. Raeder received Keitel's directive for Norway on 27 January 1940 and the subsequent directive of 1 March, signed by Hitler.
Raeder defends his actions on the ground it was a move to forestall the British. It is not necessary again to discuss this defense, which has heretofore been treated in some detail, concluding that Germany's invasion of Norway and Denmark was aggressive war. In a letter to the Navy, Raeder said: ''The operations of the Navy in the occupation of Norway will for all time remain the great contribution of the Navy to this war".
Raeder received the directives, including the innumerable postponements, for the attack in the West. In a meeting of 18 March 1941 with Hitler he urged the occupation of all Greece. He claims this was only after the British had landed and Hitler had ordered the attack and points out the Navy had no interest in Greece. He received Hitler's directive on Yugoslavia.
Raeder endeavored to dissuade Hitler from embarking upon the invasion of the U.S.S.R. In September 1940 he urged on Hitler an aggressive Mediterranean policy as an alternative to an attack on Russia. On 14 November 1940 he urged the war against England "as our main enemy'' and that submarine and naval air force construction be continued. He voiced serious objections against the Russian campaign before the defeat of England, according to notes of the German Naval War Staff. He claims his objections were based on the violation of the non-aggression pact as well as strategy but once the decislon had been made, he gave permission, 6 days before the invasion of the Soviet Union, to attack Russian submarines in the Baltic Sea within a specified warning area and defends this action because these submarines were "snooping" on German activities.
It is clear from this evidence that Raeder participated in the planning and waging of aggressive war.

Raeder is charged with war crimes on the high seas. The Athenia, an unarmed British passenger liner, was sunk on 3 September 1939, while outward bound for America. The Germans charged 2 months later that Mr. Churchill deliberately sank the Athenia to encourage American hostility to Germany. In fact, it was the German U-Boat U-30. Raeder claims that an inexperienced U-Boat commander sank it, mistaking it for an armed merchant cruiser, that this was not known until the U-30 returned several weeks after the German denial and that Hitler then directed the Navy and Foreign Office to continue denying it. Raeder denied knowledge of the propaganda campaign attacking Mr. Churchill.
The most serious charge against Raeder is that he carried out unrestricted submarine warfare, including sinking of unarmed merchant ships of neutrals, non-rescue and machinegunning of survivors, contrary to the London Protocol of 1936. The Tribunal makes the same finding on Raeder on this charge as it did as to Dönitz, which has already been announced, up until 30 January 1943 when Raeder retired.
The Commando Order of 18 October 1942 which expressly did not apply to naval warfare was transmitted by the Naval War Staff to the lower naval commanders with the direction it should be distributed orally by flotilla leaders and section commanders to their subordinates. Two Commandos were put to death by the Navy and not by the SD at Bordeaux on 10 December 1942. The comment of the Naval War Staff was that this was in accordance with the Führer's special order, but is nevertheless something new in international law, since the soldiers were in uniform. Raeder admits he passed the order down through the chain of command and he did not object to Hitler.

The Tribunal finds that Raeder is guilty on Counts One, Two and T'hree.

crimes against humanity
Term that was introduced during the Nuremburg Trials. Crimes against humanity are inhuman treatment against civilian population and persecution on the basis of race or political or religious beliefs.
Führer
German word for leader. During his reign of power Adolf Hitler was Führer of Nazi Germany.
invasion
Armed incursion.
Kriegsmarine
Germa navy. Part of the Wehrmacht next to Heer and Luftwaffe.
non-aggression pact
Agreement wherein parties pledge not to attack each other.
propaganda
Often misleading information used to gain support among supporters or to gain support. Often used to accomplish ideas and political goals.
Soviet Union
Soviet Russia, alternative name for the USSR.
strategy
Art of warfare, the way in which war should be conducted in general.
U-Boat
The German name for a submarine. German U-Boats (Submarines) played a very important role during the course of warfare until May 1943. Many cargo and passenger ships were torpedoed and sunk by these assassins of the sea.
war crimes
Crimes committed in wartime. Often concerning crimes committed by soldiers against civilians. 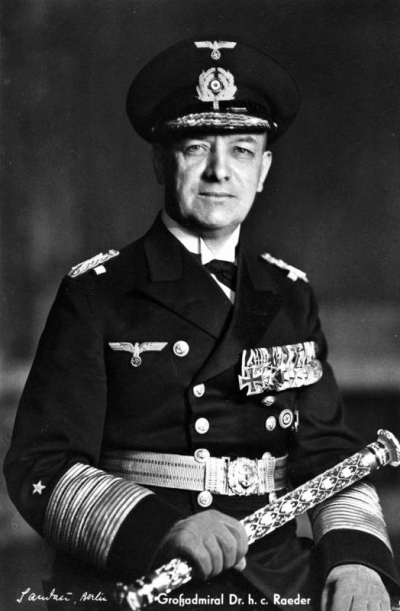