Jodl is indicted on all four Counts.(explanation). From 1935 to 1938 he was Chief of the National Defense Section in the High Command. After a year in command of troops, in August 1939 he returned to become Chief of the Operations Staff of the High Command of the Armed Forces. Although his immediate superior was Defendant Keitel, he reported directly to Hitler on operational matters. In the strict military sense, Jodl was the actual planner of the war and responsible in large measure for the strategy and conduct of operations.
Jodl defends himself on the ground he was a soldier sworn to obedience and not a politician; and that his staff and planning work left him no time for other matters. He said that when he signed or initialed orders, memoranda and letters, he did so for Hitler and often in the absence of Keitel. Though he claims that as a soldier he had to obey Hitler, he says that he often tried to obstruct certain measures by delay, which occasionally proved successful as when he resisted Hitler's demand that a directive be issued to lynch Allied "terror fliers".

Entries in Jodl's diary of 13 and 14 February 1938 show Hitler instructed both him and Keitel to keep up military pressure against Austria, begun at the Von Schuschnigg conference, by simulating military measures and that these achieved their purpose. When Hitler decided not to tolerate Von Schuschniggs plebiscite, Jodl brought to the conference the "old draft", the existing staff plan. His diary for 10 March shows Hitler then ordered the preparation of "Case Otto" and the directive was initialed by Jodl. Jodl issued supplementary instructions on 11 March and initialed Hitler's order for the invasion on the same date.
In planning the attack on Czechosloivakia, Jodl was very active, according to the Schmundt notes. He initialed items 14, 17, 24, 36 and 37 in the notes. Jodl admits he agreed with O.K.H. that the "incident" to provide German intervention must occur at the latest by 1400 hours on X-1 Day, the day before the attack, and said it must occur at a fixed time in good flying weather. Jodl conferred with the propaganda experts on "imminent common tasks" such as German violations of internatioinal law, exploitation of them by the enemy and refutations by the Germans, which task Jodl considered "particularly important".
After Munich, Jodl wrote: "Czechoslovakia as a power is out. The genius of the Führer and his determination not to shun even a world war have again won the victory without the use of force. The hope remains that the incredulous, the weak and the doubtful people have been converted and will remain that way".
Shortly after the Sudeten occupation, Jodl went to a post command and did not become Chief of the Operations Staff in O.K.W. until the end of August 1939.
Jodl discussed the Norway invasion with Hitler, Keitel and Raeder on 12 December 1939; his diary is replete with later entries on his activities in preparation of this attack. Jodl explains his comment that Hitler was still looking for an ''excuse'' to move meant that he was waiting for reliable intelligence on the British plans and defends the invasion as a necessary move to forestall them. His testimony shows that from October 1939 Hitler planned to attack the West through Belgium, but was doubtful about invading Holland until the middle of November. On 8 February 1940, Jodl, his deputy Warlimont and Jeschonnek, the air force planner, discussed among themselves the "new idea" of attacking Norway, Denmark and Holland, but guaranteeing the neutrality of Belgium. Many of the 17 orders postponing the attack in the West for various reasons, including weather conditions, until May 1940 were signed by Jodl.
He was active in the planning against Greece and Yugoslavia. The Hitler order of 11 January 1941 to intervene in Albania was initialed by Jodl. On 20 January, 4 months before the attack, Hitler told a conference of German and Italian generals in Jodl's presence that German troop concentrations in Romania were to be used against Greece; Jodl was present on 18 March when Hitler told Raeder all Greece must be occupied before any settlement could be reached. On 27 March, when Hitler told the German High Command that the destruction of Yugoslavia should be accomplished with "unmerciful harshness", and the decision was taken to bomb Belgrade without a declaration of war, Jodl was also there.
Jodl testified that Hitler feared an attack by Russia and so attacked first. This preparation began almost a year before the invasion. Jodl told Warlimont as early as 29 July 1940 to prepare the plans since Hitler had decided to attack; Hitler later told Warlimont he had planned to attack in August 1940 but postponed it for military reasons. He initialed Hitler's directive of 12 November 1940 that preparations verbally ordered should be continued and also initialed "Case Barbarossa" on 18 December. On 3 February 1941, Hitler, Jodl and Keitel discussed the invasion and he was present on 14 June when final reports on "Case Barbarossa" were made.

On 18 October 1942 Hitler issued the Commando Order and a day later a supplementary explanation to commanding officers only. The covering memorandum was signed by Jodl. Early drafts of the order were made by Jodl's staff with his knowledge. Jodl testified he was strongly opposed on moral and legal grounds but could not refuse to pass it on. He insists he tried to mitigate its harshness in practice by not informing Hitler when it was not carried out. He initialed the O.K.W. memorandum of 25 June 1944 reaffirming the order after the Normandy landings.
A plan to eliminate Soviet commissars was in the directive for "Case Barbarossa". The decision whether they should be killed without trial was to be made by an officer. A draft contains Jodl's handwritten suggesting this should be handled as retaliation and he testified this was his attempt to get around it.
When in 1945 Hitler considered denouncing the Geneva Convention, Jodl argued the disadvantages outweighed the advantages. On 21 February he told Hitler adherence to the Convention would not interfere with the conduct of the war, giving as an example the sinking of a British hospital ship as a reprisal and calling it a mistake. He said he did so because it was the only attitude Hitler would consider, that moral or legal arguments had no effect and argues he thus prevented Hitler from denouncing the Convention.
There is little evidence that Jodl was actively connected with the slave labor program and he must have concentrated on his strategic planning function. But in his speech of 7 November 1943 to the Gauleiter he said it was necessary to act "with remorseless vigor and resolution" in Denmark, France, and the Low Countries to compel work on the Atlantic Wall.
By teletype of 28 October 1944, Jodl ordered the evacuation of all persons in northern Norway and the burning of their houses so they could not help the Russians. Jodl says he was against this, but Hitler ordered it and it was not fully carried out. A document of the Norwegian Government says such an evacuation did take place in northern Norway and 30,000 houses were damaged. On 7 October 1941, Jodl signed an order that Hitler would not accept an offer of surrender of Leningrad or Moscow, but on the contrary he insisted that they be completely destroyed. He says this was done because the Germans were afraid the cities would be mined by the Russians as was Kiev. No surrender was ever offered.
His defense, in brief, is the doctrine of "superior orders" prohibited by Article 8 of the Charter as a defense. There is nothing in mitigation. Participation in such crimes as these has never been required of any soldier and he cannot now shield himself behind a mythical requirement of soldierly obedience at all costs as his excuse for commission of these crimes.

The Tribunal finds that Jodl is guilty on all four Counts.

crimes against humanity
Term that was introduced during the Nuremburg Trials. Crimes against humanity are inhuman treatment against civilian population and persecution on the basis of race or political or religious beliefs.
Führer
German word for leader. During his reign of power Adolf Hitler was Führer of Nazi Germany.
Gauleiter
Leader and representative of the NSDAP of a Gau.
invasion
Armed incursion.
moral
The will of the troops/civilians to keep fighting.
neutrality
Impartiality, absence of decided views, the state of not supporting or helping either side in a conflict.
propaganda
Often misleading information used to gain support among supporters or to gain support. Often used to accomplish ideas and political goals.
strategy
Art of warfare, the way in which war should be conducted in general.
war crimes
Crimes committed in wartime. Often concerning crimes committed by soldiers against civilians. 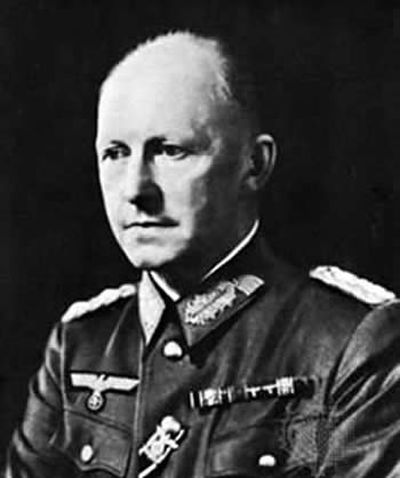 Alfred Jodl, chief of operations on the supreme command of the Wehrmacht 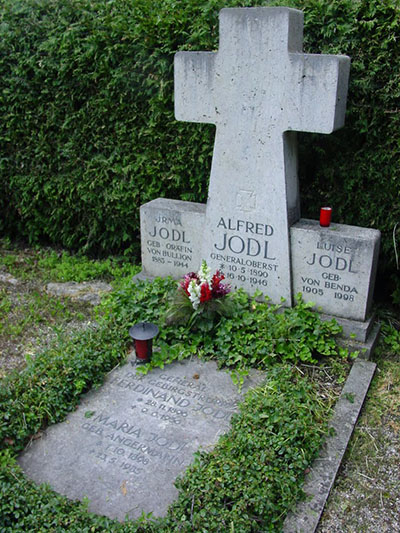