The website has become even bigger and better! Go2War2.com has been fully merged with TracesOfWar.com. From now on, the section Articles is available. Much more information in a larger jacket

THE PRESIDENT: I call upon the Defendant Arthur Seyss-Inquart.

Führer
German word for leader. During his reign of power Adolf Hitler was Führer of Nazi Germany.
Greater Germany
Grossdeutschland. A Germany with boundaries enclosing all German speaking people. Aim of the Nazis.
Jews
Middle Eastern people with own religion that lived in Palestine. They distinguished themselves by their strong monotheism and the strict observance of the Law and tradition. During World War 2 the Jewish people were ruthlessly persecuted and annihilated by the German Nazis. . An estimated 6,000,000 Jews were exterminated.
Lebensraum
Living space. Nazi term indicating the need for the overpopulated German lands to expand.
Munich Agreement
Conference in 1938 between Hitler, Chamberlain, Daladier and Mussolini about Czechoslovakia. To prevent a European war, Czechoslovakia had to give up the "Sudetenland area to Germany.
resistance
Resistance against the enemy. Often also with armed resources.
revolution
Usually sudden and violent reversal of existing (political) the political set-up and situations. 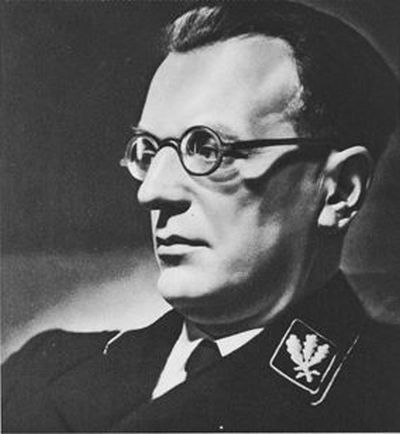