Von Neurath is indicted under all four Counts.(explanation). He is a professional diplomat who served as German Ambassador to Great Britain from 1930 to 1932. On 2 June 1932, he was apponted Minister of Foreign Affairs in the Von Papen Cabinet, a position which he held under the Cabinets of Von Schleicher and Hitler. Von Neurath resigned as Minister of Foreign Affairs on 4 February 1938, and was made Reichsminister without Portfolio, President of the Secret Cabinet Council and a member of the Reichsverteidigungsrat. On 18 March 1939, he was apponted Reich Protector for Bohemia and Moravia and served in this capacity until 27 September 1941. He held the formal rank of Obergruppenführer in the SS.

As Minister of Foreign Afiairs, Von Neurath advised Hitler in connection with the withdrawal from the Disarmament Conference and the League of Nations on 14 October 1933; the institution of rearmament; the passage, on 16 March 1935, of the law for univeral military service and the passage, on 21 March 1935, of the secret Reich Defense Law. He was a key figure in the negotiation of the Naval Accord entered into between Germany and Englanld on 18 June 1935. Von Neurath played an important part in Hitler's decision to reoccupy the Rhineland on 7 March 1936, and predicted that the occupation could be carried through without any reprisals from the French. On 18 May 1936, he told the American Ambassador to France that it was the policy of the German Government to do nothing in foreign affairs until "the Rhineland had been digested" and that as soon as the fortifications in the Rhineland had been constructed and the countries of central Europe realized that France could not enter Germany at will, "all those countries will begin to feel very differently about their foreign policies and a new constellation will develop".
Von Neurath took part in the Hossbach conference of 5 November 1937. He has testified that he was so shocked by Hitler's statements that he had a heart attack. Shortly thereafter, he offered to resign and his resignation was accepted on 4 February 1938, at the same time that Von Fritsch and Von Blomberg were dismissed. Yet with knowledge of Hitler's aggressive plans he retained a formal relationship with the Nazi regime as Reich Minister without Portfolio, President of the Secret Cabinet Council and a member of the Reichsverteidigungsrat. He took charge of the Foreign Office at the time of the occupation of Austria, assured the British Ambassador that this had not been caused by a German ultimatum and informed the Czechoslovakian Minister that Germany intended to abide by its arbitration convention with Czechoslovakia. Von Neurath participated in the last phase of the negotiations preceeding the Munich Pact but contends that he entered these discussions only to urge Hitler to make every effort to settle the issues by peaceful means.

Von Neurath was apponted Reichs Protector for Bohemia and Moravia on 18 March 1939. Bohemia and Moravia were occupied by military force. Hacha's consent, obtained as it was by duress, cannot be considered as justifying the occupation. Hitler's decree of 16 March 1939, establishing the Protectorate, stated that this new territory should "belong henceforth to the territory of the German Reich", an assumption that the Republic of Czechoslovakia no longer existed. But it also went on the theory that Bohemia and Moravia retained their sovereignty subject only to the interests of Germany as expressed by the Protectorate. Therefore, even if the doctrine of subjugation should be considered to be applicable to territory occupied by aggressive action, the Tribunal does not believe that this proclamation amounted to an incorporation which was sufficient to bring the doctrine into effelct. The occupation of Bohemia and Moravia must therefore be considered a military occupation covered by the rules of warfare. Although Czechoslovakia was not a party to the Hague Convention of 1907, the rules of land warfare expressed in this Convention are declaratory of existing international law and hence are applicable.
As Reichs Protector, Von Neurath instituted an administration in Bohemia and Moravia similar to that in effect in Germany. The free press, political parties and trade unions were abolished. All groups which might serve as opposition were outlawed. Czechoslovakian industry was worked into the structure of German war production and exploited for the German war effort. Nazi anti-Semitic policies and laws were also introduced. Jews were barred from leading positions in government and business.
In August 1939 Von Neurath issued a proclamation warning against any acts of sabotage and stating that "the responsibility for all acts of sabotage is attributed not only to individual perpetrators but to the entire Czech population". When the war broke out on 1 September 1939, 8.000 prominent Czechs were arrested by the Security Police in Bohemia and Moravia and put into protective custody Many of this group died in concentration camps as a result of mistreatment.
In October and November 1939, Czechoslovakian students held a series of demonstrations. As a result, on Hitler's orders all universities were closed, 1,200 students imprisoned and the nine leaders of the demonstration shot by Security Police and SD. Von Neurath testified that he was not informed of this action in advance but it was announced by proclamation over his signature posted on placards throughout the Protectorate, which he claims however, was done without his authority.
On 31 August 1940 Von Neurath transmitted to Lammers a memorandum which he had prepared dealing with the future of the Protectorate and a memorandum with his approval prepared by Karl Hermann Frank on the same subject. Both dealt with the question of Germanization and proposed that the majority of the Czechs might be assimilated racially into the German nation. Both advocated the elimination of the Czechoslovakian intelligentsia and other groups which might resist Germanization, Von Neurath's by expulsion, Frank's by expulsion or "special treatment".
Von Neurath has argued that the actual enforcement of the repressive measures was carried out by the Security Police and SD who were under the control of his state secretary, Karl Hermann Frank, who was appointed at the suggestion of Himmler and who, as Higher SS and Police Leader, reported directly to Himmler. Von Neurath further argues that anti-Semitic measures and those resulting in economic explotation were put into effect in the Protectorate as the result of policies decided upon in the Reich. However this may be, he served as the chief German official in the Protectorate when the administration of this territory played an important role in the wars of aggression which Germany was waging in the East, knowing that war crimes and crimes against humanity were being committed under his authority.
In mitigation it must be remembered that he did intervene with the Security Police and SD for the release of many of the Czechoslovaks who were arrested on 1 September 1939 and for the release of students arrested later in the fall. On 23 September 1941 he was summoned before Hitler who told him that he was not being harsh enough and that Heydrich was being sent to the Protectorate to combat the Czechoslovakian resistance groups. Von Neurath attempted to dissuade Hitler from sending Heydrich and when he was not successful, offered to resign. When his resignation was not accepted he went on leave on 27 September 1941 and refused to act as Protector after that date. His resignation was formally accepted in August 1943.

The Tribunal finds that Von Neurath is guilty under all four Counts.

crimes against humanity
Term that was introduced during the Nuremburg Trials. Crimes against humanity are inhuman treatment against civilian population and persecution on the basis of race or political or religious beliefs.
Jews
Middle Eastern people with own religion that lived in Palestine. They distinguished themselves by their strong monotheism and the strict observance of the Law and tradition. During World War 2 the Jewish people were ruthlessly persecuted and annihilated by the German Nazis. . An estimated 6,000,000 Jews were exterminated.
League of Nations
International league of Nations for cooperation and security (1920  1941). The League was located in Geneva, in neutral Switzerland. During the 1930s the league of nations could do little against aggressive behaviour of Japan, Manchuria, Italy, Abyssinia and Hitler. The league of nations was in fact the predecessor of the United Nations.
Nazi
Abbreviation of a national socialist.
resistance
Resistance against the enemy. Often also with armed resources.
Rhineland
German-speaking demilitarized area on the right bank of the Rhine which was occupied by Adolf Hitler in 1936 after World War 1.
war crimes
Crimes committed in wartime. Often concerning crimes committed by soldiers against civilians. 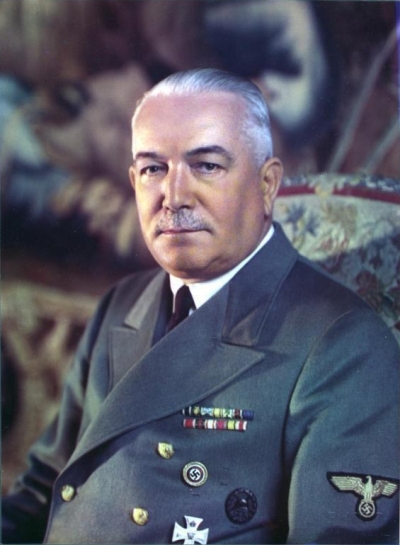