Fritzsche is indicted on Counts One, Three, and Four.(explanation). He was best known as a radio commentator, discussing once a week the events of the day on his own program, "Hans Fritzsche Speaks". He began broadcasting in September 1932; in the same year he was made head of the Wireless News Service, a Reich Government agency. When on 1 March 1933, this agency was incorporated by the Nationalsocialists into thelir Reichs Ministry of Popular Enlightenment and Propaganda, Fritzsche became a member of the Nazi Party and went to that Ministry. In December 1938 he became head of the Home Press Division of the Ministry; in October 1942 he was promoted to the rank of Ministerial Director. After serving briefly on the Eastern Front in a propaganda company, he was, in November 1942, made head of the Radio Division of the Propaganda Ministry and Plenipotentiary for the Political Organization of the Greater German Radio.

As head of the Home Press Division, Fritzsche supervised the German press of 2,300 daily newspapers. In pursuance of this function he held daily press conferences to deliver the directives of the Propaganda Ministry to these papers. He was however, subordinate to Dietrich, the Reich Press Chief, who was in turn a subordinate of Goebbels. It was Dietrich who received the directives to the press of Goebbels and other Reichsministers and prepared them as instructions which he then handed to Fritzsche for the press.
From time to time, the "Daily Paroles of the Reich Press Chief", as these instructions were labelled, directed the press to present to the people certain themes, such as the leadership principle, the Jewish problem, the problem of Lebensraum or other standard Nazi ideas. A vigorous propaganda campaign was carried out before each major act of aggression. While F'ritzsche headed the Home Press Division, he instructed the press how the actions or wars against Bohemia and Moravia, Poland, Yugoslavia, and the Soviet Union should be dealt with. Fritzsche had no control of the formulation of these propaganda policies. He was merely a conduit to the press of the instructions handed him by Dietrich. In February 1939 and before the absorption of Bohemia and Moravia for instance, he received Dietrich's order to bring to the attention of the press Slovakia's effforts for independence and the anti-Germanic policies and politics of the existing Prague Government. This order to Dietrich originated in the Foreign Office.
The Radio Division, of which Fritzsche became the head in November 1942, was one of the 12 divisions of the Propaganda Ministry. In the beginning Dietrich and other heads of divisions exerted influence over the policies to be followed by radio. Towards the end of the war however, Fritzsche became the sole authority within the Ministry for radio activities. In this capacity he formulated and issued daily radio "paroles" to all Reich prorpaganda offices, according to the general political policies of the Nazi regime, subject to the directives of the Radio Political Divisiorn of the Foreign Office and the personal supervision of Goebbels.
Fritzsche, with other officials of the Propaganda Ministry, was present at Goebbels' daily staff conferences. Here they were instructed in the news and propaganda policies of the day. After 1943 Fritzsche himself occasionally held these conferences, but only when Goebbels and his state secretaries were absent. And even then his only function was to transmit Goebbels' directives relayed to him by telephone.
This is the summary of Fritzsche's positions and influence in the Third Reich. Never did he achieve sufficient stature to attend the planning conferences which led to aggressive war; indeed according to his own uncontradicted testimony he never even had a conversation with Hitler, nor is there any showing that he was informed of the decisions taken at these conferences. His activities cannot be said to be those which fall within the definition of the common plan to wage aggressive war as already set forth in this Judgment.

The Prosecution has asserted that Fritzsche incited and encouraged the Commission of War Crimes by deliberately falsifying news to arouse in the German people those passions which led them to the commission of atrocities under Counts Three and Four. His position and official duties were not sufficiently important however, to infer that he took part in originating or formulating propaganda campaigns.
Excerpts in evidence from his speeches show definite anti-Semitism on his part. He broadcast, for example, that the war had ben caused by Jews and said their fate had turned out "as unpleasant as the Führer predicted". But these speeches did not urge persecution or extermination of Jews. There is no evidence that he was aware of their extermination in the East. The evidence moreover shows that he attempted twice to have publication of the anti-Semitic Der Stürmer suppressed, though unsuccessfully.
In these broadcasts Fritzsche sometimes spread false news, but it was not proved he knew it to be false. For example, he reported that no German U-Boat was in the vicinity of the Athenia when it was sunk. This information was untrue but Fritzsche, having received it from the German Navy, had no reason to believe it was untrue.
It appears that, Fritzsche sometimes made strong statements of a propagandistic nature in his broadcasts but the Tribunal is not prepared to hod that they were intended to incite the German people to commit atrocities on conquered peoples and he cannot be held to have been a participant in the crimes charged. His aim was rather to arouse popular sentiment in support of Hitler and the German war effort.

The Tribunal finds that Fritzsche is not guilty under this Indictment and directs that he shall be discharged by the Marshal when the Tribunal presently adjourns.

crimes against humanity
Term that was introduced during the Nuremburg Trials. Crimes against humanity are inhuman treatment against civilian population and persecution on the basis of race or political or religious beliefs.
Division
Military unit, usually consisting of one upto four regiments and usually making up a corps. In theory a division consists of 10,000 to 20,000 men.
Front
Largest Soviet ground formation. It was attached to a certain area which gave its name to the units involved. For instance the Voronezh front.
Führer
German word for leader. During his reign of power Adolf Hitler was Führer of Nazi Germany.
Jews
Middle Eastern people with own religion that lived in Palestine. They distinguished themselves by their strong monotheism and the strict observance of the Law and tradition. During World War 2 the Jewish people were ruthlessly persecuted and annihilated by the German Nazis. . An estimated 6,000,000 Jews were exterminated.
Lebensraum
Living space. Nazi term indicating the need for the overpopulated German lands to expand.
Marshal
Highest military rank, Army commander.
Nazi
Abbreviation of a national socialist.
Propaganda
Often misleading information used to gain support among supporters or to gain support. Often used to accomplish ideas and political goals.
Soviet Union
Soviet Russia, alternative name for the USSR.
U-Boat
The German name for a submarine. German U-Boats (Submarines) played a very important role during the course of warfare until May 1943. Many cargo and passenger ships were torpedoed and sunk by these assassins of the sea.
War Crimes
Crimes committed in wartime. Often concerning crimes committed by soldiers against civilians. 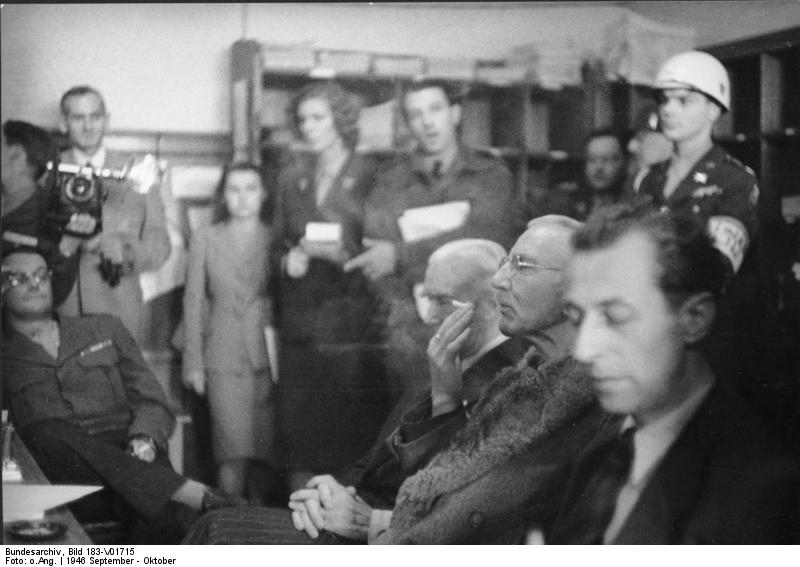