"And now, on 11 June 1944, I was alone with two other men from another company with very little ammunition, cut off and not sure what to do. We crept like cats from place to place, hoping to find our lines or at least other Germans with a leader among them. Stray shots, bad luck or the will of God, Ill never know why, but by nightfall the others were dead. I found a place on the top of a rather high hedgerow, curled up with my machinegun and waited for something to happen. In the end I was fast asleep." Obergrenadier Martin Eichenseer of the 916. Grenadier Regiment about the battle for the Elle.

Advancing to Saint-Lô, the river Elle was looming on June 7. The American military historian Joseph Balkoski says in his book, that though it may have been called a river on the maps, it was more like a stream than a big river. "A GI could practically leap over the Elle without getting his feet wet ." On this June 11, the 116th had been resting for some days and regaining strength after all the losses suffered during D-day. For the 115th it was the first day of rest in Normandy. The Elle formed the frontline, both units were located on the present D66, between Sainte-Marquerite-dElle and La Blanchinière.

General Leonard T. Gerow, commander of the American V Corps, sent his Field Order No.3 in the early evening of June 11 to his subordinates. In it he gave his directions for the advance for the next day. The 1st Infantry Division in the east had to advance to Caumont, in order to take the higher grounds situated nearby. The 2nd Infantry Division was assigned to advance to Hill 192. This hill lay south of the present D95 between Saint-André-de-lÉpine and Saint-Georges-dElle, in the direction of Saint-Lô. The 29th Infantry Division was ordered to cross the Elle in southern direction, also in order to advance on Saint-Lô. The intention was to take Saint-Clair-sur-lElle first and then Couvains.

Relevant for this battle were two roads running from the D66 to the south. These are the present D201/D292 in the west and the D29/D54 in the east. Both roads had bridges across the Elle, Pont de la Pierre and Pont Jourdan respectively. The area between those two bridges would be the scene of battle for the days to come. The 1st Battalion and 3rd Battalion of the 115th were positioned from west to east along the front. The 2nd Battalion was kept in reserve behind them. The entire 116th Infantry Regiment was positioned east of them.

The German opposition consisted of units of the 916. Grenadier-Regiment of the 352. Küsten-Division. The division commander, Generalleutnant Dietrich Kraiss, had just used June 10 to stabilize his front. The 916 was deployed to defend the most important crossing at Saint-Jean-de-Savigny, a little east of the 116th Infantry Regiment. In doing so it defended the Elle against the troops of the 29th Infantry Division. Oberst Goth, commander of the 916 ordered to send out patrols in the morning of June 10.

Gefreiter Simeth was a member of such a patrol. The patrol was ordered to seek out the enemy and to determine its strength. Finding the enemy appeared to be easier than thought. The American artillery barrage halted in front of their own lines. On his way back to his own line the fire only became more intense. This was a clear indication that an American attack was imminent.

The 115th Infantry Regiment was ordered to attack and advance, crossing the Elle, on June 12. This attack started at 03:30 with the heaviest artillery barrage used in Normandy up until this moment. Four artillery battalions were deployed, but without much effect. The Germans had laid mines and strung wire on the banks of the Elle and were keeping the River covered by machinegun fire. Furthermore they managed to get supporting artillery fire from Hill 192.

At 05:00, the 1st Battalion attacked the river from Sainte-Marquerite-dElle. Six hours later no one had been able to reach the river yet, let alone cross it. The battalion counted 100 casualties, among which 25 dead.

The 3rd Battalion, east of the 1st, didnt fare much better. The troops of this battalion were immediately subjected to artillery fire by the Germans, just on the moment they wanted to advance. At first it was therefore believed to be friendly fire, later on it became clear that the Germans had timed their counter fire perfectly. K Company lost its commanding officer, Captain Hille, and was so heavily hit that it was immobilized. I and L Company managed to cross the Elle and advanced about 1.2 miles, before they found out that no other unit had been able to make the crossing. They had advanced to the hamlet of Les Fresnes, located on the T-junction of the D59 and the D395. Here, deep in German territory, they became increasingly isolated. Captain Hankins, commander of the 3rd Battalion, finally decided to retreat behind the Elle. The 3rd had to mourn over 130 casualties.

General Charles Gerhardt, commander of the 29th Infantry Division was, to put it mildly, not happy with the progress so far. At 03:40 p.m. he sent the following dispatch to the commander of the 115th Infantry Regiment: "Corps says we must get to objective. If you cant do it, well have to put 116th to do it. The 115th must take the objective at once. Report back at once, but get that message through to Slappey - Colonel Slappey, commander of the 115th - right away." About 04.20 p.m. it became clear how serious the situation really was. Gerhardt immediately put the 116th into action.

In the afternoon, it is unclear whether this happened before or after Gerhardts message, the 1st Battalion once again tried to capture the Pont de la Pierre in a flanking movement, supported by two platoons of tanks of the 747th Tank Battalion. After three tanks were destroyed this attempt was aborted as well.

Captain Garcia, commander of E company of the 116th Infantry Regiment, heard about the attack as follows: "I was down in a roadside ditch and really taking things kind of easy. All of a sudden, striding down the road towards me came Colonel Canham (commander of the 116th) and his various aides and entourage. "Take your company across this field for about 200 yards, then turn to the left and go for about 500 yards. When you come to a road, cross the road. On the other side of the road is a small stream [the Elle]. Cross that stream and keep going. And fast. Got it?" Garcia answered in the only way possible: " Yes sir."

The 116th Infantry Regiment launched its attack at 07:30 and they succeeded in reaching the southern bank of the Elle. An area up to 370.6 acres was taken and held. The Germans hadnt expected that an entire new regiment would be put into action after the failed attack of the 115th. The next morning the attack was resumed. The 2nd Battalion was able to reach Sainte-Clair-sur-lElle that morning, the 1st Battalion eventually reached Couvains.

It is on this evening that the story of Eichenseer takes place, despite him claiming it had happened on June 11 as the Elle had not been crossed yet; it was only a day later the 116th crossed the Elle and attacked St.-Jean-de-Savigny. Eichenseer: "We had fought as hard as we could, were no match for the force the Amis could throw against us. We contested every meter of ground in St-Jean-de-Savigny, mostly because it was a matter of survival for us. I sometimes wonder why we fought like that since by then, most of us, even if we didnt say it, knew the war was lost. I suppose we were  especially those in the East at this time  defending our families. It is also true that since our youth to fight for the Fatherland was branded upon our very souls."

Obergrenadier Eichenseer, woke up the next morning, June 13, not knowing what to do next. Soon, a group of American soldiers went past. He could have taken them out easily with the ammunition still available to him, but he decided to wait until an officer went by. Only then did he emerge and surrendered. The officer then took it out on his troops as they had after all passed a German with a machinegun

Colonel Slappey was relieved of his command that morning by Gerhardt, although this had been decided earlier. Only almost 6.2 miles from Saint Lô, it would take until July 18, before the town, completely destroyed, was liberated.

D-day
The day of the long awaited invasion of western Europe in Normandy, France, 6 June 1944. After a long campaign of deception the allies attacked the coast of Normandy on five beaches to begin their march on Nazi Germany. Often explained as Decision Day, though this is entirely correct. The D stands for Day as generally used in military language. In this case it means an operation beginning on day D at hour H. Hence Jour J in French.
Division
Military unit, usually consisting of one upto four regiments and usually making up a corps. In theory a division consists of 10,000 to 20,000 men.
front
Largest Soviet ground formation. It was attached to a certain area which gave its name to the units involved. For instance the Voronezh front.
Infantry
Foot soldiers of a given army.
Regiment
Part of a division. A division divided into a number of regiments. In the army traditionally the name of the major organised unit of one type of weapon.
Tank
A combat vehicle with heavy armour and heavy armament driving on tracks. The tank, despite its heavy weight, is very mobile and able to move along various types of terrain. These properties, along with heavy firepower and protecting armour, give the tank a big strike power. 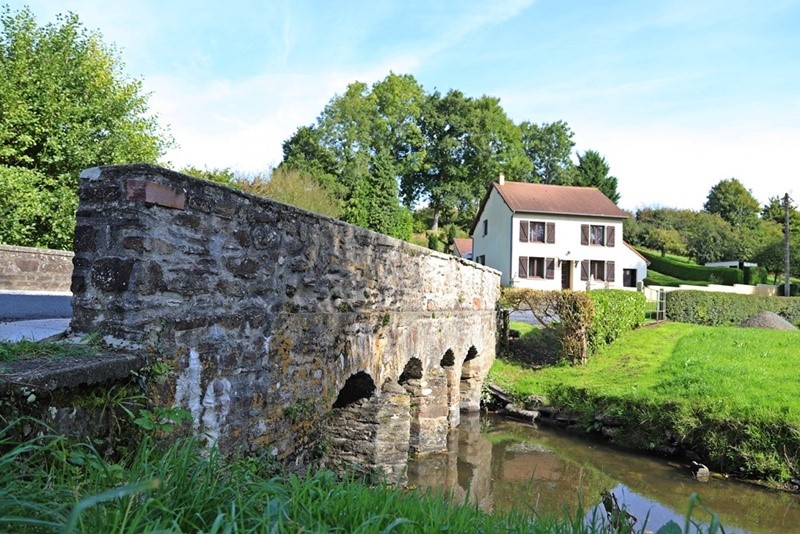 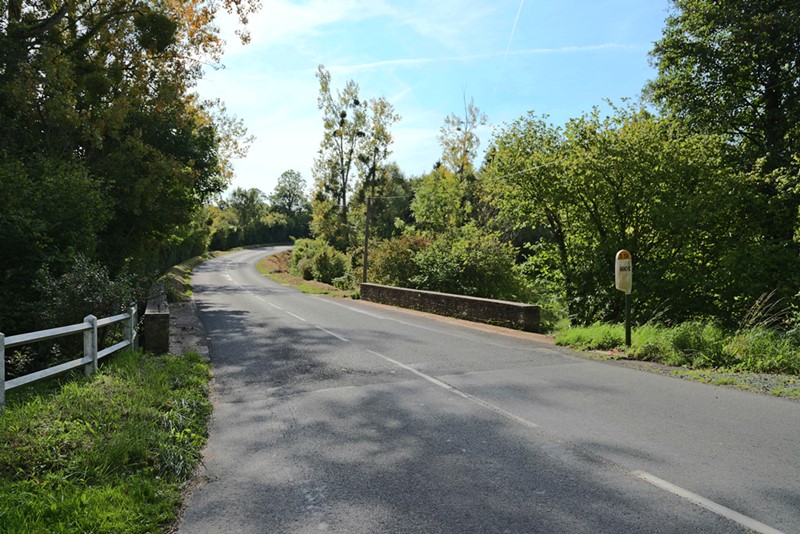 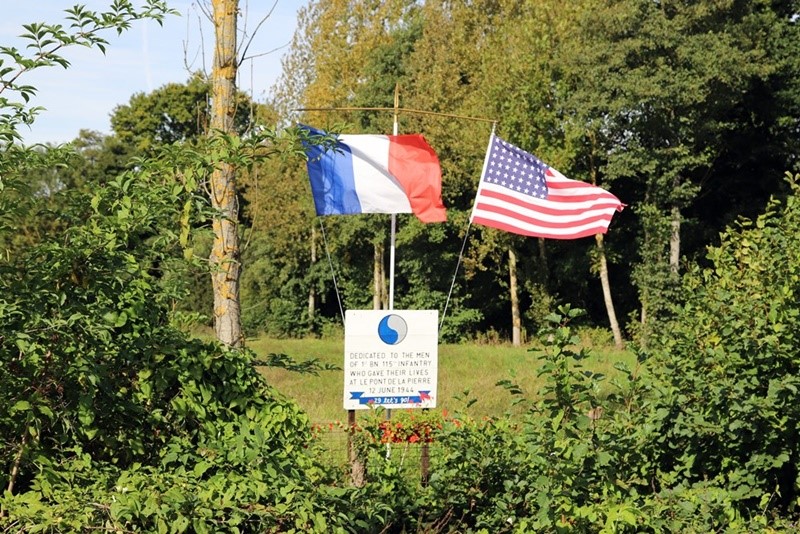 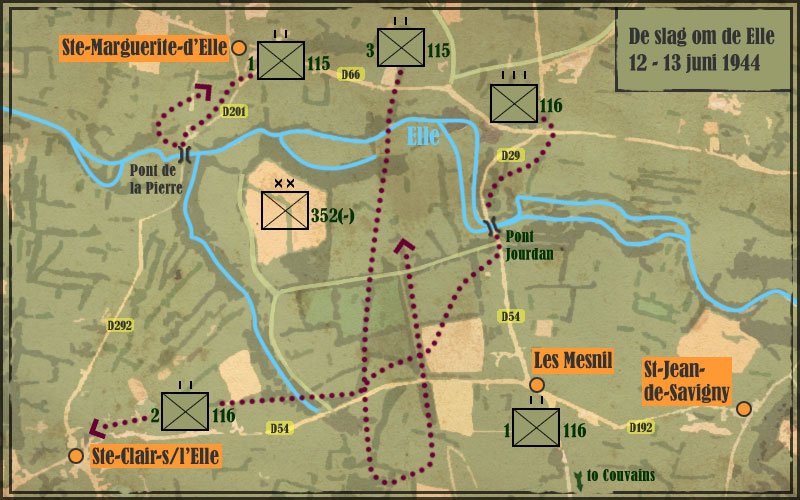 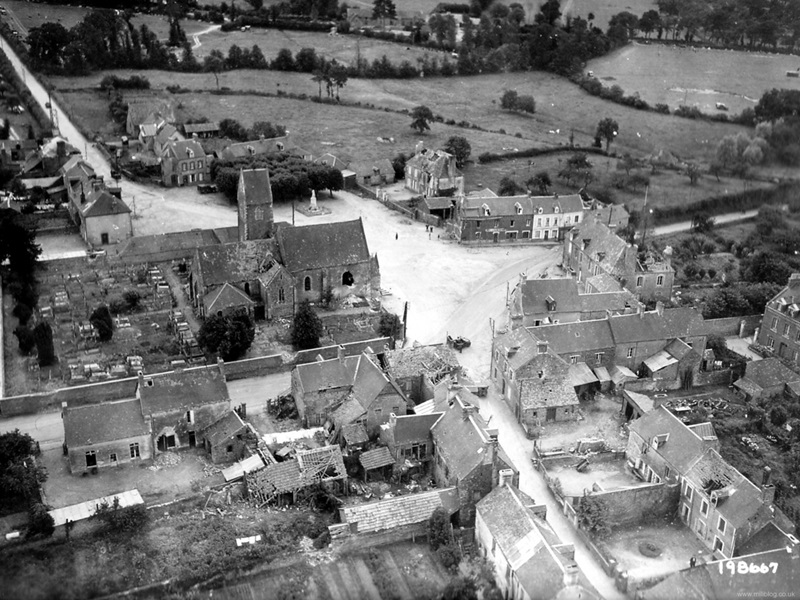 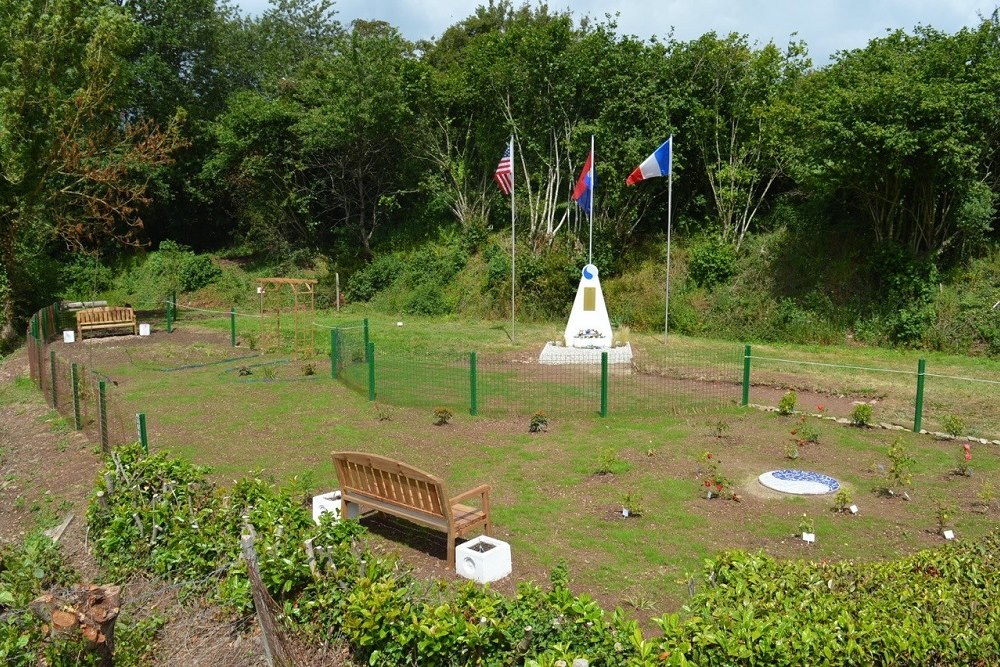 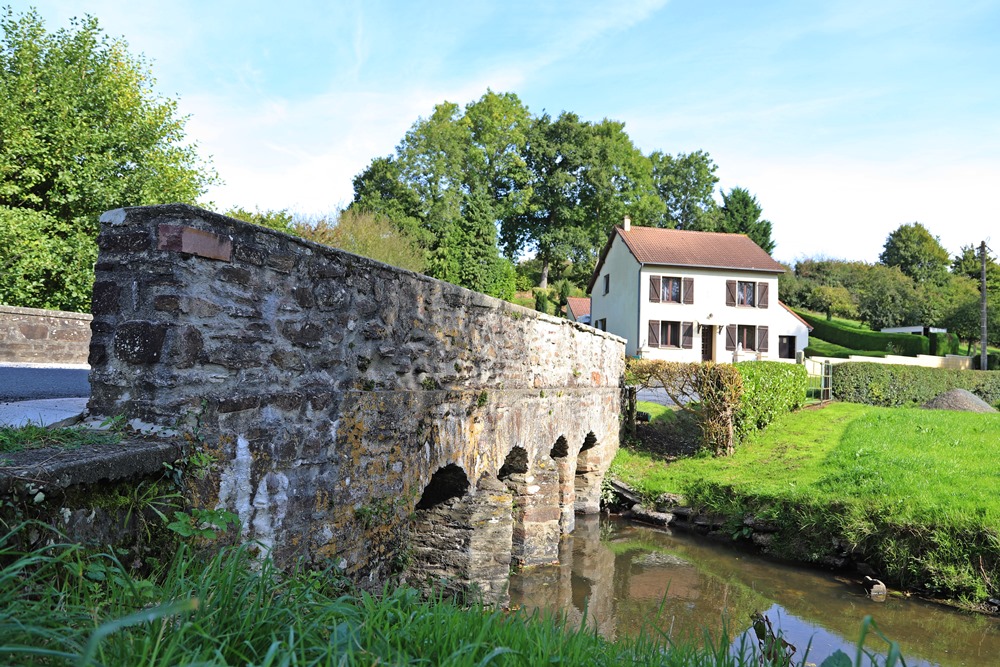 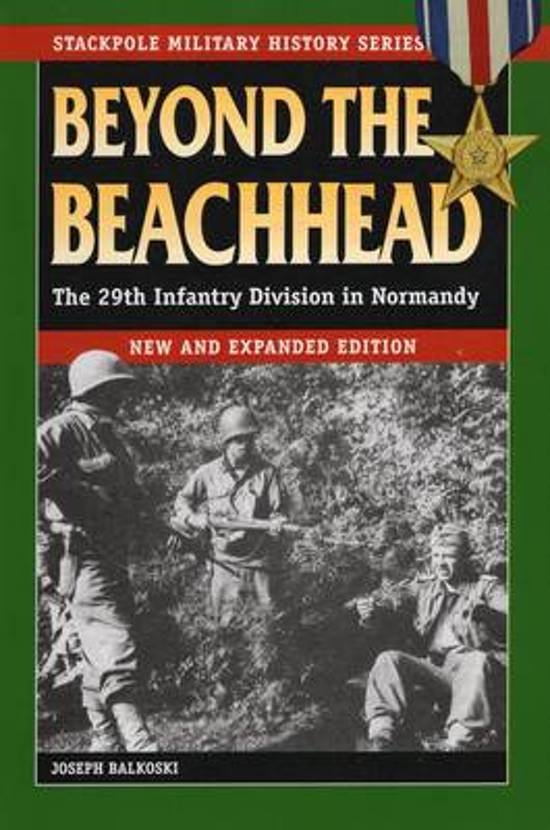 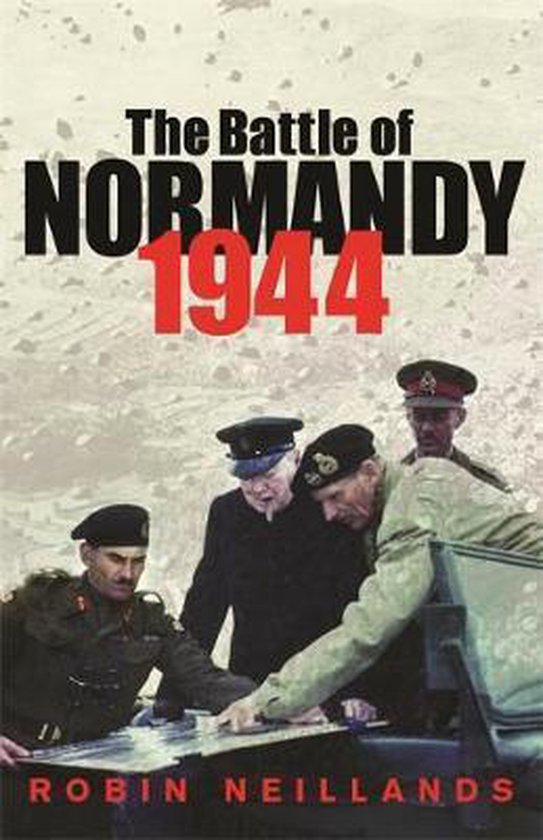 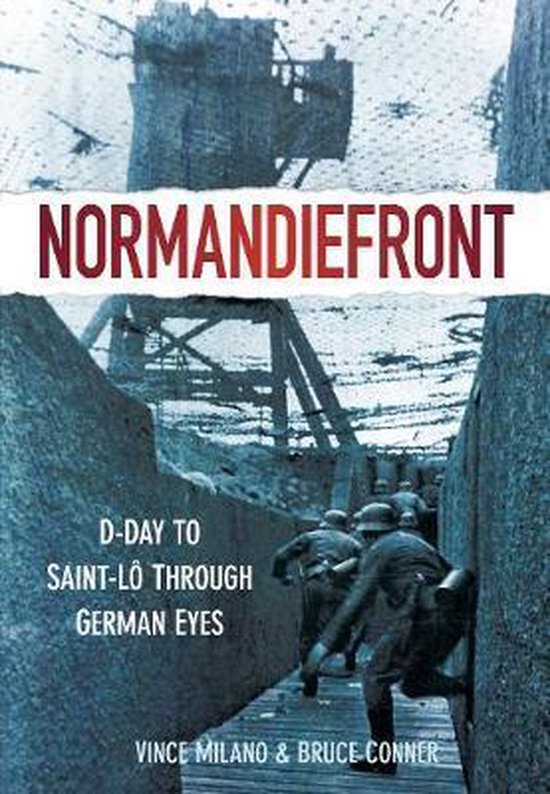 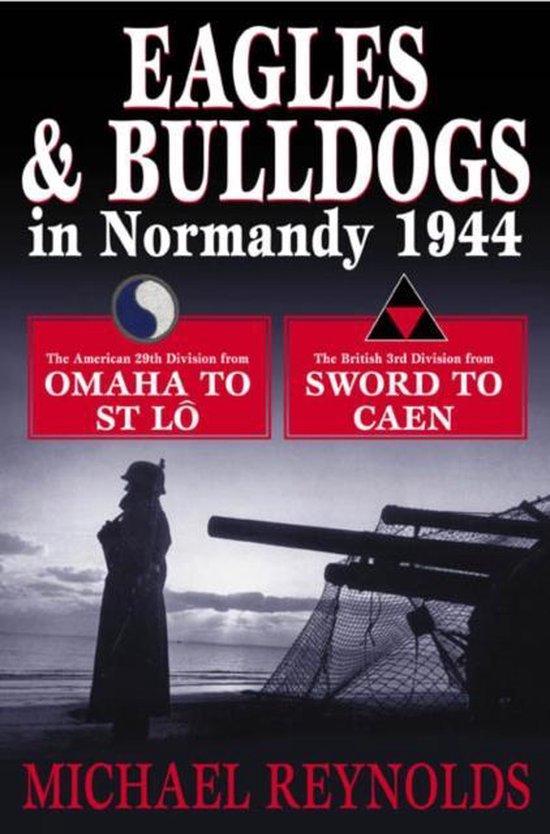 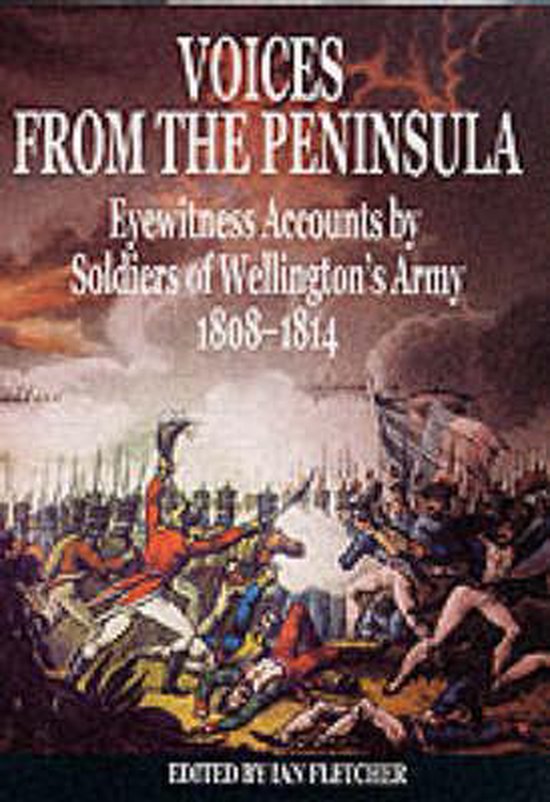