During World War II, a highway was built between Alaska and the rest of the United States with the aim of being used for the transportation of men and equipment during a possible Japanese invasion. The highway was built rapidly through the forest-covered area, in agreement that the US would bear the costs of building the road and that it would become the property of Canada after the war. Fearing a possible invasion, an alternative was also sought to provide Alaska with oil, that in case of emergency they would not run out. A pipeline was then laid between Norman Wells in Canada to the northwest. The line was called Canol, Canadian Oil. This project was to be kept secret from the Japanese.

American troops were deployed to build these connections, including a significant proportion of African Americans who were in segregated units. These units also included 27-year-old Sergeant Robert Hayes and 23-year-old Technician Fifth Grade Hubert Massie. Life was hard because of the temporary circumstances. For example, no investments were made into the places they stayed, because these camps had to be moved regularly as work continued further on. In addition, African Americans faced racism from white people and had to live separately. What was special was that during the construction, the original inhabitants of the area were exposed to dark-skinned people for the first time. 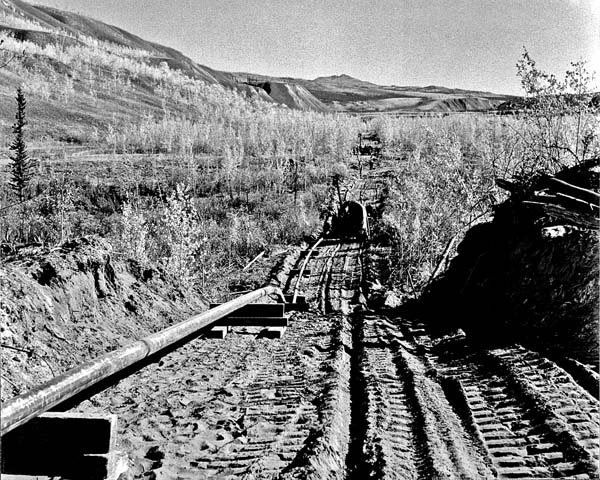 Activities during the construction of the pipeline. Source: Yukon Archives / Public domain

White officers were assigned to supervise the segregated units. Such as, Lieutenant Willis Gardener, the commander of C-squad of the 388th Engineer Battalion, who oversaw the unloading of material from a ship on June 28, 1942. He slipped on a wet board near the water and fell into the freezing Clearwater River. After it became clear that he was about to drown, two of his men, Hayes and Massie, jumped into the water with their clothes and heavy shoes on. Despite the strong current, they eventually managed to get the officer to the side.

They were later awarded the Soldier's Medal for this act by Brigadier General Ludson Worsham of the Corps of Engineers. This medal is awarded to individuals who have behaved heroically outside the battlefield. The award was also taken with a photo of the men and the general, but nothing could be said about the secret project in the press. The location and unit were deliberately concealed, but African American newspapers promised that the men and their unit, like the work of other segregated units, would be announced at a later date. However, it would take until 2012 for the two men to show up in the history books, such as in John Virtue's book on the construction of this road. 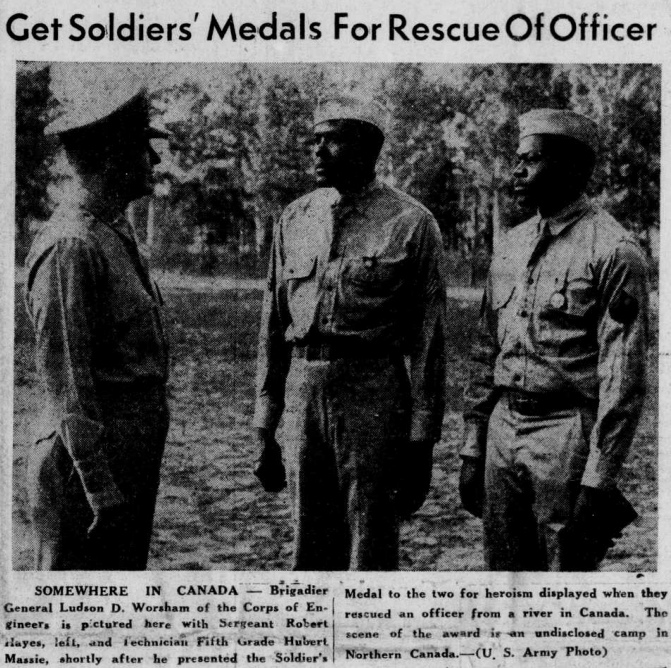 Article from the Jackson Advocate of October 30, 1943. Source: Chronicling America

The pair was unique in that no other soldier working on the Canol Project or the Alaska Highway was honored in this way. In the harsh conditions in which they had to work, the two men managed to win the esteem of their white fellows.

What happened to both men after this act is unknown. The 388th was disbanded after the war, to be reactivated in the 1950s and renamed the 588th Engineer Battalion. This unit still exists to this day.

In 1943, work on the pipeline was further carried out by civilians. It only came into use in 1944. The pipeline itself was seen as a failure, because of the cost of labor and money for a project that was no longer needed. In the spring of 1945, the pipeline was no longer used. Abandoned military material is still found along the pipes, which was thrown away in a hurry to build everything. 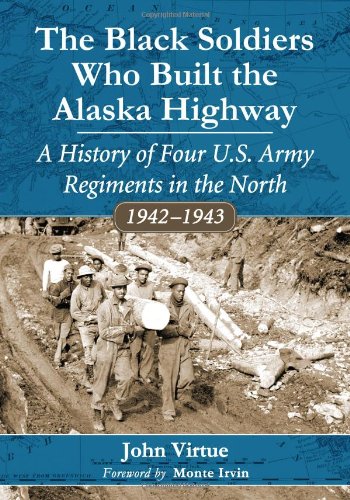