The "Fliegerschaftsabziechen" was introduced by the Reichsminister der Luftfahrt, Hermann Göring on January 19th, 1935. It could be obtained after succesfully completing the airman training by the Reichsluftfahrtministerium.

The oval decoration shows the Luftwaffe-eagle with swastica in its claws, placed in an oval with on the right a laurel wrath and on the left a oak leaf. Formally it was to be worn on the left breast pocket. 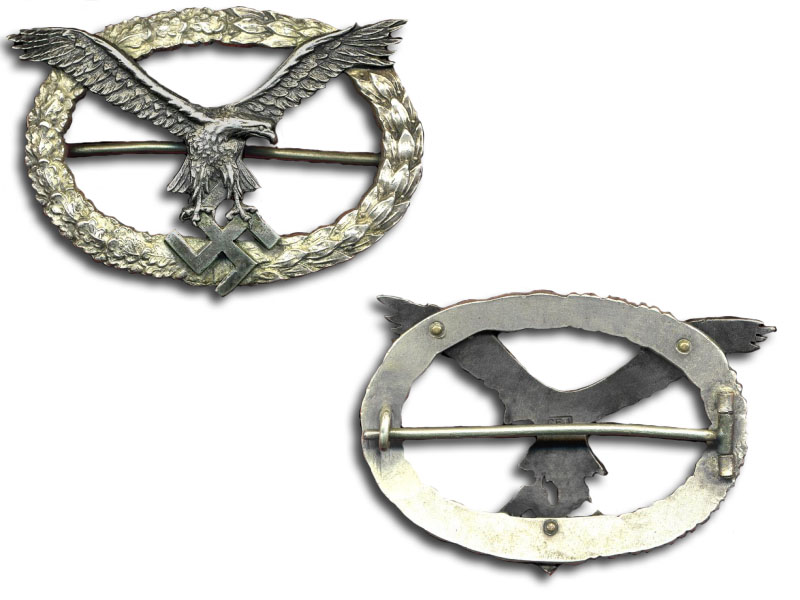