The Noble Patron of Armor Award

The United States Armor Association awards its Noble Patron of Armor Award to individuals who have contributed considerably to the operational success of armor and cavalry organizations. The award is bestowed upon civilians or service members who are not branched armor.

Any member of the U.S. Armor Association may nominate an individual for the Patron Award. The first armor/cavalry colonel (O-6) in the chain of command or another combat arms O-6 acting in a command capacity where his unit contains armor or cavalry forces may approve the Noble Patron of Armor Award. The letter of nomination should be in a non-military format and include a biography of the nominee. 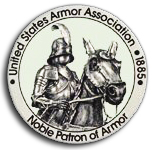