Deutsches Olympia Ehrenzeichen 1936 (German Olympic Medal of Honor).
This award was instituted by Adolf Hitler on February 4th, 1936 as recognition for those who had contributed to the organisation and execution of the Olympic Winter and/or Summer Games of 1936.
The award consists of two classes, the First and the Second. The award was presented by Adolf Hitler himself after recommendation by the Secretary of the Interior and was accompanied by a "Besitzerzeugnis" (recommendation) signed by Hitler. After the death of the recipient, the next of kin were allowed to keep the award as a memory.
On July 31st, 1936, Adolf Hitler instituted a Deutsche Olympia Erinnerungsmedaille (German Olympic Memory Medal) in addition to the Deutsches Olympia Ehrenzeichen 1936. 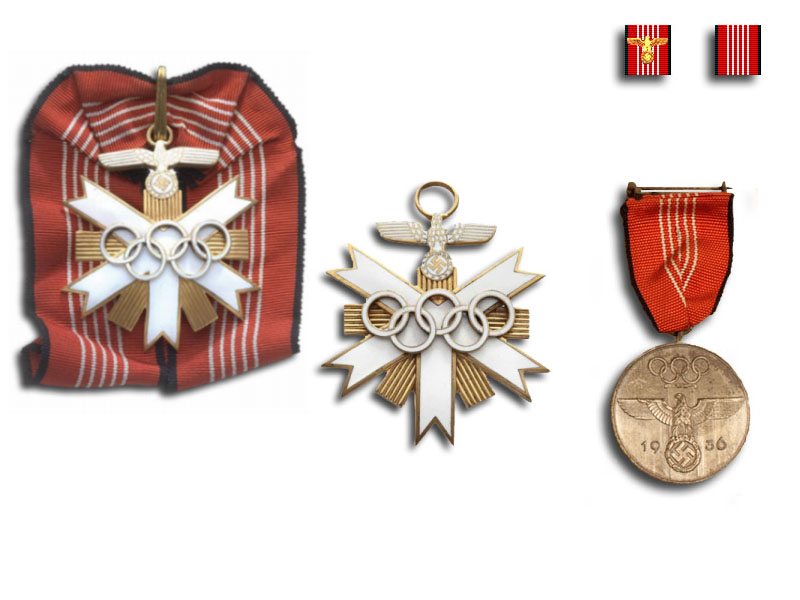 Olympia ErinnerungsmedailleCommemorative Medal for the Olympic Games
In the database: 12
Issued:54915