The medal "Internement 10-14 May 1940" was introduced after a decree of Anton Mussert in the fall of 1940. The medal was meant for member of the National Socialist Movement (NSB) that were interned between May 10th and May 15th 1940. The medal was meant to honour those who were interned, but also to underline the bond between the NSB and the German Reich. This can be seen by the awarding of three Golden Medals to Seys-Inquart, Schmidt and Hauptmann Siebel.
Besides NSB members, also German Citizens that were interned in the Netherlands during the same periods could receive the medal.

The medal was designed by NSB-member and artist F. Gerdes and was produced at Gerritsen en van Kempen. 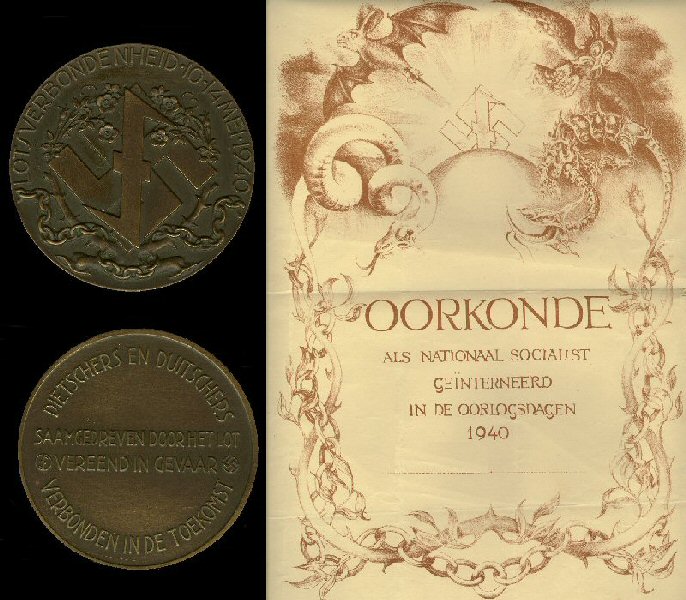