The Order was instituted October 10th, 1943 and has three classes. The three classes can be awarded by rank to officers and men of the Red Armed Forces as well as to leaders of partisan units and its members for having specially distinguished themselves in battle.
The badge is a ten-pointed star mounted behind an ornamental ring. Inside the ring is a portrait of Bogdan Khmelnitsky in a robe and holding a sceptre.
For further details, see each class. 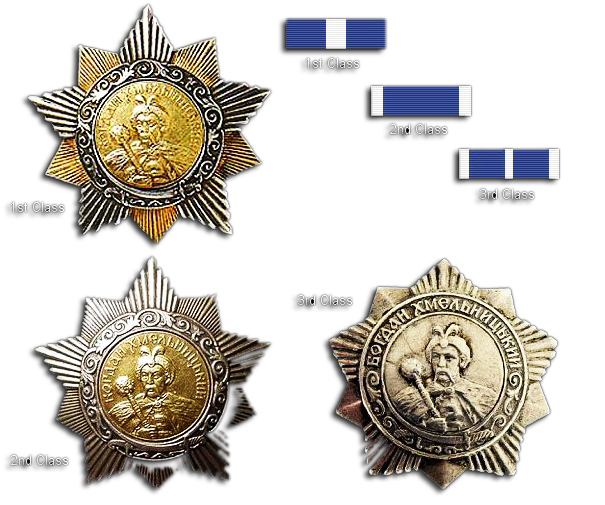