The on August 19th 1936 instituted "Abzeichen für Heeresbergführer" was meant for professional mountain climbers that were recognised as "Bergführer" and had proven so for at least one year. The metal decoration consists of a silver Edelweiss flower with golden core, surronded by a white band, on which in Gothic writings the text "Heeresbergführer" can be seen. It was to be worn on the left breast pocket. 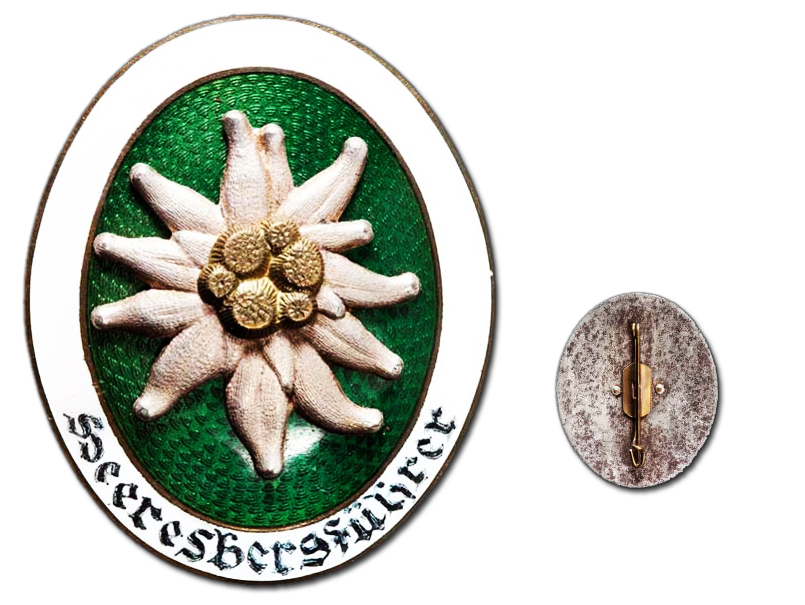