This pentagonal award was created on 6 August 1948 for those who, because of their resistance activities, were imprisoned for at least three months either in a French prison or, having been deported, in a prison or concentrationcamp outside France.

The ribbon indicates the right difference :
For imprisonment in France the ribbon has diagonal stripes and for deportees the ribbon has vertical stripes. The ribbon colours used are pale blue and white, symbolising the concentration camp uniform, with red edge stripes.

The obverse of the award depicts two chained hands against a background of flames. The awards was made available retroactively to those who had undergone a similar fate during World War 1 and this was indicated by a bar "1914-1918" on the ribbon. 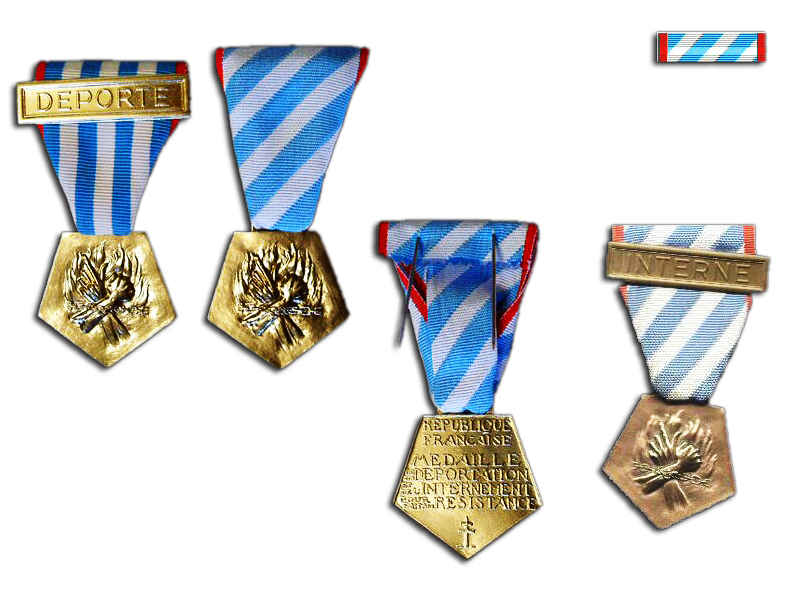