This circular and silvered bronze award was instituted on 27 December 1954 and was awarded to persons of French origin, living in the former parts of Germany, Alsace and Lorraine, who, because of their patriotism, were arrested by the Germans and interned for a minimum period of three months. 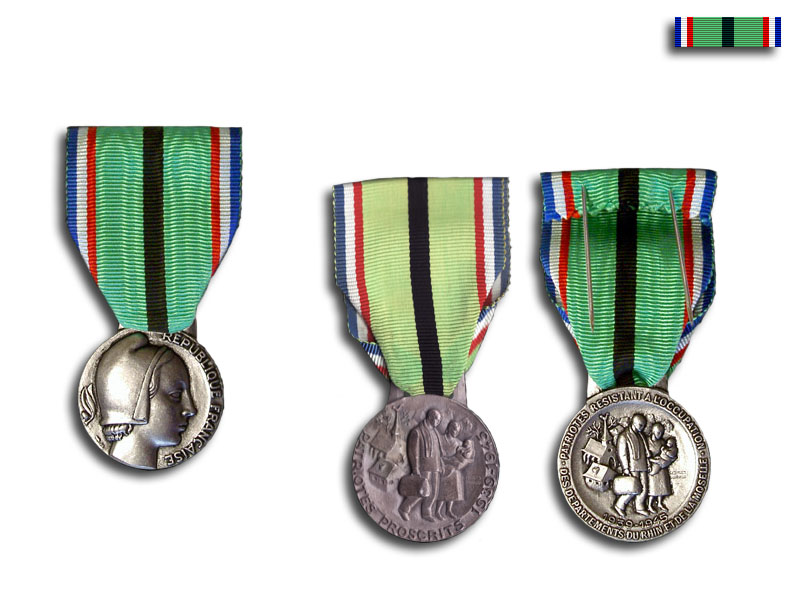