The Bukochosho, or populary known as Bukosho, was instituted on December 7th, 1944, during the three years anniversary of the Pearl Harbor attack. During the cuase of the Second World War it became obvious the road it took to award a Japanese Order took to much time. To keep the morale high, a decoration was needed that could be awarded faster at the level of a Divisional Commander when courage was shown. This became the Bukochosho. 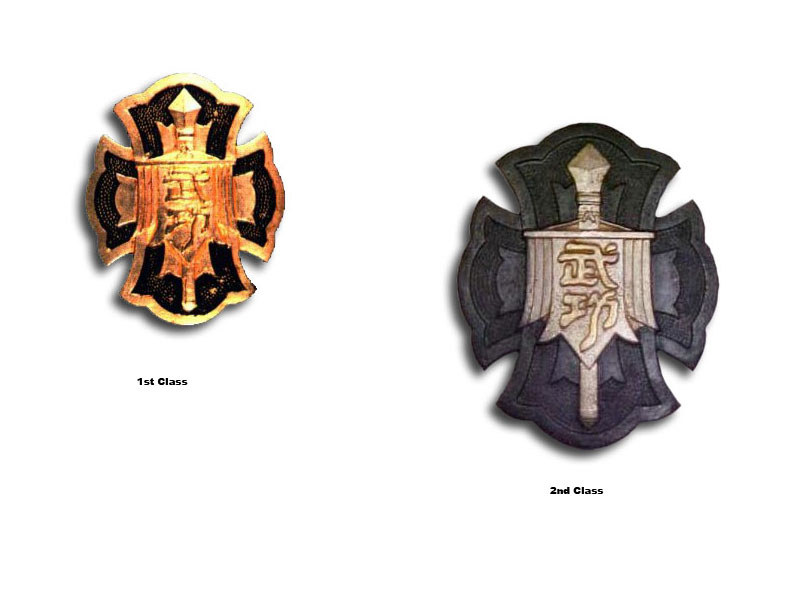