The breastcross of the Friends of former Natzweilers 1940-1945 Foundation , also called the Nacht und Nebel Commemoration Cross was instituted in 1976. It was meant to be presented to those who had been imprisoned between 1940 and 1945 in concentration camp Natzweiler as Nacht und Nebel prisoner.
The decoration, designed by Frans Smits, takes the form of a pin depicting a silver plated bronze cross with inwards rounded edges. The years 1940 and 1945 are engraved on each horizontal arm. In the middle of the cross, where the arms meet, is a medallion with two characters N in red enamel surrounded by a strand of barbed wire. A number, corresponding to the number of the accompanying recommendation is engraved on the reverse.
Military personnel to whom the decoration has been presented, was allowed to wear it on the uniform. As far as known, 109 crosses have been presented. 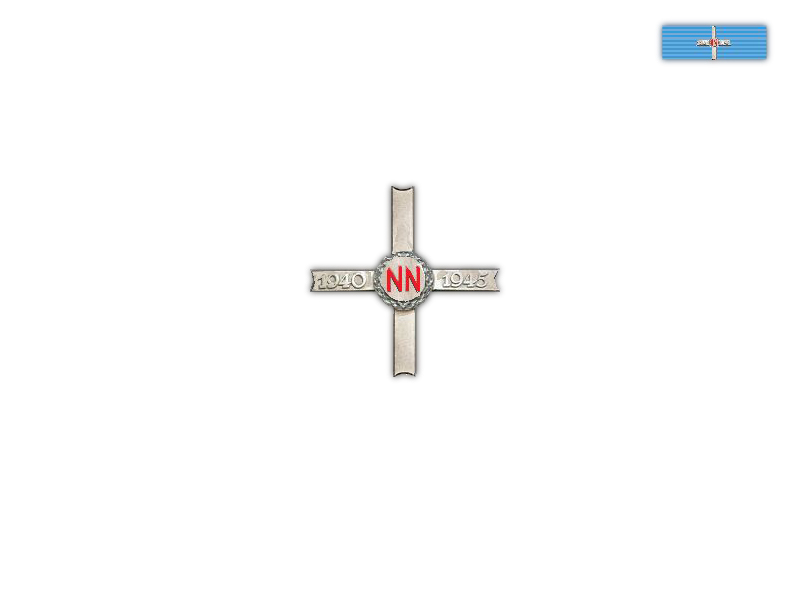