The Japanese Military wounded badge knows two variants:
- Sen-sho for persons wounded in battle;
- Ko'sho for persons wounded in other circumstances.
It was established on August 3rd 1938, with variants dating back to 1913.
The Sen-sho variant is shown here.
The decoration shows a 30 mm cross with red enamelled arms. The other parts are silver or guided. The center shows on a medallion the image of Kusunoke Masashige, a medieval Samurai. 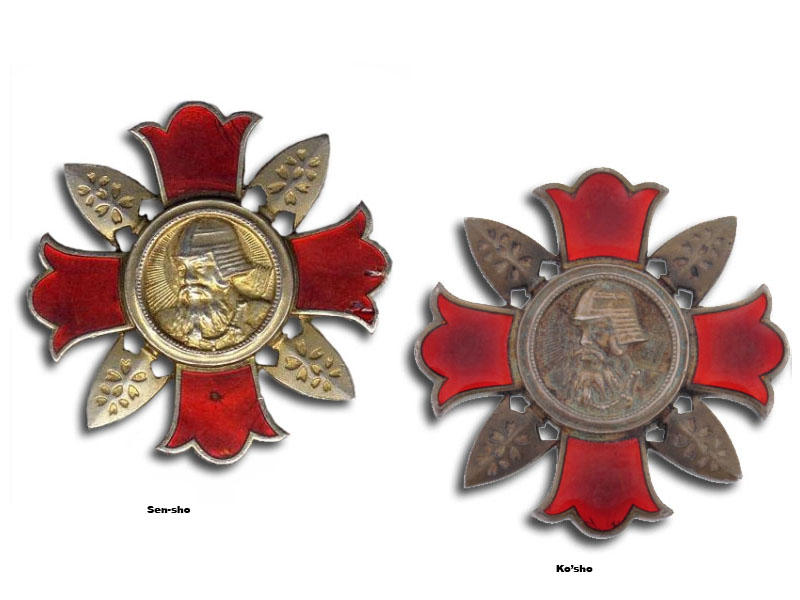