The Medal "Za oboronu Stalingrada" (Medal for the Defense of Stalingrad) was awarded to military who participated in the defence of Stalingrad. The decoration was instituted by Josif Stalin on December 22nd, 1942.

Formally it could be awarded to any member of the Red Army, who honorably participated in the defence of the city between July 12th, 1942 and November 19th, 1942.

The bronze coloured medal shows on the adverse a row of military with tanks and planes in the background. On the right, the Soviet flag is shown. Above the figures the text FOR THE DEFENCE OF STALINGRAD is shown where the second and third word are split form each other with a star.
The reverse shows the hammer and sickel with on three levels the text FOR OUR SOVIET FATHERLAND.
The ribbon is of brigth green with a narrow red stripe in the middle. The medal has to be worn on the left breast side. 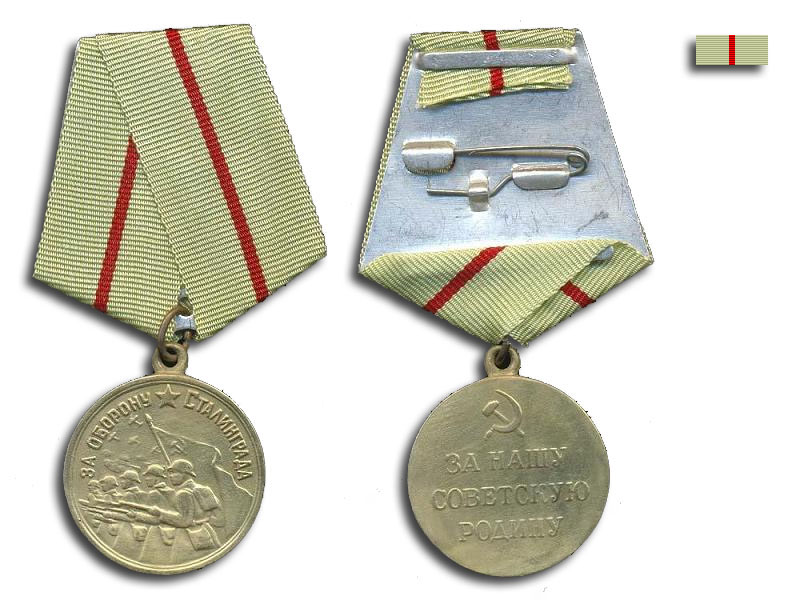