The "Cross of Political Prisoners of the war 1940-1945" was introduced November 13th, 1947. It could be awarded to anyone who had been taken prisoner for political reasons by the German occupation during World War Two.
A clasp with one to four stars can be attached to the ribbon. Each star represents a period of six month imprisonment. A second clasp with addittional stars represents an imprisonment lasting more than two years.
In case a person had died during imprisonment, the decoration could be awarded posthumously. In that case, clasp and stars was made of black enamel and presented to parents or other next of kin who were also authorized to wear it.
The decoration consists of a silver colored cross with on the obverse a triangle in red enamel with a blacck B, symbolizing the badge political prisoners were required to wear on their breast. On the reverse a disk is attached in black enamel with the text; "1940-1945".
The ribbbon has white and blue stripes, symbolizing the prisoners clothing that was worn. 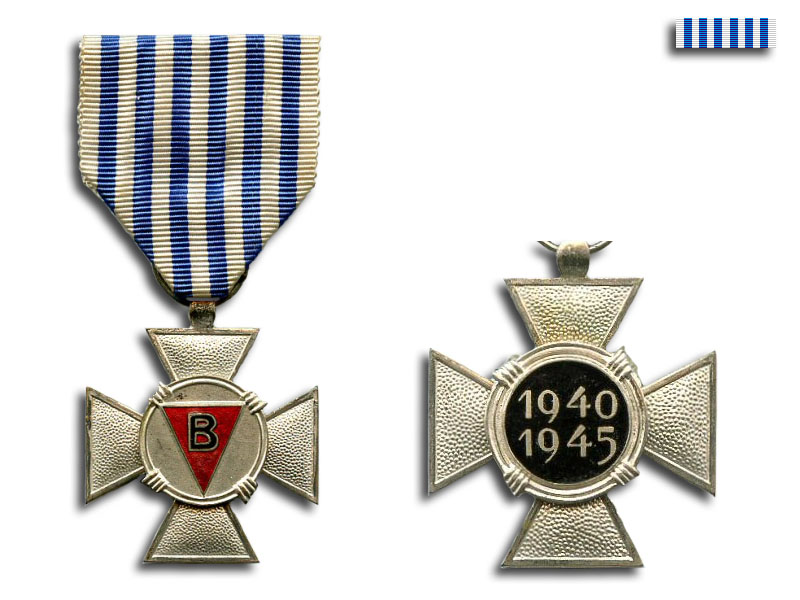