Searching for Nazi escape routes by bike in an empty Berlin

Escaping Hitler's Bunker is the latest book by Sjoerd J. de Boer. It is an overview of the last ten days of Hitler's life. Subsequently it follows the escape of various groups and individuals from that last day when they were in Hitler's vicinity. It is the first time that all escape routes are mapped in a book. In word and images, author and WW 2 expert Sjoerd de Boer tells the stories of the best known occupants of the bunker and the Reichskanzlei. And he reports about various eye witnesses who told him after the war how they had attempted to escape. We asked him a few questions by e-mail about his book. 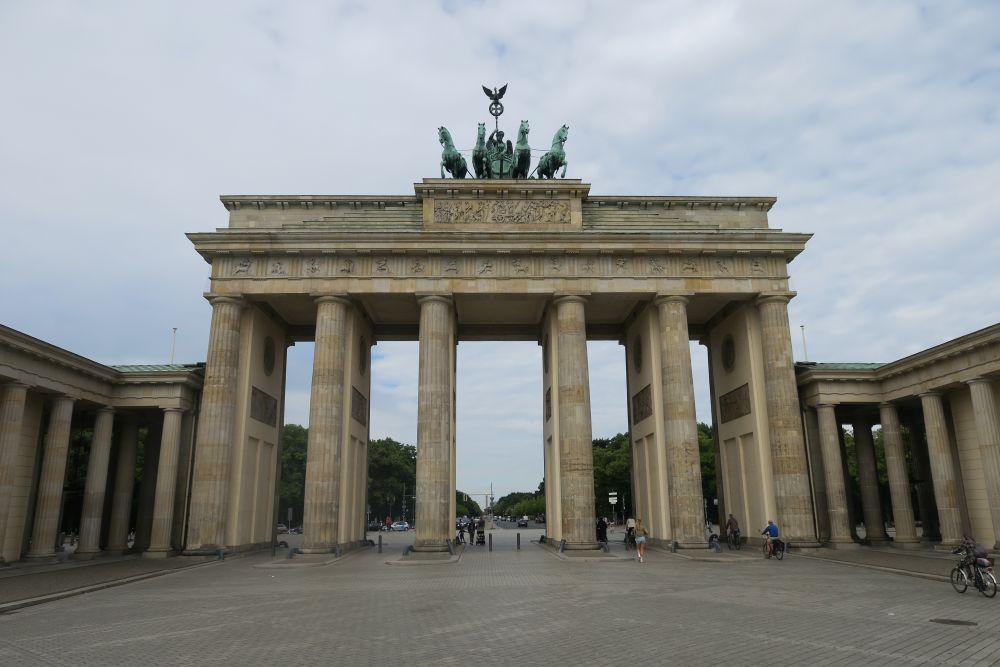 Berlin Brandenburger Tor  As the last people left the bunker, the Red Army already stood close behind the gate.

Much has been written about Hitler's final days and his suicide and a movie has been made about it as well; Der Untergang. What is the angle of attack of your book and what makes it stand out from other books?

Der Untergang only follows one of the groups, that of secretary Traudl Junge. There are more escape stories in this book of almost all followers and coworkers of Hitler who were still in and around the bunker. You read for instance about a few adjutants who had been granted permission by Hitler to join the troops outside the city. Through rubble-strewn streets and the chaos in Tiergarten park, they flee to the West. In small boats, they attempt to cross the wide river Havel. Of course, you can read in the book what happened next. I have kept the part of Hitler's last ten days short but it is included. After all, you have to know where all these people came from. A compilation like this one of the escape stories, I have never encountered anywhere yet. The many recent and historical pictures make it into a beautiful book to leaf through as well. And of course it is very handy to use once you want to follow the traces of the past yourself. 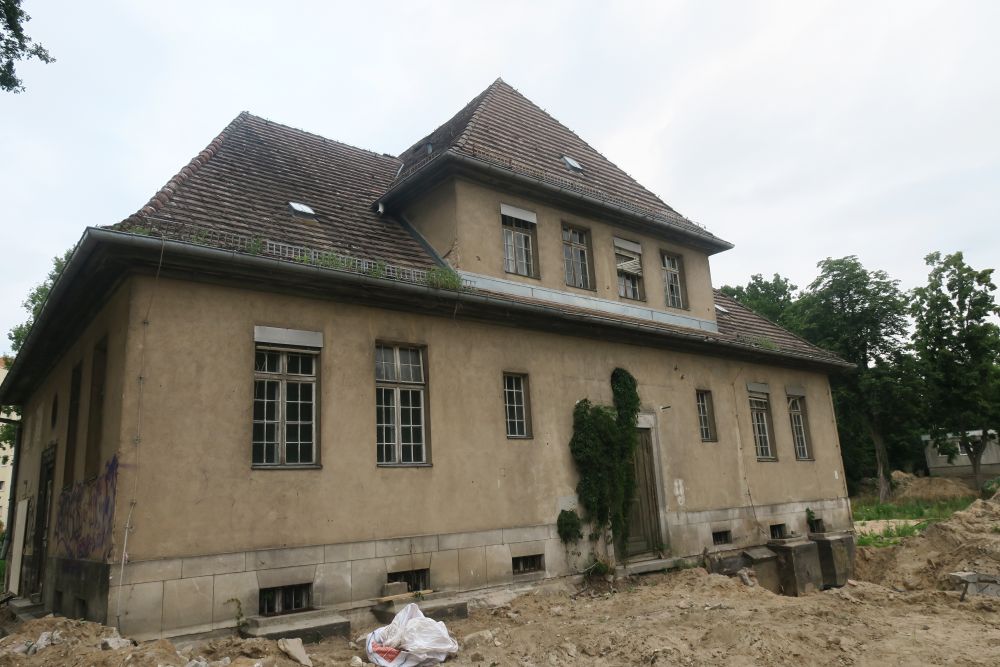 Berlin Buch  The remains of Adolf Hilter and Eva Braun were taken into this former pathology clinic. 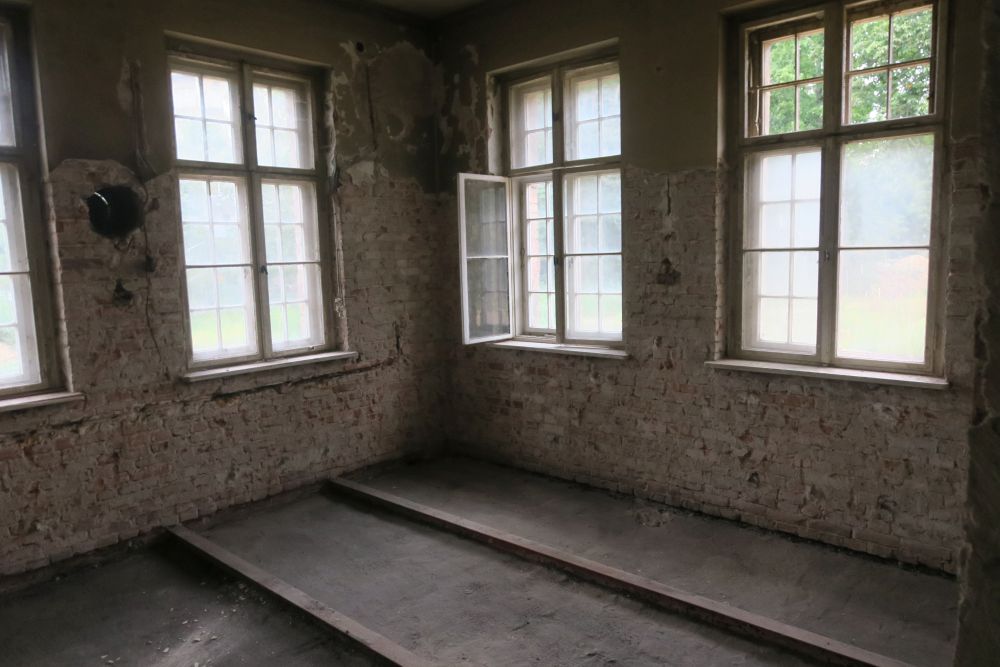 How did you reach the decision to write this book and how did the writing process unfold compared to the other books you have written?

It started with a mail from someone at Frontline Books, an imprint of British publishing firm Pen & Sword. He had seen a story with pictures about the escape of Martin Bormann on my website 'The Hitler pages' and they wanted to publish a book about it. He fled through subway tunnels and across railway bridges to his death. That story was too short for a book though so I suggested to 'follow everyone' still inside the bunker. I traveled in their foot steps and made new pictures on the away. That was real fun to do.

You describe the escape from the bunker of various persons from Hitler' s entourage in great detail. What sources did you use to reconstruct their escape routes?

In stories you encounter in biographies and articles from that period, you'll find names of many people. Of those I check whether they have written personal reports about their escape from the bunker. Sometimes there are various additional post-war interviews still in existence with for instance former minister Albert Speer and the leader of the Hitlerjugend Arthur Axmann. Over time, many people have passed away of course. Yet, a sufficient number of witnesses was left over to tell the complete story. The escape stories of for instance Traudl Junge and Rochus Misch are well-known but when you dig a little deeper you'll also stumble onto stories by people whose names I once read in the margin at best. Also for the less-known people, this was an extremely impressive period in their lives. At the end of the day, you'll end up with a fairly comprehensive manuscript which includes all of these escape stories. 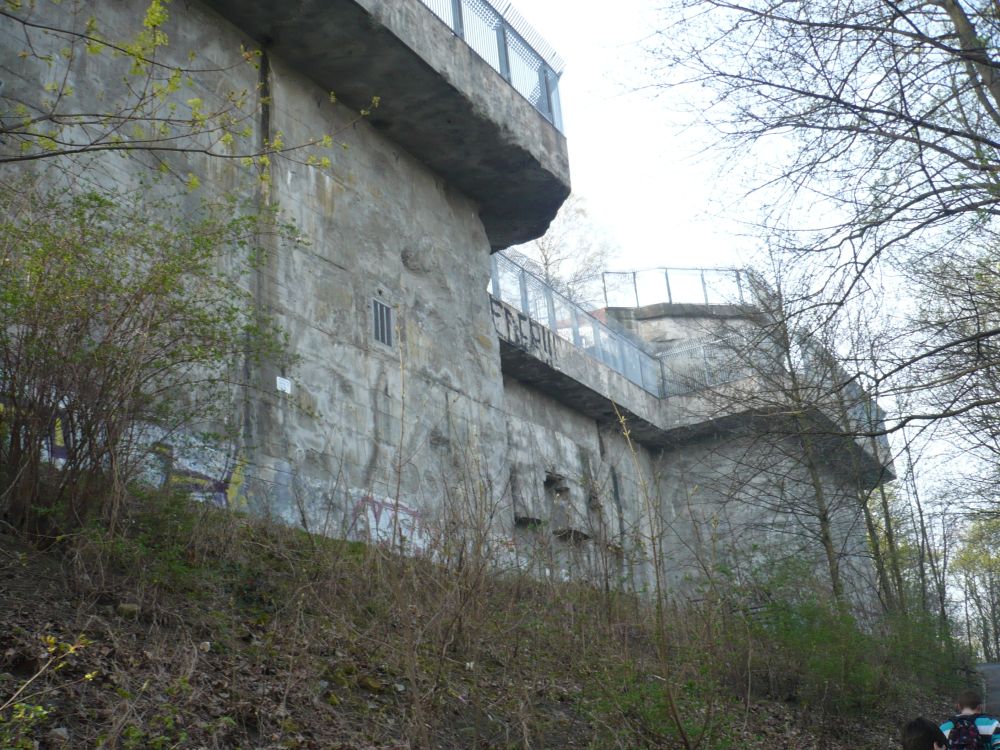 Did you try to place yourself in the position of the men and women who remained with Hitler until the very end? Were they so loyal to their Führer they even wanted to sacrifice their own lives for him or were they indecisive and obedient, rather than obsessed by him?

With someone such as telephone operator Rochus Misch, this was easier than with others. I met him once a few years ago and that made it easier. In his book he recalled his doubts. Being the only one in charge of the telephone exchange, he was to stay inside the bunker, even after Hitler's death. Joseph Goebbels took over from Hitler for a while but even he couldn't do without an active telephone line. In the few moments Misch had nothing to do, he mused about the senselessness of continuing the fighting. This of course is understandable. I am bothered far more by the entirely uncritical types of whom many committed suicide. Of course you'll never known which self-reflections someone still has at the last moment and I can imagine very well that you'll be shocked when something you strongly believe in comes to an end. I will never understand someone like Magda Goebbels though. She killed her own children because she thought their lives wouldn't make any sense anymore after the fall of the Third Reich. How can anyone do such a thing? 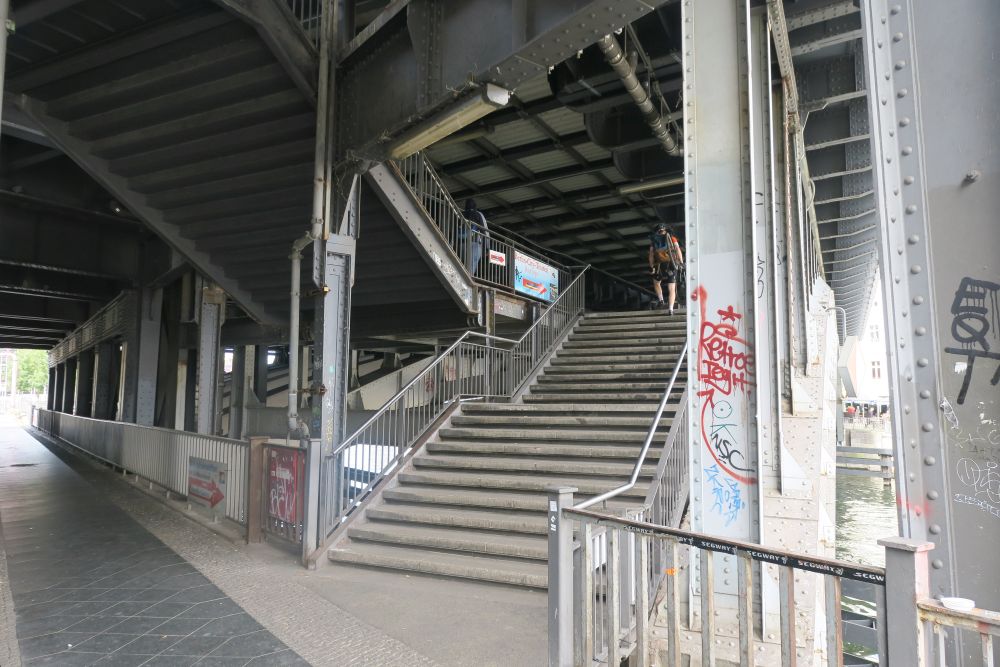 Berlin Friedrichstraße S-Bahn Brücke  Via similar stairs, barricaded at the time, various groups of escapees attempted to reach the tracks of the S-bahn (subway) in order to cross the river Spree. 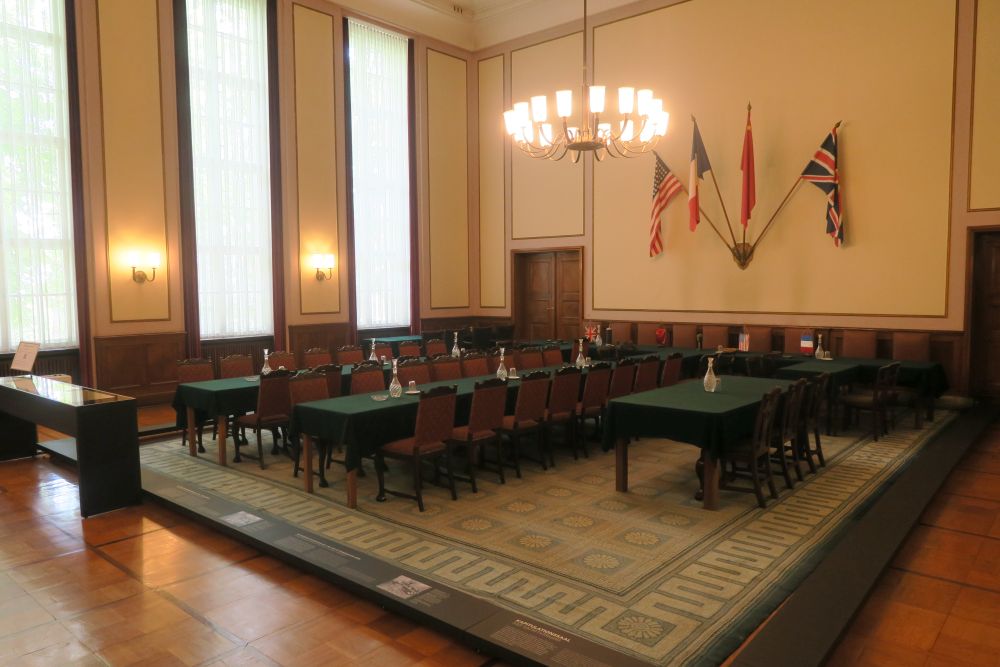 Berlin Deutsch-Russisches Museum  The location where the German capitulation was signed.

In your book, you include many pictures of locations in today's Berlin which were on the escape routes of the persons in your book. What was it like to roam through Berlin in order to track down all those locations and take pictures of them.

Great. I have been in Berlin regularly, also to take pictures but this time it was a little different. Hotels were empty due to corona restrictions, I bought my breakfast at the supermarket, there were hardly any tourists. The city was pleasantly quiet and that makes taking pictures easier. I rented a bike and cycled past all locations I wanted to see. I covered the northern part of the country by car: three regions north of Berlin, the region around Hamburg and the area on the Danish border. I still had sufficient material on the Obersalzberg so I didn't have to go there. Very convenient after traveling became much more difficult.

Escaping Hitler's Bunker
The Fate of the Third Reich's Leaders
ISBN: 9781526792693
More information about this book 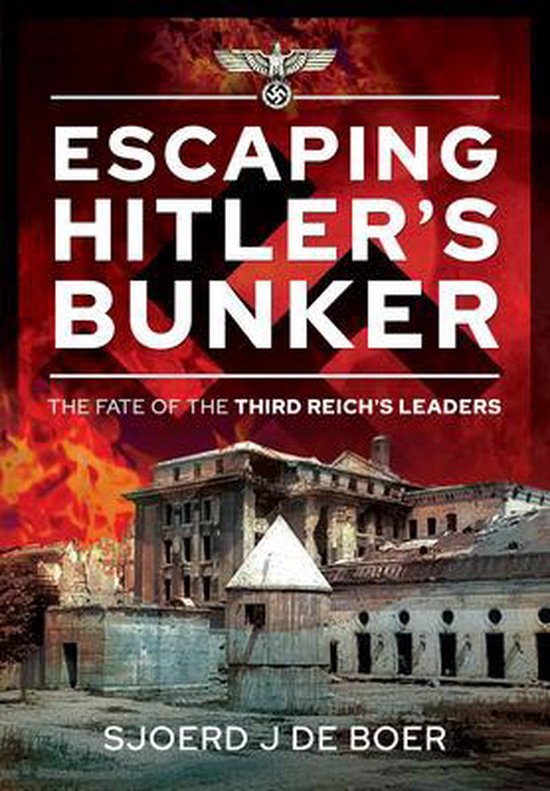