In January 1942, ms Aagtekerk rammed a Germman Uboat after it had hit the British ss Llanstephan Castle with a torpedo in the Gulf of Biscay. After the ramming, the Uboat was sunk with gunfire. On June 14th, 1942, ms Aagekerk sailed with Convoy WM 11 in the Mediterranean from Alexansria to Malta. North of Tobruk (34.00 N.W. and 23.40 E.L.) the ship was sunk by German bombers. In this 15 men were killed. 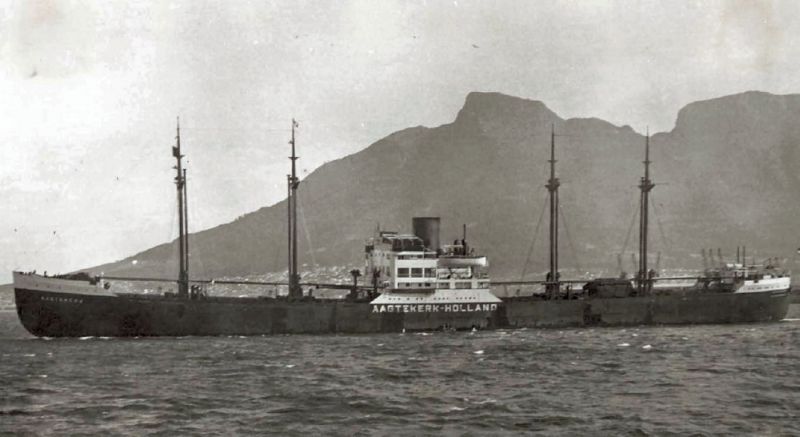