Recommendation:
Honorary Major Addie was Senior Chaplain (Protestant), 4 Canadian Armoured Division when this formation landed in Normandy and he continued in that capacity throughout the fighting in France, Belgium, Holland and Germany. He was wounded in August 1944 in Normandy but returned to the division from hospital and was Senior Chaplain (Protestant) during the entire Netherlands campaign. Honorary Major Addie supervised the work of all Protestant chaplains in the division and coordinated all matters of policy to do with the ministering to the spiritual needs of the division. Under his able administration all units in the formation were covered by chaplains at all times. He was constantly visiting the forward troops when they were in action, encouraging his chaplains in their work when the going was hardest and ministering to the sick and wounded. When relief of a unit chaplain was necessary, Honorary Major Addie always went himself until a replacement could be sent forward from the base area. In the fighting around Bergen op Zoom and on the Maas River he was always to be found in the forward areas and his cheerful disposition and personal courage was a fine example to all with whom he came in contact. This officer was fearless under fire and served the spiritual needs of his units well and faithfully. He was minister, friend and counselor to all ranks and never spared himself to meet their needs and difficulties. 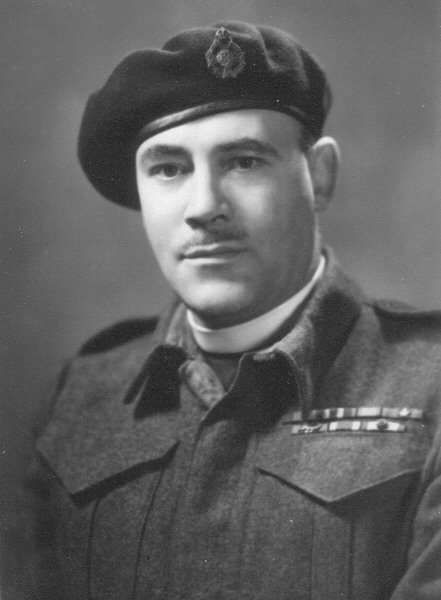