For extraordinary heroism in connection with military operations against an armed enemy, on 26 September 1944, between *** and ***. Two friendly tanks were knocked out by enemy 88-millimeter gun fire while attempting to open the road between X*** and ***. Hearing that personnel from tanks lay wounded in an exposed position without medical aid, Private Whitfield voluntarily drove his quarter-ton truck to the rear of the burning armor, concealed his vehicle, and crawled to the aid of two seriously wounded comrades. He administered aid under enemy fire, made his way back to his vehicle, and despite the enemy fire and exploding tank ammunition, drove his vehicle past the tanks. He loaded the wounded men on the vehicle in full view of the enemy and drove the casulties to the aid station. Private Whitfield again drove to where the tanks were burning, again concealed his vehicle behind a small building, and in the face of enemy fire and the still exploding ammunition, searched the area for more wounded personnel. A direct hit was made on the building, and the vehicle was covered with debris. Clearing his vehicle of the debris, he located several wounded, and, under enemy observation and fire, loaded the wounded and carried them to the aid station. His heroic actions saved the lives of his comrades and were an inspiration to all troops in the area. His actions were in accordance with the highest standards of the Military Service. 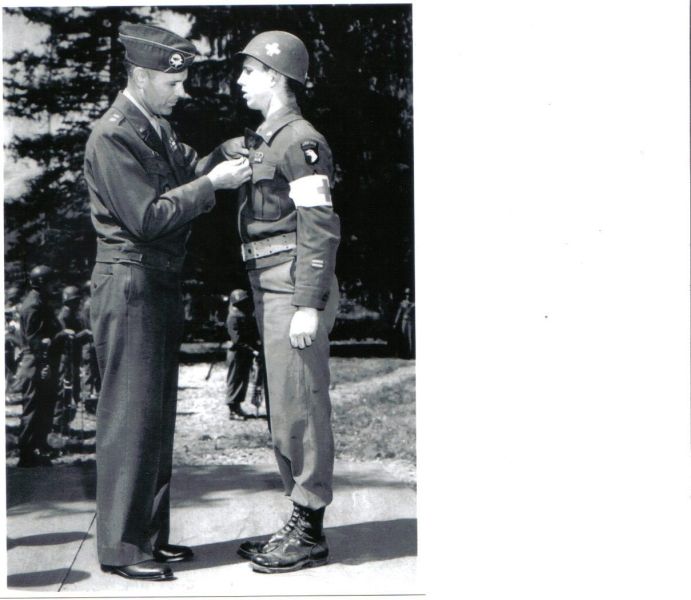